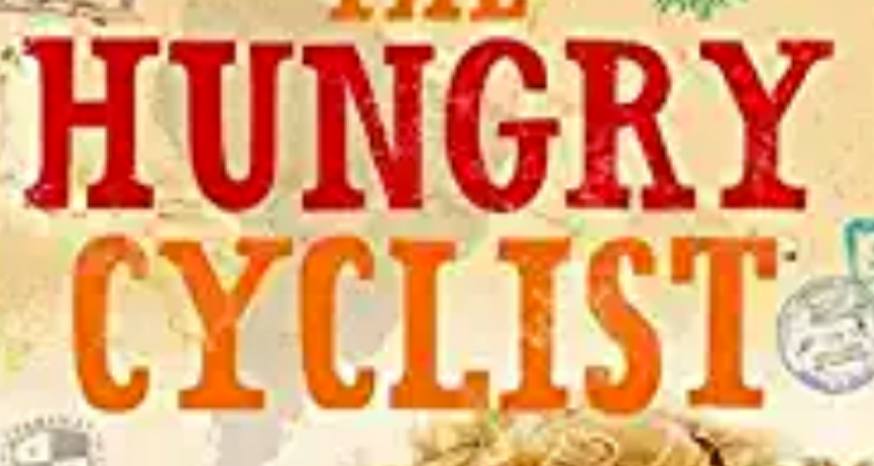 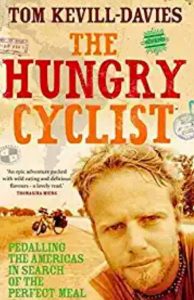 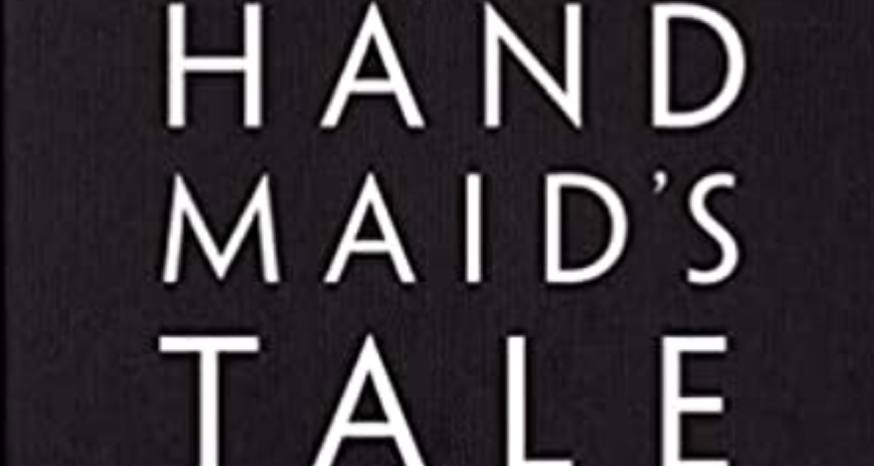 Disturbing. That is the overwhelming feeling I was left with after reading The Handmaid’s Tale by Margaret Atwood (O.W. Toad, 1986).

I didn’t know much about the book before reading it. I’ve never watched the television series, which begins its fourth season in April. 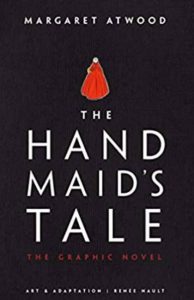 It was during the U.S. Supreme Court hearings last fall for then nominee Amy Coney Barrett that the word “handmaid” caught my attention. When I saw the book on a friend’s shelf I grabbed it knowing it would give me insight into what all the hubbub was about.

Having read it after Jan. 6 made it even more disturbing, especially considering it was published 35 years ago. The book takes place after the U.S. government is overthrown and a totalitarian regime is put in place. The new country is the Republic of Gilead.

The handmaids’ purpose is to bear the children of men they are not married to. Of course, it’s never the man’s fault if the woman does not get pregnant. Simply, it’s sex slavery.

The hierarchy in this new United States is completely about men and their dominance over women. While wives are above handmaids, their lives are also not their own to be lived.

The book was on the 2019 American Library Association’s list of most “challenged” books by parents and other community members because of its “vulgarity and sexual overtones.” To me, any book that is threatened to be censored is one that should be bought by the caseload.

While this is a work of fiction, one has to wonder how far-fetched the theme really is based on how the patriarchy of the United States is running scared. 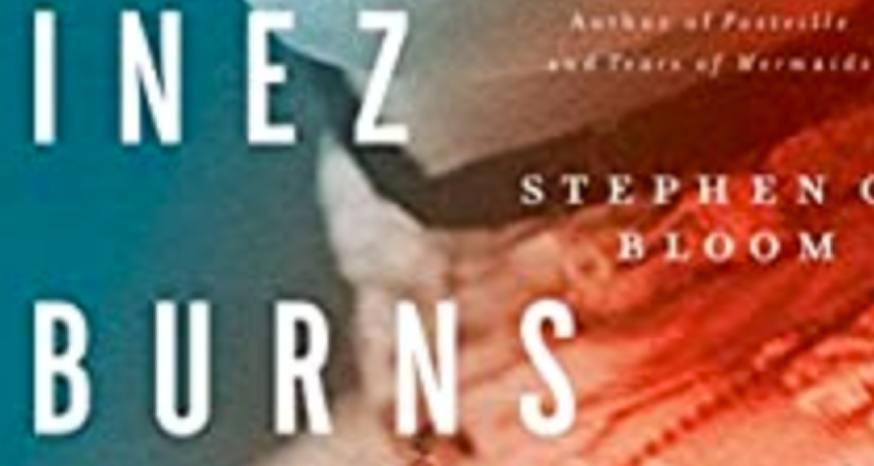 Inez Burns (1886-1976) was no ordinary woman. She was San Francisco’s premier abortionist at a time when her profession was illegal. She never hid what she was doing, nor did she advertise it. She didn’t have to. Word of mouth had women showing up at her office, bribes kept the cops away.

Stephen G. Bloom in the book The Audacity of Inez Burns: Dreams, Desire, Treachery & Ruin in the City of Gold (Simon & Schuster, 2018) paints an incredible tale about a woman who changed so many lives. While it is a biography, it is written more like a thriller. 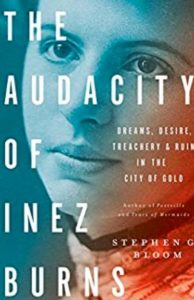 Burns was an integral part of life in San Francisco. While she was poor growing up, she was not going to let that stop her from becoming one of the richest people in The City. The only problem was she could not use banks to store her money because it was obtained in an illegal manner. She learned that investing in real estate was one way to keep investigators at bay, at least for a while.

This is more than a story about an abortionist. It’s a tale about San Francisco in the first half of the 20th century. In many ways it’s a history lesson with a unique, flamboyant main character. It’s a look at social mores, and how they changed through the years. Women’s struggles are front and center. However, Burns’ dark side is not glossed over.

Pat Brown, the former governor of California, is a key player as district attorney of San Francisco. Other names are apt to be familiar to people who have a connection to the Bay Area. 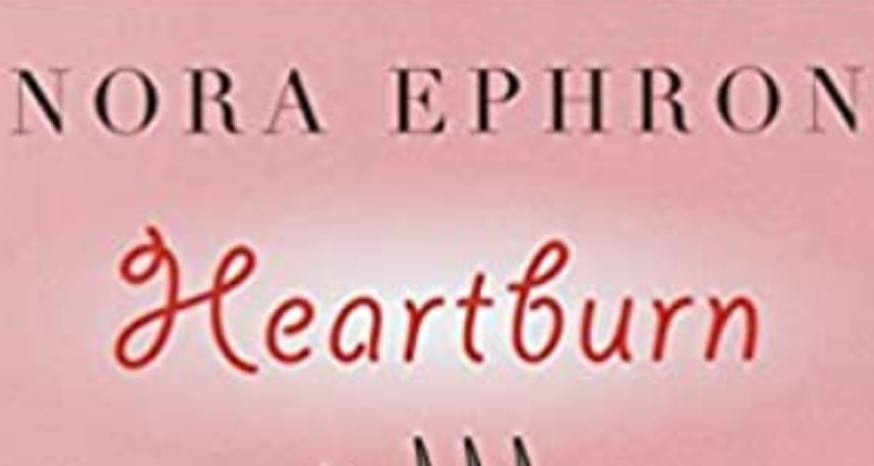 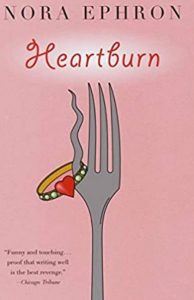 Pledge all you want to love each other forever and live happily ever after, it’s not always the outcome. Nora Ephron takes readers on a whimsical, funny, yet poignant journey of marriage, infidelity—and food—in Heartburn (Vintage Books, 1983).

It’s a quick read. I finished it in two days. It’s a perfect book at the beach or indoors by the fireplace.

Rachel Samstat, a cookbook writer, is the lead character. She is seven months pregnant with her second child. It’s at this time she discovers her husband is having an affair. Naturally, she is devastated. She doesn’t know what to do.

While the topic might seem depressing, Ephron is such a skilled writer that she is able to make the reader laugh at her exploits in life, her vivid imagination, and as she figures out what to do about her future. The fact that recipes are interspersed in the book makes it that much more lighthearted and enjoyable.

It’s the writing that will keep you reading, not the plot so much. The book is based on Ephron’s marriage to journalist Carl Bernstein, so plenty of people are going to know the outcome. 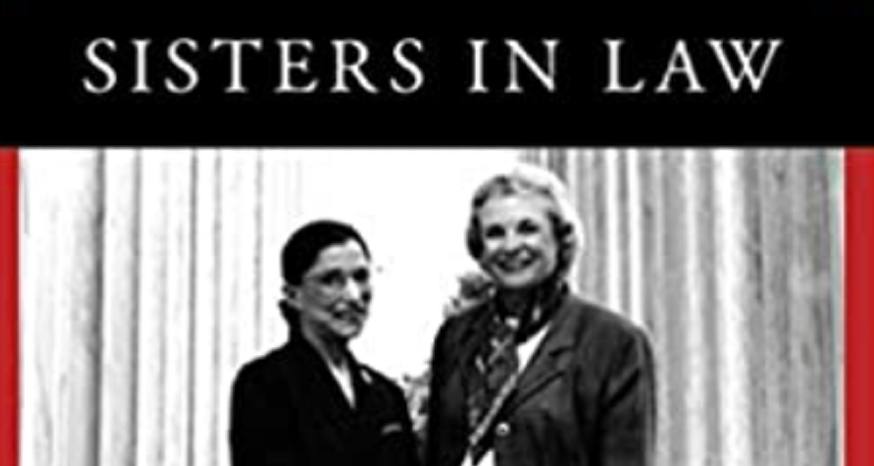 Women’s rights would not be what they are today without U.S. Supreme Court Justices Susan Day O’Connor and Ruth Bader Ginsburg.

Life experience matters, especially when deciding the fate of other people. This is incredibly evident from Linda Hirshman’s book Sisters In Law: How Sandra Day O’Connor and Ruth Bader Ginsburg Went to the Supreme Court and Changed the World (Harper-Collins, 2015). 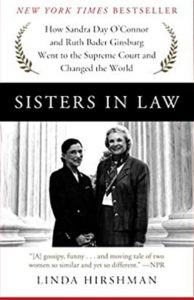 O’Connor and Ginsburg were the first two women to serve on SCOTUS. They were so different (political parties, upbringing, religion), and yet had many similar experiences. One main likeness was both had been discriminated against solely because they were women.

Their approach, though, to bringing about change was strikingly different. This book illustrates how they left their mark on women’s (and men’s) rights as they pertain to employment discrimination, abortion, sexual harassment and other issues.

While the book is about the women, it is also about their colleagues on the top court—interactions, thought processes and allegiances.

This book is part biography, part history lesson, definitely a legal tutorial, but also a study in human behavior. It’s also about friendship. I wanted it to keep going. 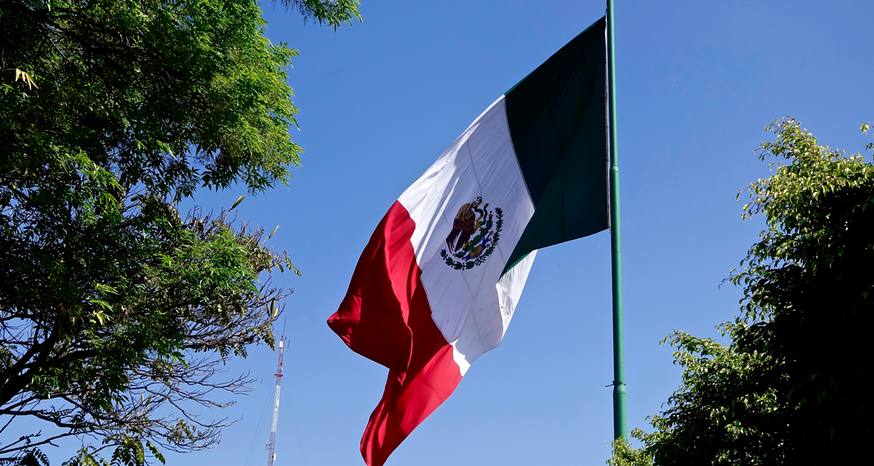 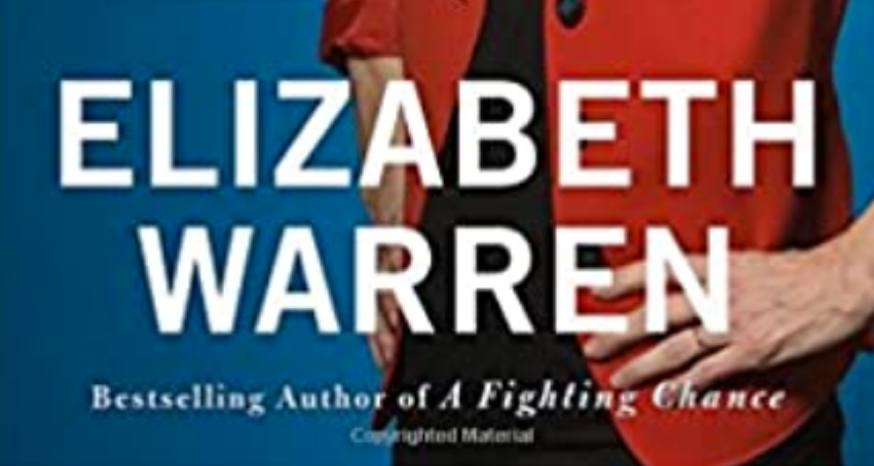 It’s amazing how a few decisions can be so devastating to millions of people. If more people understood deregulation by the government, banking rules, and trade, it would be better for the middle class in the United States.

It doesn’t mean change would be forthcoming, but it might spur dialogue that could lead to change that would help the average American. 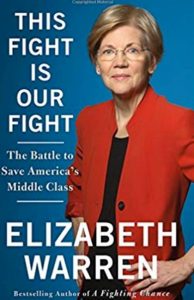 That was one of my take aways from listening to Elizabeth Warren’s book This Fight Is Our Fight: The Battle to Save America’s Middle Class (Metropolitan Books, 2017). Plenty of people will not read the book because of the author. That’s too bad. I would like to hear their thoughts about the issues she brings forth. I listened to the book, which was more enjoyable with Warren being the narrator.

Warren gives example after example how decisions in Washington have benefited the top wage earners and hurt the middle class. She does an excellent job of pointing out how corporate profits don’t trickle down.

Her delivery is candid and to the point. She doesn’t mince words. While in some ways the topic is complex, her explanations are easy to understand.

She looks back at the effects of various administrations through the Trump years. It’s a bit of history lesson as well as current civics. While some of the topics have been covered in daily news stories, to have all of this information in one spot is quite a resource. It also allows for a deeper understanding of all that has and is going on.

More than once she says the U.S. government is no longer serving the people. That is alarming, but reassuring at the same time knowing someone in the Senate is trying to undo the damage. 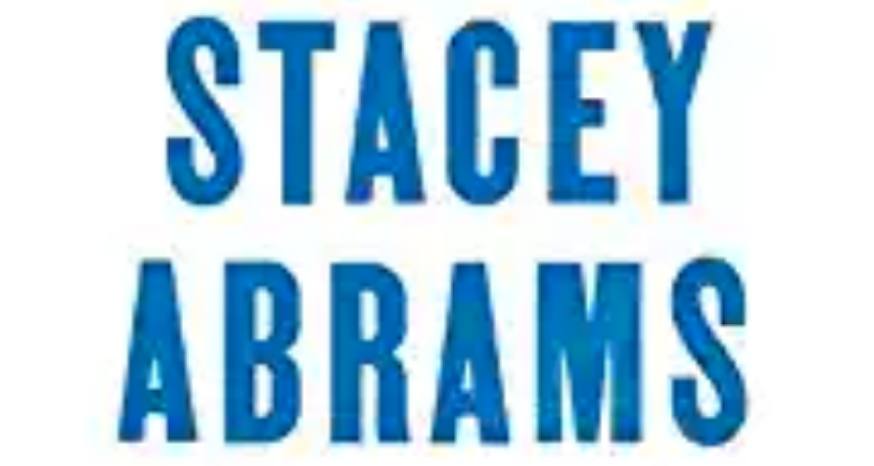 I’ve always known voting is important. However, naively I thought voter suppression was more of a thing of the past and not that prevalent today. I thought the headlines and stories I would read were random occurrences; they were not something I paid much attention to. Shame on me.

Boy, did Stacey Abrams give me an education. In her book Our Time Is Now: Power, Purpose, and the Fight for a Fair America (Henry Holt, 2020) she doesn’t hold back in laying out how widespread voter suppression is in the United States, how it occurs, and why it is important to stamp it out completely. 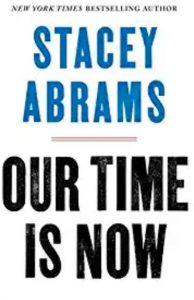 I listened to her book, which she narrates. This made it all the more enjoyable. There was a lot to take in, though. I had to stop for a while in order to digest everything that was being thrown at me.

This book made me think. It made me understand the subtleties of voter suppression as well as the blatant disregard for everyone’s rights. Abrams then explains the consequences; what it means when whole groups of people are not heard from, are not represented, when they are silenced.

While Abrams delves into her plight as a candidate for governor of Georgia in 2018, this is not a memoir, it is not a woe-is-me retrospective. Instead, it is a call to action.

She clearly makes the case that without giving voting access to all, democracy anywhere is threatened. While this might seem obvious, she delves deep into this belief with evidence to prove her point.

This is a book for everyone who cares about democracy—in the United States and throughout the world.