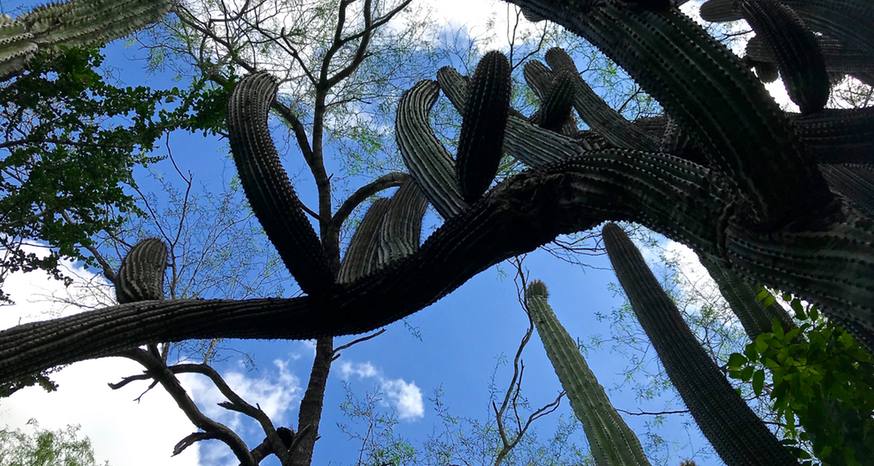 Cacti at the sanctuary near El Triunfo are like an art form as they link together. (Image: Kathryn Reed)

Meandering around, the cacti tower overhead, others are closer to the ground, some are in bloom. They weave together, making it difficult at times to know if it’s one or multiple plants. Dead limbs look like firewood.

While there are plenty of cacti in the desert of Baja California Sur to look at, the Cactus Sanctuary puts so many of them in one place. 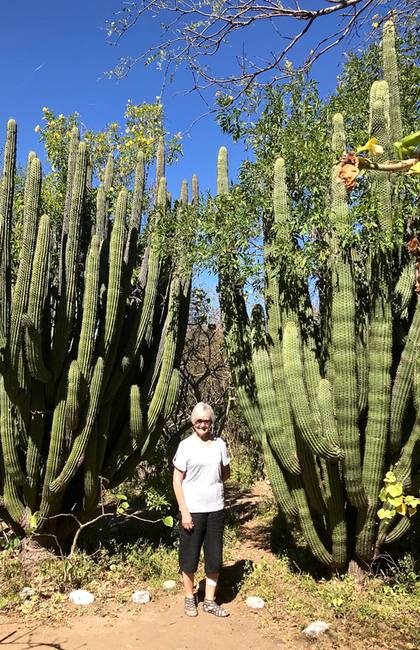 The park opened in 1997, with development by the Intercacti Group. A sign out front says visitors will find: a high density of cacti, nurse plant system, zoochory processes, pseudoephiphytic growth of cacti, primitive cactus, cacti with monster growth, and seed germination in situ. 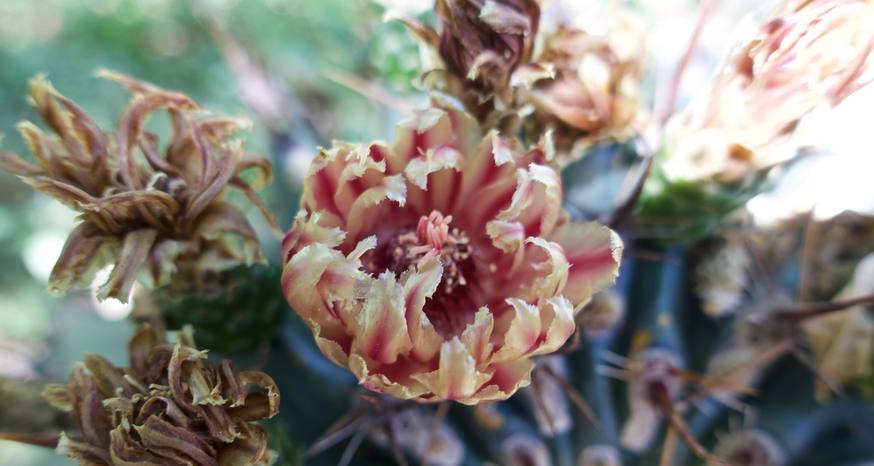 Most of the blooms occur after the rainy season in Baja. (Image: Kathryn Reed)

Not being an entomologist or a cacti expert, I’m not sure if we saw all of the above.

I first went to see the cacti last October with friends who were visiting from Arizona, then a month later with my mom. It’s one of those places that I wouldn’t go to just for the cacti, but it is a good side trip when visiting El Triunfo. Part of this has to do with the upkeep, or rather lack of. The signage is sketchy, with some being faded or damaged – so not readable in English or Spanish. Plus, the entire place is overgrown and not well kept.

Reports are that the sanctuary looked a lot better before Hurricane Odile struck in 2014. 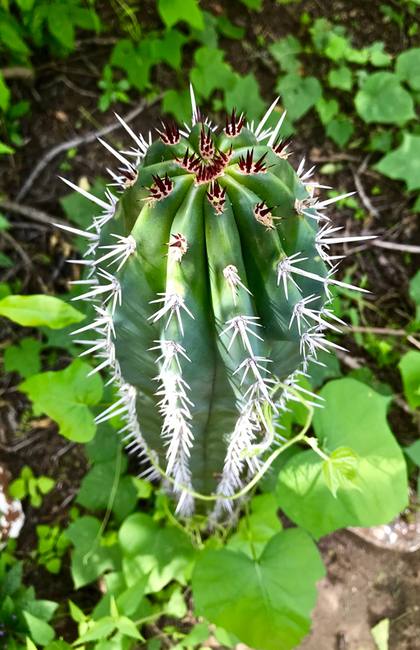 On the first visit a man tried to show us somethings as we had already made the circular trek through the sanctuary. Then we realized he just wanted money and didn’t appear to actually be working there.

If there were tours, or some way to know what we were looking at (some claim there is a 500-year-old cacti there), it would have been more enjoyable. 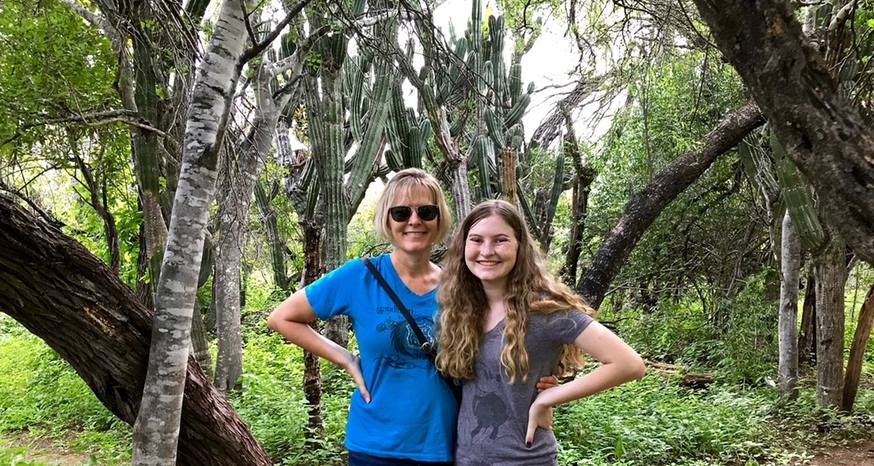 Despite the lack of upkeep, it was still worth the walk because of how peaceful it is – very much like a sanctuary in that respect. Plenty of shade also made it inviting.

The sanctuary is on the way to El Triunfo off Highway 1 when approaching from Todos Santos or La Paz. It’s off to the right, down a so-so dirt road for about three miles. It’s by the tiny town of El Rosario. Sometimes there is someone there collecting money – about $4 a person. Unfortunately, it’s hard to know where the money is going.