El Triunfo embraces the riches of its mining history

Note: This story has been updated since it was first published on Jan. 4, 2019. 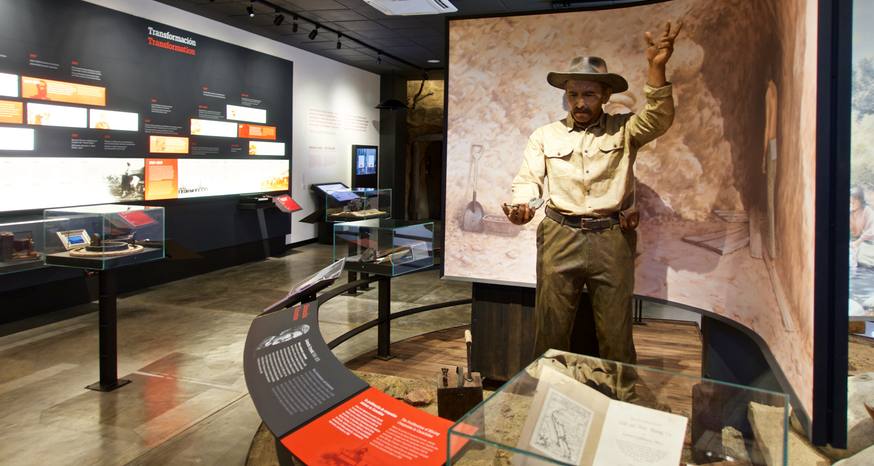 The mining museum in El Triunfo is a treasure worth exploring. (Image: Kathryn Reed)

Driving through El Triunfo it’s hard to believe this was once the largest town in Baja California Sur. Today there are about 300 residents. In its heyday in the late 1800s there were more than 10,000 miners. They came from the United States, Europe and China to strike it rich in the gold and silver mines.

Like so many mines of yesteryear, when the work was gone, so were the people. (The town was first settled in the 1500s.)

A series of mines once dotted the landscape. Today the major visible remnants of the past are the two smokestacks. 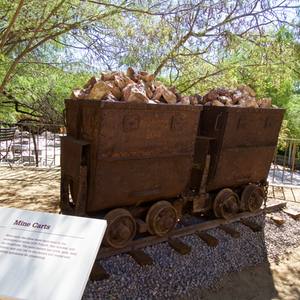 For the past few years there has been a concerted effort to bring the history of El Triunfo to life. It started with a private-public partnership to restore the nearly 155-foot-tall smokestack known as La Romana, while the other brick edifice is called Julia. While people claimed La Romana was designed by Gustav Eiffel, that has since been proved false. A sign near the base has been erected to help erase the myth. In part it says, “… there is no record of this structure in the Eiffel archives in France.”

The Museo Ruta de Plata (Silver Route Museum) that opened in November 2018 tells the story of this pueblo from 1750-1930. Interactive displays, oral stories by local residents, photographs, and stagnant artifacts spill forth in what becomes an interesting history lesson. Information is in Spanish and English. 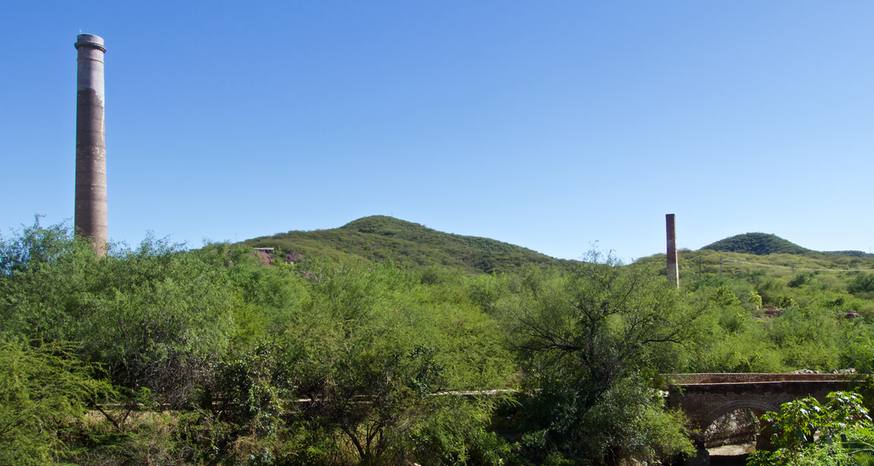 The smokestacks in El Triunfo are stable after being restored. (Image: Kathryn Reed)

Watching the short film (also available in both languages) is a good launching point for the main exhibit hall that is across the grounds.

The demise of mining in Baja California Sur is in part tied to the United States. The passage of the Sherman Silver Purchase Act in 1890 saw the price of silver go from $1.16 per ounce to 69 cents. The legislation was eventually repealed in 1893. By that time, though, the effects were felt in Mexico, too. 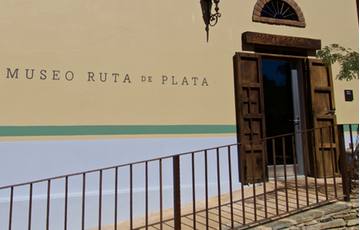 Mexican miners also had to contend with other economic travails, devastating hurricanes, and the remote location of their spoils. Most mines in the Baja California Sur area had closed by 1920.

Since the museum opened, a trail to the smokestack and other remains has been created. It’s a fairly easy walk, with good signage. Informative panels in Spanish and English explain more history not contained at the museum. “The chimney was designed to achieve high temperatures for the wood fires used to process silver and gold, and to disperse toxic smoke away from the valley’s inhabitants to reduce public health risks.” 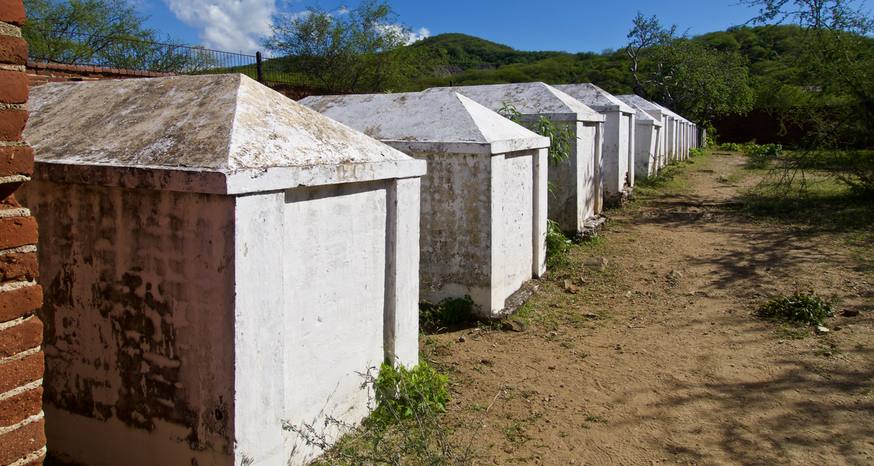 No inscriptions are on the tombs at the English cemetery in El Triunfo. (Image: Kathryn Reed)

A tour of one of the mines is available, though a minimum of four people is required. This is arranged by calling the number on the sign outside the locked gate and waiting 10 minutes. With only two of us there that day, we didn’t get to go inside. We did keep walking the path that led to a wonderful view of the smokestacks and town. Headed in the other direction is the English cemetery, with large above ground structures and no markings to know who rests there. Chinese and Mexican graveyards are on the other side of town.

While mining may seem to be in the past, the resurrection of mines and exploration of new ones continues in Baja Sur. Mexico City-based Invecture Group with Vancouver, British Columbia-based Frontera Mining Company owns the Los Cardones open-pit gold mine near Todos Santos. The project has been in and out of the court system because of its environmental documents. Many locals are opposed to the project, fearing what it will do to the landscape, the flora and fauna in the sensitive and protected biosphere of the Sierra de la Laguna mountains, and the eventual impact to the town’s water supply that originates in those mountains. 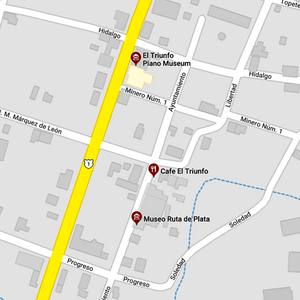