Feds Remove S-Word From Locations Throughout The U.S.

We all know the N-word. Now there is the S-word.

Earlier this month the federal Board of Geographic Names removed more than 650 instances nationwide where the word “squaw” was part of the name. This includes 80 locations in California and 34 in Nevada. 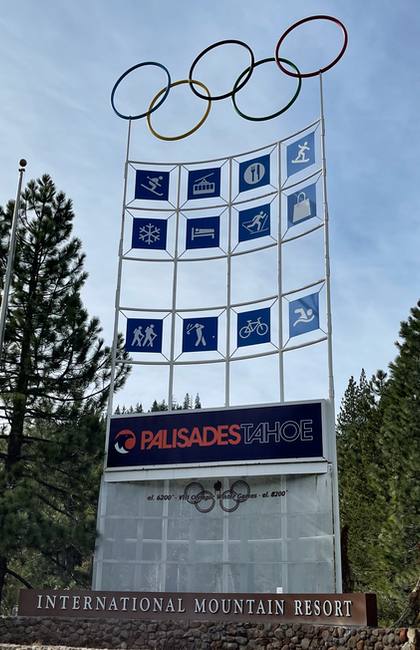 The site of the 1960 Winter Olympics is now known at Palisades Tahoe. (Image: Kathryn Reed)

“The term has historically been used as an offensive ethnic, racial, and sexist slur, particularly for Indigenous women,” the Interior Department said last year after Secretary Deb Haaland declared “squaw” a derogatory term.

A task force has been studying what locations should be changed.

I grew up skiing at Squaw Valley. Still call it my favorite Tahoe area resort. But it’s not Squaw anymore. It’s Palisades Tahoe. That change came last year. I still think a better name could have been found, but that’s irrelevant to this story. The ski resort was one of many entities throughout the country that has proactively changed its name.

I completely understand and agree with removing the S-word. I do wonder when one references the 1960 Winter Olympics what it will be called. I wonder if one has hiking and snowshoe books with the S-word if those should be changed.

This is not the first time names have been replaced en masse. The federal government replaced a slew of slurs for Black and Japanese people in the 1960s and 1970s.

Here is the list of S-words that have been removed, the new name, and where it is located. Locations with new names include valleys, streams, reservoirs, ridges, flats, summits, pillars, gaps, springs, bays, islands, slopes, lakes, basins, cliffs, areas, bars (not the drinking kind), guts, capes, canals, bends, benches, and crossings.