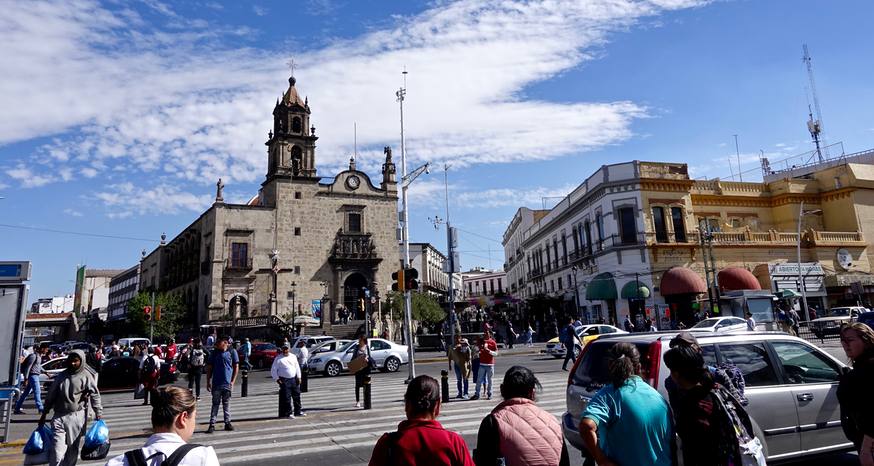 Guadalajara is the second largest city in Mexico with more than 6 million people. (Image: Kathryn Reed)

History – there is no escaping it in Guadalajara. While the old buildings scream Europe, the reverence held for Miguel Hidalgo stands tall with his image and name in so many places.

Hidalgo is considered the father of the Mexican insurgence that led to the country’s independence from Spain in 1821. Guadalajara became the capital of Jalisco when the state became a reality in 1823.

When the Spanish arrived in the 1500s they obliterated the culture and lives of the indigenous people who had called this land home. They were the Chapalas, Huicholes and others; all who are said to have had ties to the Aztecs. Many who survived the conquest became slaves of the Spaniards. It was Hidalgo who ended slavery. 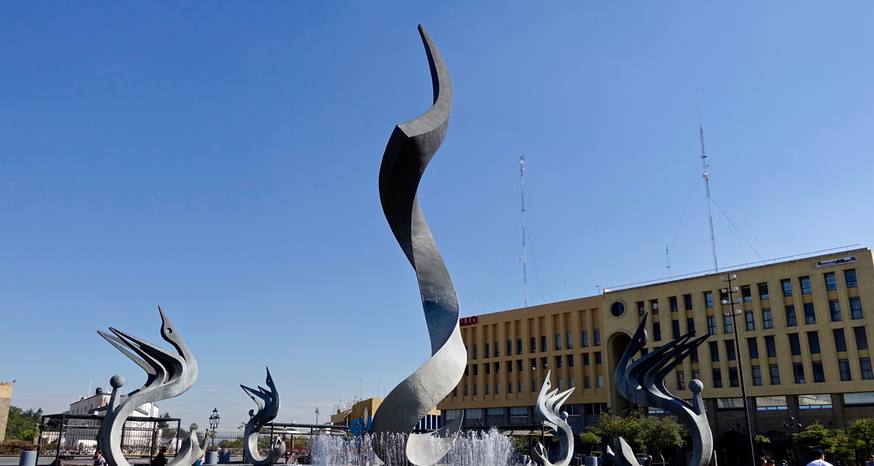 The sculpture by Victor Manuel Contreras shows the moment when the Aztec god Quetzalcoatl rises to light the sun. (Image: Kathryn Reed)

Like in much of the United States, the Indian culture is not promoted or much in evidence. There is one prominent fountain sculpture honoring Quetzalcoatl, the Aztec god of wind, air, and learning. Nowhere, though, does it say who or what Quetzalcoatl was.

Today the greater Guadalajara metropolitan area with its 6 million people is the second largest to Mexico City in size and population. When the city was officially recognized by the king of Spain on Feb. 14, 1542, the population was 126. 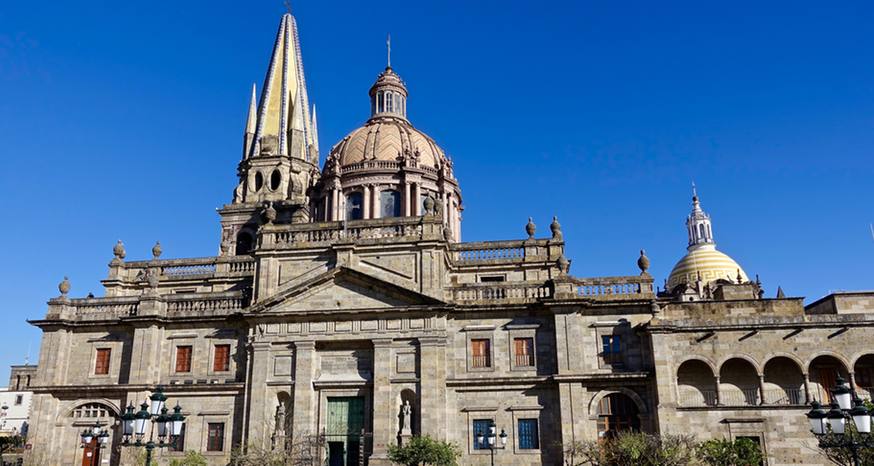 The Guadalajara Cathedral is one of many churches in this city. (Image: Kathryn Reed)

It’s hard to miss the Guadalajara Cathedral, whose presence takes in four city squares. The enormity of it is impressive. Built by the Spaniards, it easily could be dropped in almost any European city and not look out of place. The ornate altar, various stained glass and attention to detail from the craftsmen make it impressive no matter one’s beliefs. 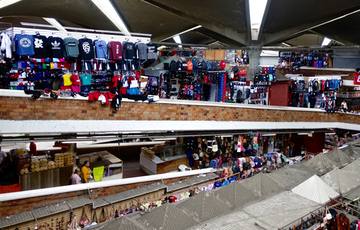 Mercado Libertab, while a chaotic layout, has most everything anyone would need. (Image: Kathryn Reed)

Much of the older architecture is neoclassical.

The Rotonda de los Jalisciences Ilustres honors the contributions of the city’s artists and scientists. A few women were singled out as well. All have an individual statue noting their lifespan and discipline. 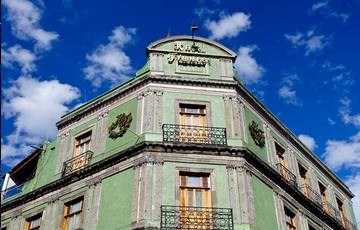 For those not fluent in Spanish, many of the significant points of interest have information in English as well.

Hotel Frances, where we stayed, even has a rich history. Operating since 1610, it is the oldest lodging establishment in Guadalajara, having started as a short-term shelter for traders. It was then known as El Meson de San Jose. It has gone through many incarnations through the years. One claim to fame is having scenes shot there for the 1983 Charles Bronson movie “The Evil That Men Do.”

It is located behind the government building, which houses some of the José Clemente Orozco murals. The hotel is walking distance to many of the historical points of interest. 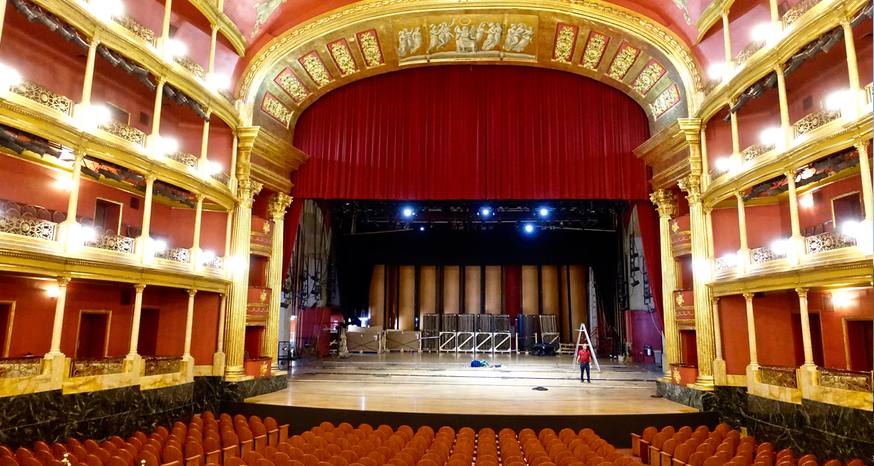 The public is invited to see the Teatro Degollado for free when there are no performances. (Image: Kathryn Reed)

Around the corner is the Teatro Degollado. It opens nearly every day for visitors to enjoy the grandness of this facility where plays, symphonies, and operas fill the stage. The first performance was in 1866.

Los Arcos de Guadalajara, which is similar to Paris’ Arc de Triomphe on a less grand scale, divides the eastern and western sides of town. It was completed in 1942 to commemorate the city’s 400th birthday. The yellow and blue tiles were handmade. The arches are 46 feet high, with the total structure being 69 feet high. 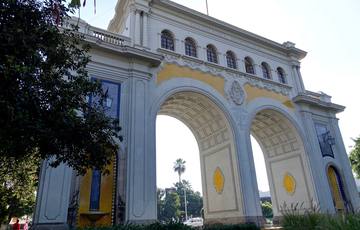 Public transit is a big deal here. Besides buses, bikes for rent, taxis and Uber, the electric city train, which is like a subway, is being extended. Even so, the city is flat, making it easy to walk. The size, though, makes some form of transportation necessary.

Education is also important, with the University of Guadalajara having 14 campuses.

Electrical/electronic goods and beer are the main products Guadalajara produces. It has been called the Silicon Valley of Mexico. 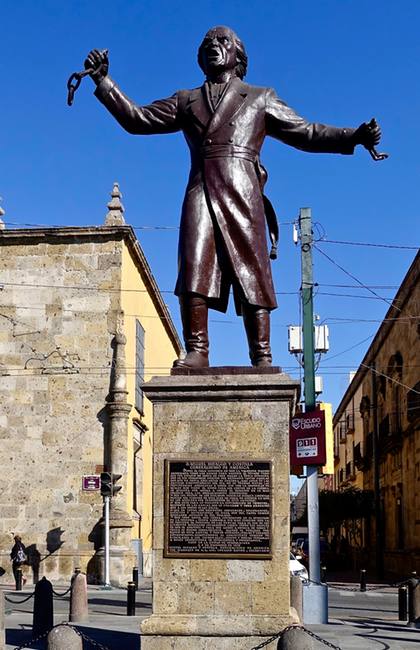 Miguel Hidalgo was one of the main leaders of the Mexican Revolution. (Image: Kathryn Reed)

On a guided tour of the city, it’s pointed out that mansions built in the 1900s are commercial enterprises today.

Clusters of similar businesses take up multiple blocks instead of being dispersed. This would make comparison shopping easier.

For those who can’t find what they need in a traditional store, there is always the Mercado Libertab. This indoor market has nearly 3,000 stalls that range from clothing to animal parts to electronics to knickknacks to household goods. It’s definitely a locals’ place. 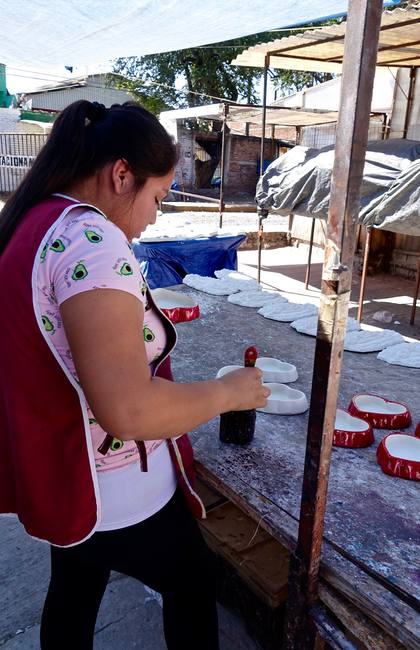 Much of Mexico’s ceramics come from Tonalá. (Image: Kathryn Reed)

In the greater metropolitan area are the enclaves of Tonalá and Tlaquepaque, where even more shopping can be had. Tonalá is known for being the center of where most of the country’s traditional pottery is made. It’s also a furniture-making mecca.