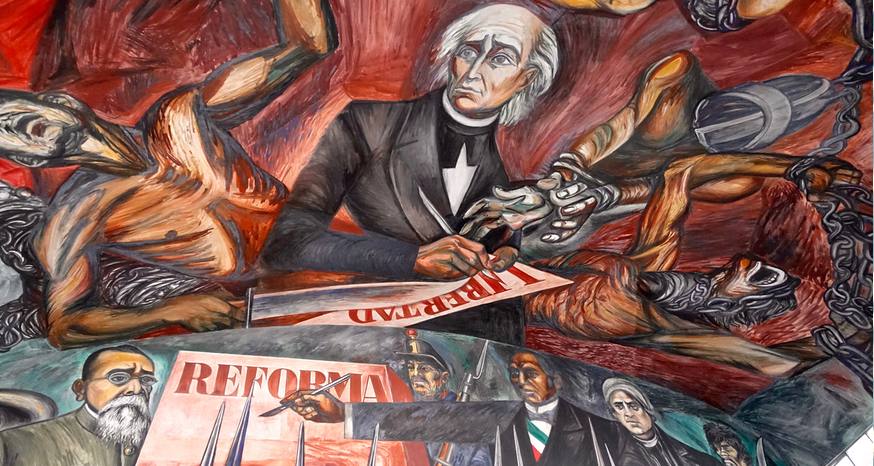 Conflict, emotion, raw energy. They are everywhere. These are the paintings of José Clemente Orozco.

Orozco’s work can be seen in various cities throughout the world, but what are considered to be his masterpieces are at the Museum Cabañas in Guadalajara. Some consider Orozco to be the Michelangelo of the Americas.

Orozco along with Diego Rivera and David Alfaro Siqueiros were the leaders of Mexican Muralism. 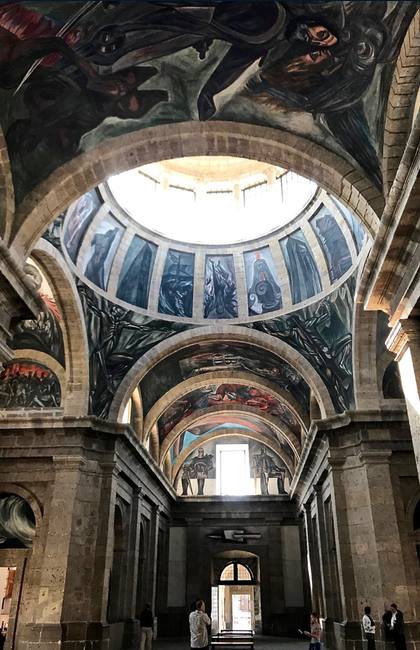 Fifty-seven works by Orozco are at the Museum Cabañas in Guadalajara. (Image: Kathryn Reed)

Poverty was the norm at the time, with many in Mexico having little access to education or understanding of their country beyond the pueblo they called home. These murals were at first intended to be a teaching tool for the masses.

For Orozco, his main themes were the Spanish Conquest and Mexican Revolution.

“The beauty of art is having controversy,” is how the museum guide put it. 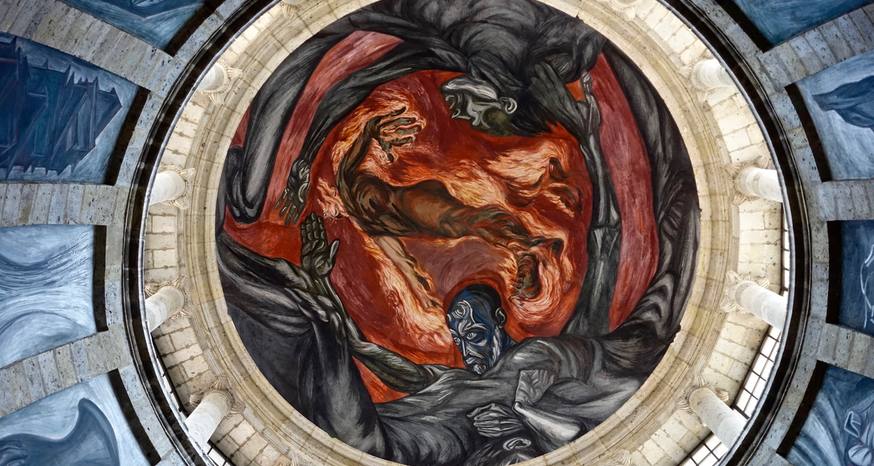 Between September 1938 and March 1939, Orozco painted 57 murals in the main chapel of the museum.

(His left hand had to be amputated at age 21 after he was injured mixing gunpowder for fireworks, and one eye was compromised.)

The guide had us walk from one corner to the other, all the while watching the two-headed horse. As we did so, the horse’s head appeared to follow us. 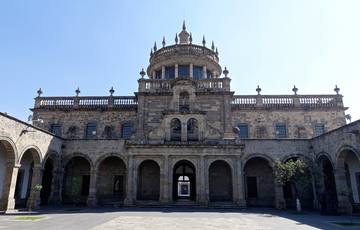 It is the ceiling of the rotunda where Orozco’s famous “Man of Fire” looks down upon revelers. Slowly walking beneath the art the man on fire almost seems to be falling away from the men who encircle him. These figures in grey are said to represent the elements earth, air and water.

These frescoes have been interpreted by art aficionados the world over. As with many works, consensus can be elusive.

“The most important interpretation is your own,” the guide says. 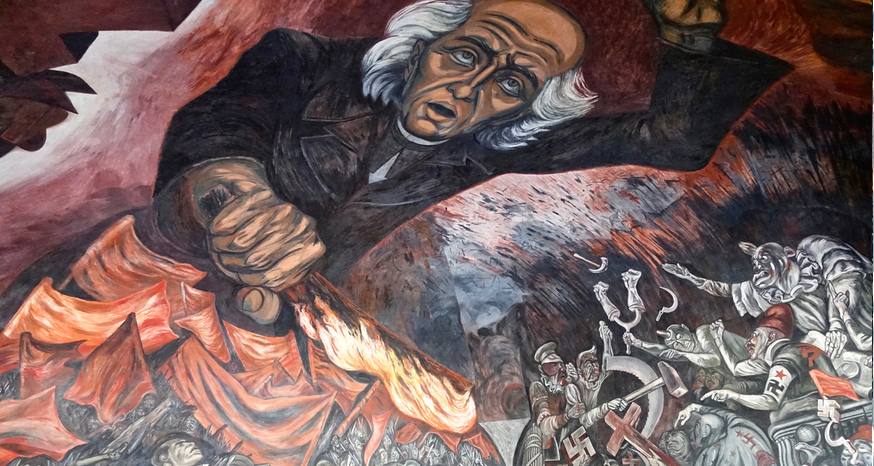 Prior to his work at the museum, Orozco painted “The People and Its Leaders” at the government palace in Guadalajara. Two images are most striking. One is of Miguel Hidalgo, the leader of the revolution, with a torch of fire as if inspiring the people to rise up against the Spanish. Also in this staircase is Hidalgo signing the declaration in 1810 that abolished slavery.

Some of Orozco’s work are also in the United States, where he lived from 1927-34. An easier way to see a sample of Orozco is to pick up a copy of John Steinbeck’s book “The Pearl” because the cover is an Orozco.