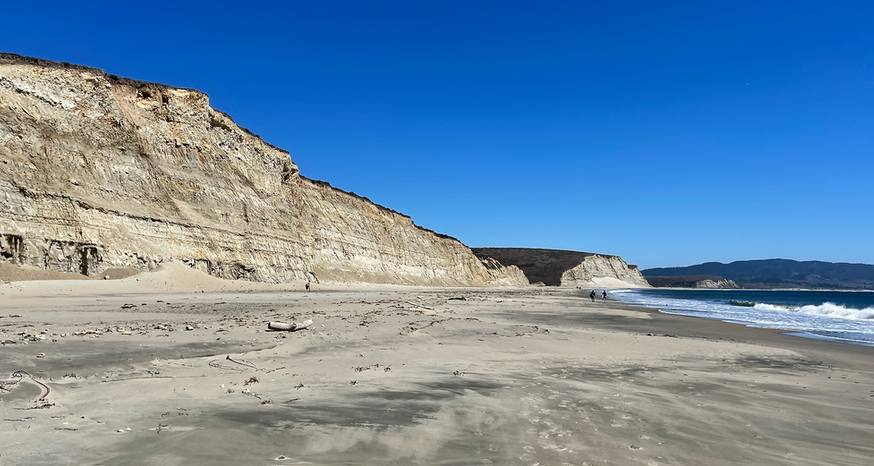 The cliffs at Drakes Beach in Marin County are breathtaking. (Image: Kathryn Reed)

Hundreds of feet tall, the sandstone cliffs at Drakes Bay rise in dramatic fashion from the beach.

Looking at the ocean it’s easy to feel small. Turn around to face the cliffs and your stature is further diminished.

In many ways it felt like there was no way out. It seemed impossible to scale the cliffs without equipment. Even then, the sandstone was sure to crumble. The Pacific Ocean, while rather placid on this particular day, is still often an uninviting mass of water.

The tide was out, so we had plenty of beach to meander along. No worry about being trapped and not getting back to the vehicle. But this ruggedness had me imagining what it might have been like way back when before a paved road led me here.

The beauty is captivating—all 360 degrees. We could have walked for miles in either direction. We sauntered, appreciating the debris deposited onto the sand—whole crab shells, evidence a pelican lost a fight with some predator, kelp that resembled art.

History proves this is not where you would want to be marooned in a storm. Today, though, this stretch of land in Marin County is part of Point Reyes National Seashore.

“The sands of the Drakes Bay cliffs were deposited in a shallow sea 10–13 million years ago, compacted, then uplifted. Erosion has revealed the striations of this story in the cliff faces,” according to the National Park Service.

At the visitors center a slew of panels touch on the history of Francis Drake, the namesake of the Pacific Ocean bay. 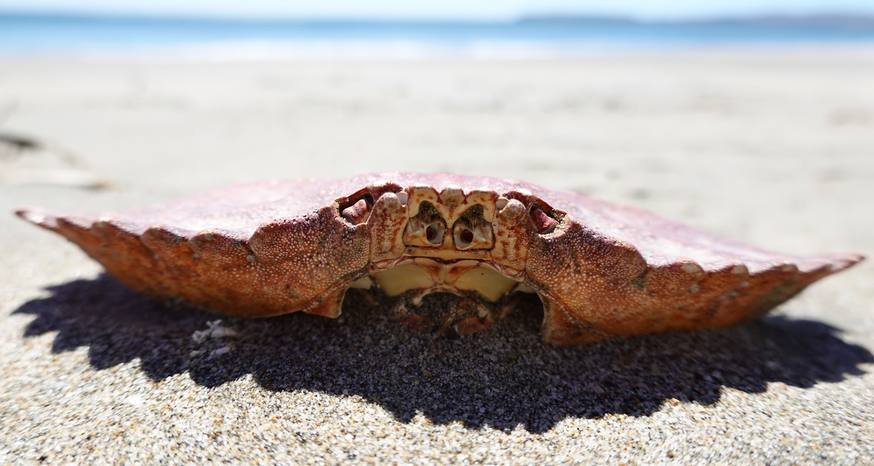 The Englishman accumulated his wealth by attacking Spanish ships and stealing their gold. Signage says, “Spanish witnesses reluctantly admitted that Drake treated his captives well and often released them with gifts—unusual practices for his time.”

Less controversial is the fact Drake was the first person from his country to circle the globe.

He entered what is now known as Drakes Bay to repair damaged ships. They spent 36 days there.

Drake called the bay Nova Albion, or New England, “because the cliffs reminded the homesick sailors of the white, chalk cliffs along the English Channel.”

Drake and his men were the first Europeans to visit this part of California.

“This Bay of Francis Drake and the land of Nova Albion were marked on the world’s maps, and led John Smith to name New England after Drake’s claim on the other side of the continent,” according to the Park Service. “Nova Albion was not erased from maps and charts until 1846, when Great Britain agreed to the present boundary between the United States and Canada.”