Step back in time at the Bowers Mansion in Nevada 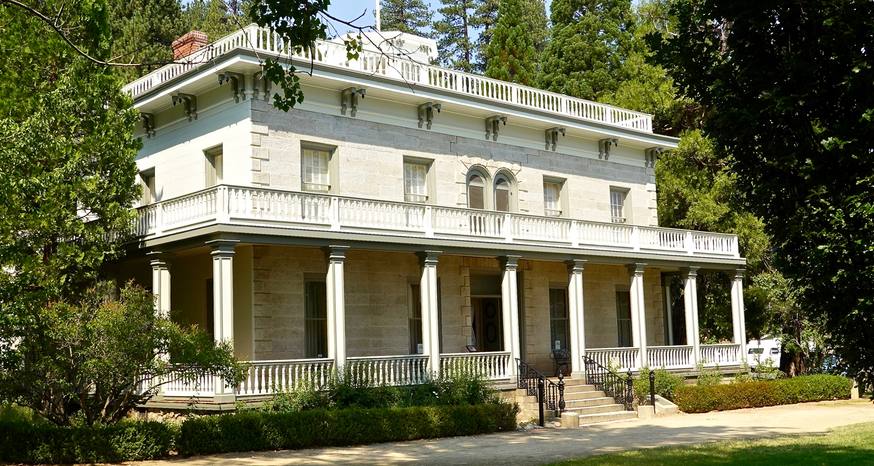 The Bowers Mansion is open for tours on weekends through October. (Image: Kathryn Reed)

Alison “Eilley” Oram Bowers left this world much like she entered it—poor. But the years in between, well, those were full of riches, extravagance and adventure.

Her legacy remains today at Bowers Mansion in Washoe Valley, Nevada, which is part of the larger 52-acre Bowers Mansion Regional Park. It was 150 years ago this summer in 1870 that Bowers turned her home into a resort.

Even today it is considered the people’s park. Most summers it is bustling with visitors. COVID-19 closed the pool, stopped tours until last month, and has prevented large gatherings.

The mansion was built in 1863 by Bowers and husband Lemuel “Sandy” Bowers for about $250,000, which would be about $6 million in today’s dollars. They owned 160 acres at the time, which went out to Washoe Lake. Much of the rock and wood came from the local area. Walls are at least 18 inches thick in places, providing for good insulation in the hot summers and cold winters of Northern Nevada.

“It probably never got hot,” the docent said of the mansion, explaining how windows could be strategically opened to get a good cross flow of air. “We believe they all shared the bedroom downstairs. They probably didn’t live upstairs.” 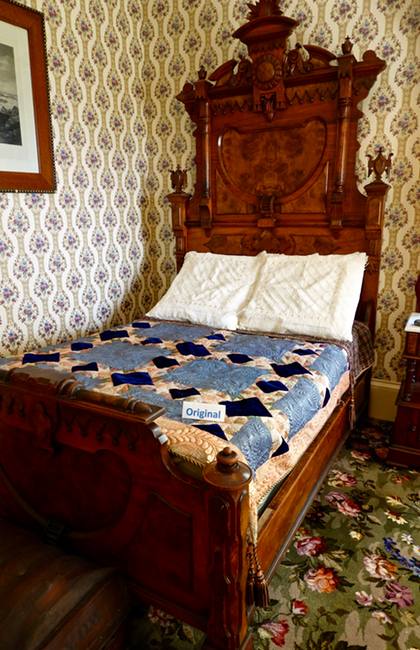 One of the original beds from when the Bowers lived in the mansion. (Image: Kathryn Reed)

Eilley Bowers was born in Scotland to itinerant farmworkers. She married her first husband at the age 15. Together they traveled to the United States after he became a member of the Church of Latter-day Saints. After six years they divorced. She then married another Mormon, and they settled in the Washoe Valley—the area that divides Carson City and Reno. He chose to go to Salt Lake City when the church called back parishioners. She stayed behind.

Eilley and her nephew, who had been living with the couple, moved to the now abandoned mining town of Johntown not far from Virginia City. She started a boarding house there, and then another in Gold Hill when that town sprouted up after gold was discovered. She established several mining claims, with one being next to the man who would become her third husband. They merged their assets and became millionaires. Some say their fortunes amounted to $4 million at one point.

The couple had two children, who both died very young. They then took in a young girl who had been orphaned on a ship. She died in 1874 at age 12 of a ruptured appendix.

Together the Bowers went to Europe to shop for furniture to fill the 16-room estate. At the time the floors were wood. Carpeting was added in the 1980s. Originally the billiards room was upstairs, though now the pool table is downstairs in the library. More than 1,000 books filled the shelves when the Bowers lived there. Hallways are spacious; even the upstairs rooms are large compared to many built in that time period. The house feels comfortable, livable. Hot and cold springs are also on the property.

“As soon as they moved in, they were broke,” the docent revealed.

Her third husband died in 1868. By that time the mines were drying up and their money was nearly spent. Eilley Bowers added a third story to the mansion in the hopes of returning to her boarding house days, but that essentially exhausted all of her money and the business was never profitable. In 1870 she opened the area up to be a party spot as another attempt to earn money. Those who came to the property in the 1870s would often arrive by train, being dropped off a couple hundred feet away.

By 1878 she could not pay the taxes on the property and lost everything in foreclosure to Myron C. Lake. Henry Ritter then took possession and ran it as a resort from 1903-1946. In the early 1900s he added electricity.

The Reno Women’s Civic Club raised the money to help Washoe County buy the property in 1946 to turn it into a public facility. A plaque on the building acknowledges their efforts. Another plaque recognizes the restoration committee of 1969 that collected money for the preservation of the mansion. Today, Washoe County owns and operates the park and mansion. Through the years hundreds of people have donated original items from the mansion back to the site for the benefit of visitors. These items are noted with a sign. Other furniture has been collected to resemble the time period of when the Bowers lived there.

Eilley Bowers died in 1903 in Oakland, California, at the age of 77. Her ashes were buried on the hillside above the mansion next to her last husband. Also buried there are their three children. 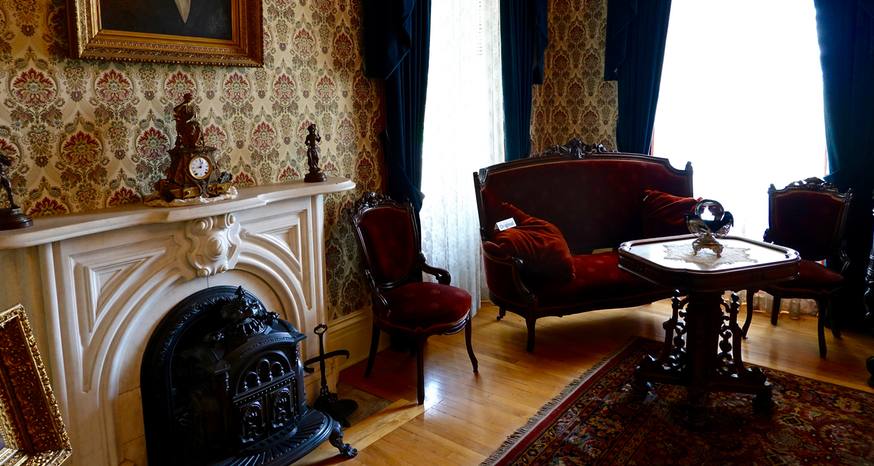 This downstairs room is where the Bowers spent the bulk of their time. (Image: Kathryn Reed)