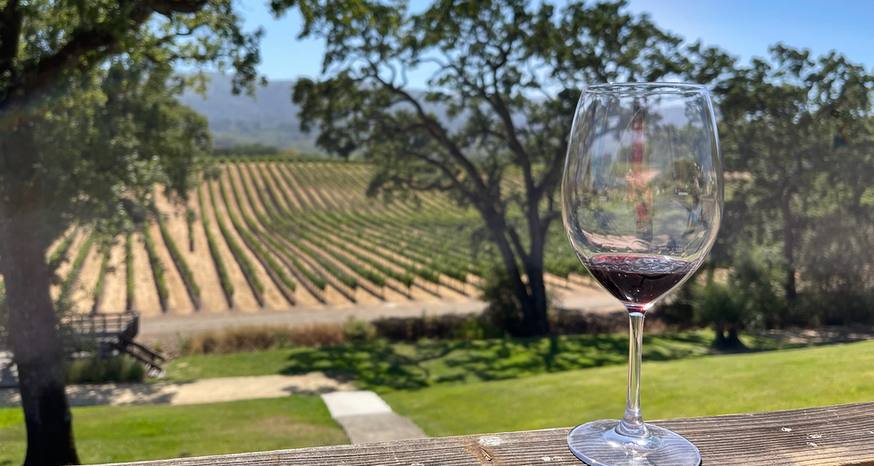 A large guitar outside of a winery is a good indications the roots to the place have something to do with music.

B.R. Cohn Winery in Glen Ellen was founded by Bruce Cohn in 1984. Before he made a name for himself in the wine and olive oil industries, Cohn was a force in the world of rock ‘n roll.

He started managing the Doobie Brothers when the band formed in 1970 in San Jose. He was 22. Part of his duties early on also included being the sound mixer on tour. He later managed Night Ranger.

Cohn bought the Sonoma County land as a refuge from all the travel. He sold the grapes to other wineries to start with. Then in 1984 he created his own winery—thus began the legacy of B.R. Cohn Winery.

The grounds at B.R. Cohn are sprawling, with various areas available to rent for weddings or other gatherings. With a backdrop of vineyards, the Sonoma Harvest Music Festival is an annual event with a capacity of 4,000. 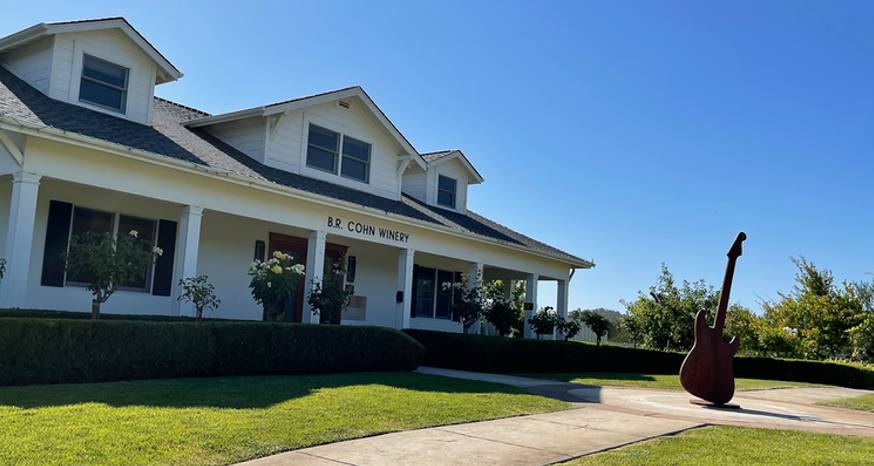 A guitar stands in tribute to the founder of B.R. Cohn Winery. (Image: Kathryn Reed)

While Cohn created an empire of sorts, he also accrued $25 million in debt, according to the Press Democrat newspaper.  The weight of it led Cohn to sell his namesake winery in 2015 to Vintage Wine Estates. This was the bank’s idea. The newspaper said, “Bank of the West finally stepped in and engineered a sale of the winery to Vintage Wine Estates of Santa Rosa.”

In the deal Cohn held onto 21 acres in the Sonoma Valley and made a go of it with Trestle Glen Vineyards. He eventually sold it in 2020.

Those who work in the tasting room at B.R. Cohn say the founder still drops by on occasion. They’ll even play the Doobie Brothers on the soundtrack for those who request it.