Cooking for strangers allows couple to travel the world 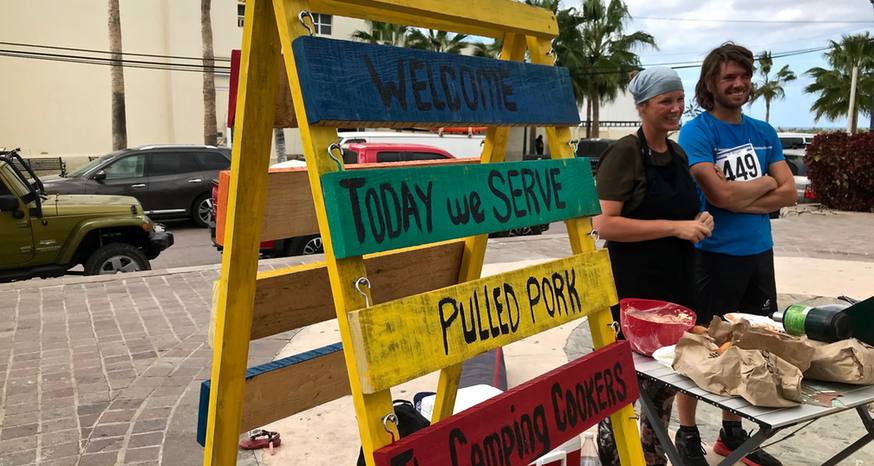 Bram and Martine, aka the Camping Cookers, make a stop in Todos Santos. (Image: Kathryn Reed)

Pulled pork to refuel post a 5K run/walk. That’s what Bram and Martine, aka the Camping Cookers, brought to the Palapa Society’s event on Dec. 29, 2018, in Todos Santos.

The couple’s latest gig includes stops in Baja California Sur, a detour as they travel the Pan-American Highway with their daughters in a tiny home. Along the way they are cooking for people (for a fee), getting to know the local cuisine and using ingredients from where they land. Their goal is to be able to make money cooking as they travel.

In the entourage are four tiny homes, another couple, and camera crew. The footage is being shown back in their home country, The Netherlands.

Their journey began in June 2017 when they sold their restaurant and hit the road. The goal – travel and cook. 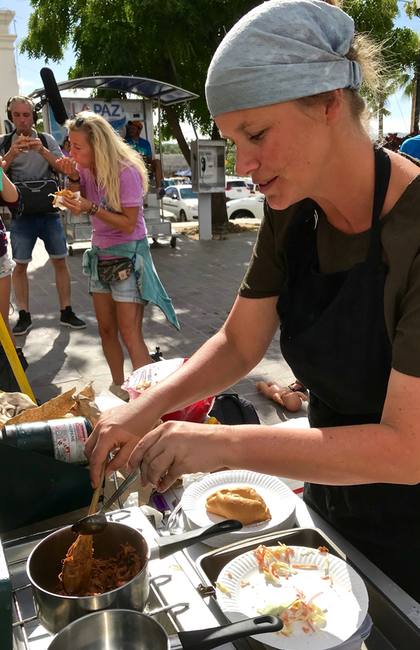 While Bram was running the local race (a benefit for the Palapa Society), Martine was in charge of that day’s cuisine.

The videographer captured Bram getting his bib No. 449, the crowd being warmed up by local Zumba guru Jan, and of course the race itself.

The Carrera de Todos Santos started in 2009 as a community event to raise money for the private school. The 2018 race included participants from Germany, Australia, Canada and several states in the U.S., as well as numerous locals.