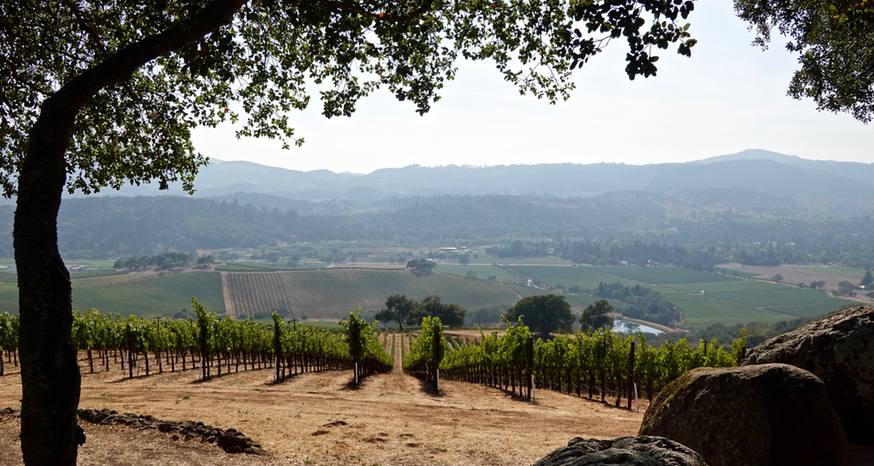 Climbing mountains and drinking wine are two of my favorite activities. It’s not often I enjoy them at the same time. But birthdays can have a way of making the unexpected come true.

As an early gift to myself I splurged ($80 plus tax) on the mountain top tasting at Kunde Family Winery earlier this month. What views, what good wines. I have to admit, though, the climbing part of the outing was not human powered.

A van shuttled eight of us to 1,400 feet above the Sonoma Valley floor where we were greeted with panoramic views of the surrounding area. With Kunde comprising 1,850 acres, the immediate landscape was owned by the winery. Even with a tinge of smoke on the far corners of the sky, it was still a sight to behold.

Louis Kunde bought the first 600 acres in 1904 for $40,000. When the fourth generation came along in the 1980s they said it was time to make their own wine instead of selling all of the grapes to others; grapes that were being turned into award winning wines. The first vintage with a Kunde label was in 1990.

Today, Kunde uses 30 percent of the grapes grown on the land for its wine. This equates to 65,000 cases. The rest is sold to wineries like Duckhorn, Sebastiani and others.

While 19 varietals grow on the Kunde estate, Pinot Noir is not one of them. This grape is too fragile for the climate in Kenwood. Those are the only grapes the winery buys. 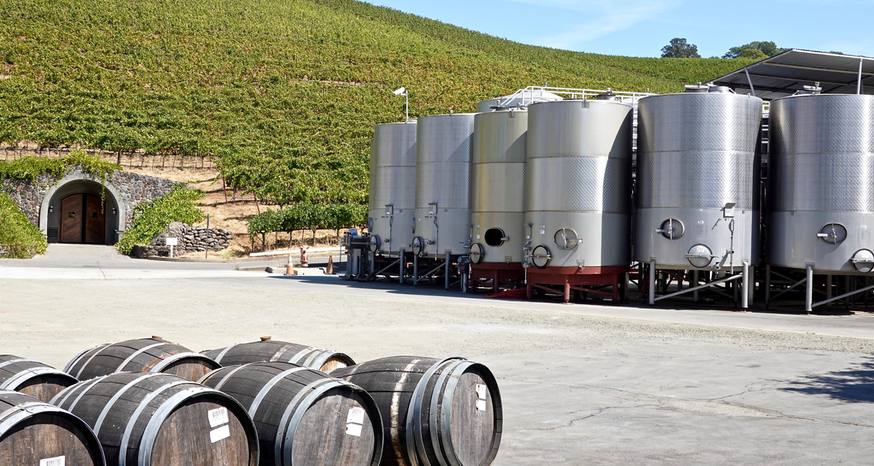 The caves at Kunde (entrance on left) are below the vineyards. (Image: Kathryn Reed)

What makes an outing like this special is the intimacy and exclusivity. At check in we were handed a glass of rosé bubbly—a great way to start any occasion. This is the first vintage of sparkling wine from Kunde.

The three parties (a group of four, and two groups of two) first assembled in a private room where Mara poured us the 2019 Chardonnay-Wildwood. It paled in comparison to the 2018 Reserve Chardonnay that we sipped on the mountaintop. She said the 2018 is the staff’s favorite; calling it not buttery, but silky on the palate. (All wines we tasted are only available at the winery, thus adding to the uniqueness.)

With only eight in our group, we were able to ask as many questions as we wanted, and linger seemingly forever. The experience lasts two hours, which was plenty of time to not feel hurried along.

Before taking a van up to the mountain we had a quick tour of one of Kunde’s wine caves. The one we were in was finished in 1990, is one-half mile long, 30 feet underground and can hold 6,000 barrels.

Our tour was brief, but tastings can be booked in the caves as well. 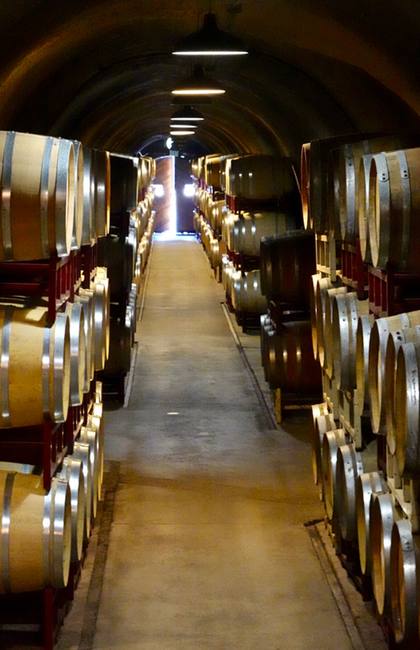 Row upon row of wine barrels in the Kunde caves wait to be bottled. (Image: Kathryn Reed)

Throughout the tour Mara dispensed interesting facts and tidbits. For instance, 60 percent of the 2008 movie “Bottle Shock” was filmed at Kunde. The boxing ring is still there, but will be removed soon. The TV show “Falcon’s Crest” was also shot at the winery.

The 2017 fires in the Wine Country saw flames on the ridges at Kunde, but most of the harvest was finished. Last year, though, was a different story. Because of the smoke taint, Mara said, there won’t be any Viogner from Kunde for a few years.

Our tasting continued with the 2018 Pinot Noir, Russian River. Then it was onto my favorite, the 2018 Reserve Century Vines Zinfandel.

On our ride to the top we passed some of the Zin grapes that were planted in 1883. Their roots can be 30 feet below the soil where they tap into the aquifer, thus not needing any irrigation. The vines are not manicured in any way, which means they produce 1 to 1½ tons of grapes per acre. 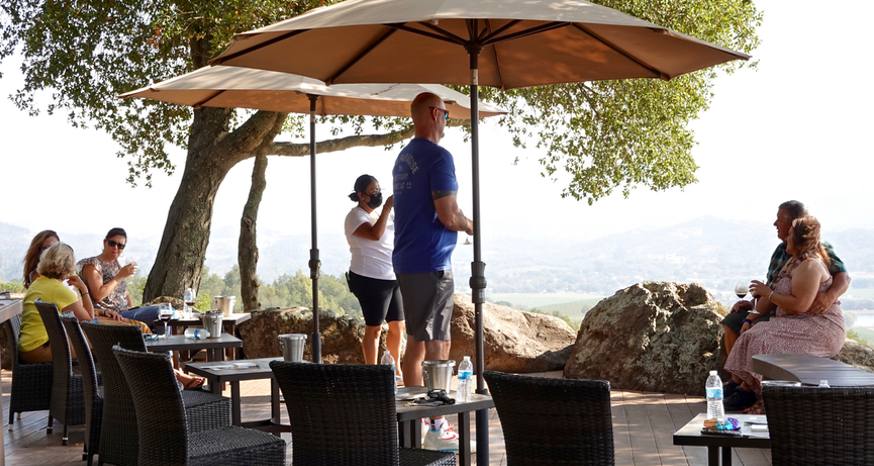 Guests enjoy tasting wines at the top of the Kunde estate in Kenwood. (Image: Kathryn Reed)

This compares to the grapes on the other side of the road that are neat and kept tidy along a trellis. Those vineyards can produce 5 to 9 tons. This is because they are getting more consistent sun, moisture and humidity.

A cheese plate was shared by two people at a table, which helped absorb some of the alcohol, but also complemented the wines.

We finished our mountaintop tasting with the 2017 Cabernet Sauvignon-Drummond and Red Dirt Red. One last pour back in our private room was the Moon Mountain Blend.

It was a great experience. And while I didn’t leave with any bottles, I will keep buying Kunde in the grocery store—where I can afford it.