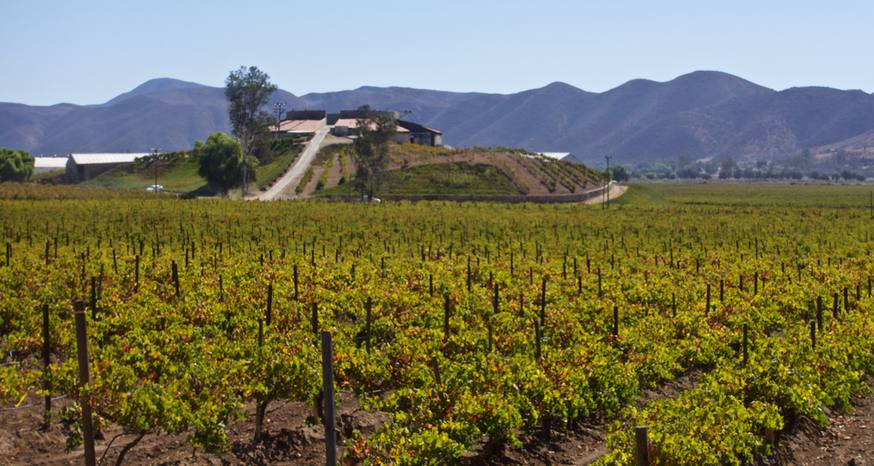 Bodegas de Santo Tomás is the oldest winery in Baja California and the second oldest in Mexico. Because it is outside the main tourist corridor, it doesn’t get a lot of foot traffic. We were the only ones there as we passed through in October.

The tasting room, nestled between towering eucalyptus trees, is separate from the main winery, with visitors not allowed to go to the production facility which was built in the 1980s. It didn’t matter. We were content to sip on a variety of wines in the modern tasting room. And when we wanted to taste ones beyond the menu, the employee gladly obliged. This paid off, as we purchased a few not on the regular tasting menu – a white table wine, Cab and Barbera. 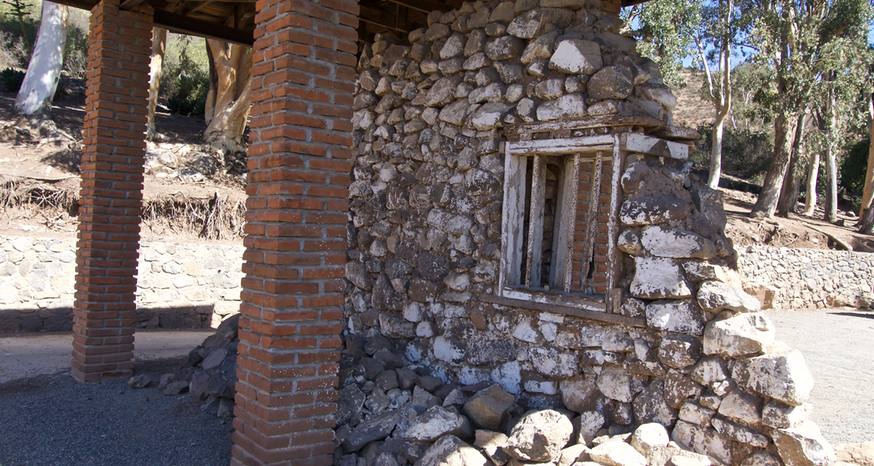 Remnants of a structure at the winery from earlier days. (Image: Kathryn Reed)

The tasting room employee said Barbera is a hard grape to work because of its acidity. This is just one of many Italian varietals that Baja is known for. Winemaker Laura Zamora is credited with upgrading the wines at Santo Tomás.

With a plethora of olive trees, much of that is turned into oil. Several may be sampled in the tasting room.

Santo Tomás is located in the original wine region of Baja known today as the Antigua Ruta del Vino. It consists of the Valle de Santo Tomás, Valle de la Grulla, and Valle de San Vicente. It is just south of the better known Valle de Guadalupe. Santo Tomás Valley, where the winery is located, is about 25 miles south of Ensenda and inland 10 miles from the Pacific Ocean. It’s at an elevation of approximately 750 feet.

A wall from an old rock structure that appears to still be crumbling is a reminder of the humble beginnings. The winery was founded in 1888 by Francisco Adonegui of Italy and Miguel Olmart of Spain. It was named after the mission in the area, Mission Santo Tomás de Aquino. 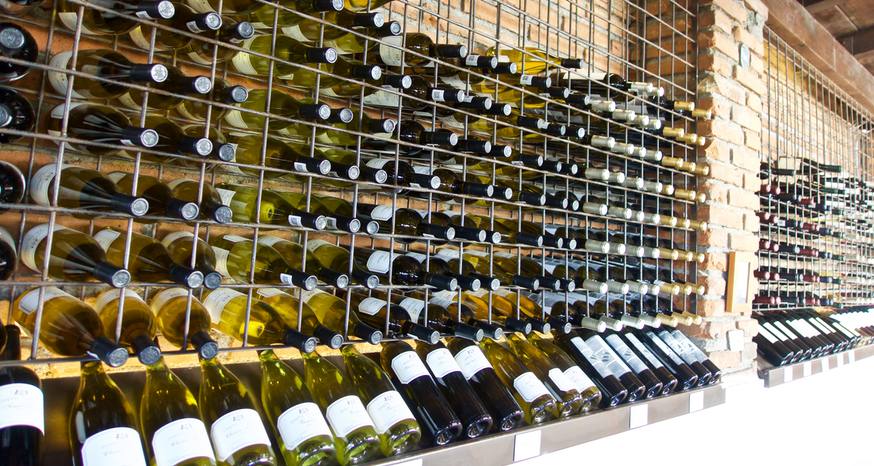 Plenty of wine to choose from at Santo Tomás. (Image: Kathryn Reed)

It has only had five owners, with the current one living in Ensenada, Mexico. It is now part of Baja United Wines, which includes Monte Xanic, Las Nubes, Relieve Vinicola, Vena Cava, and Valle Girl Vino.

Driving in, signs in Spanish and English disperse facts about the winery, such as: