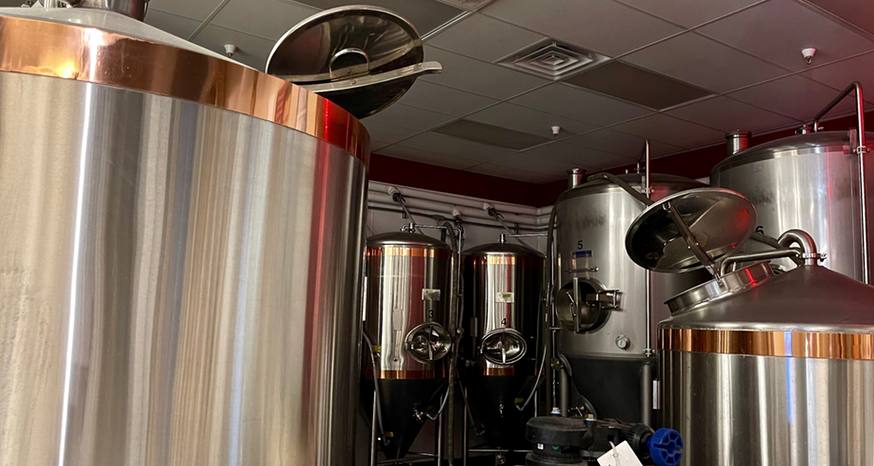 Breweries tend to do one thing well—make beer. Pizza places tend to specialize in making pies. Mulberry Station Brewing Company in Chico does both well.

The beer is made on site and the pizzas are cooked to perfection in a wood fire oven. 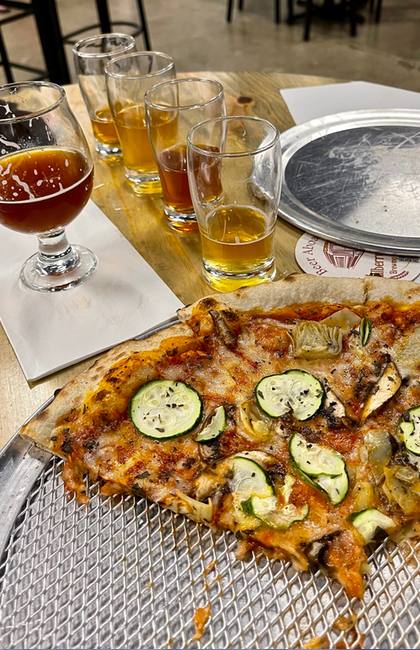 Beer and pizza is always a combination. (Image: Kathryn Reed)

Owners have embraced the history of the site with train-themed artwork as well as a mini-train that keeps kids’ attention.

The brewery’s website says, “The city of Chico was both the beginning and the end of Sacramento Northern’s Electric Streetcar operations in more ways than one. Chico was the location of the first of the electric lines that would become the SN. It was also the scene of the line’s last regular service. Our location was one of the last stops in Chico. The original main track traveled through downtown and stopped at Mulberry Street before going on to the district known as Chapmantown.”

Now it’s all about beer and pizza. Because the brewmasters like to experiment the selection is always changing. 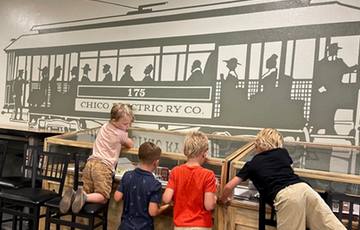 This is relevant because Allen is at Mulberry Station making its beers. An email sent July 9 by the brewery says, “Just tapped! The original recipe Roland’s Red. Throwback to the Butte Creek days with this full flavored, hoppy rendition of a traditional English ale. A sure delight for the most hop-headed of specialty beer connoisseurs. Imported roasted malts from Europe are used to add to its deep red color. This ale is dry-hopped to add to its rich aroma.”

Of the five beers my mom and I tried at Mulberry it was Roland’s Red that was our favorite.

A worker said the original recipe had been revamped and renamed Roland’s Redder Ale. Supposedly people are relishing the original coming back into the tap rotation.

We had a sampler of four: Light Rail (American wheat ale, 4 percent ABV), Rollerbrau (pilsner, 4.6 percent ABV), Amberfest (lager, 5 percent ABV), and Golden Spike Ale (session IPA, 4.9 percent ABV). All were fine, but none wowed us. (Mom likes light beers, I prefer darker; so there is that. I’ll have to try the brown ale and stout another day.)

However, not a drop was left of the half pint of Original Roland’s Red (red ale, 5.9 percent ABV) that we shared. 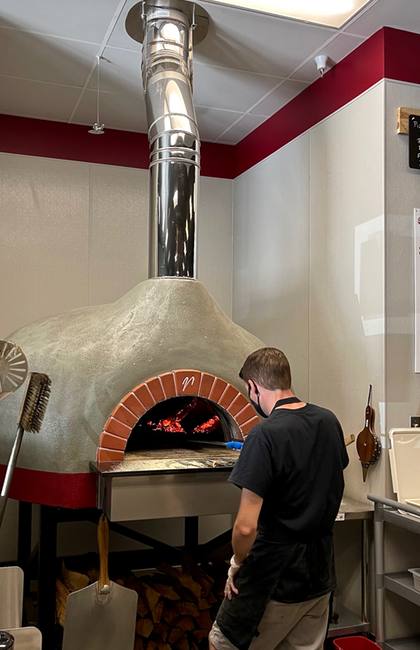 Pizzas are made with fresh ingredients. (Image: Kathryn Reed)

The Italian garden pizza was fresh and hot. The price was right—$17, which included leftovers. It wasn’t loaded with vegetables, but the sauce was tasty and the dusting of oregano on top was perfect.

We arrived just before 5pm on a Sunday and had the place to ourselves, even remarking they were probably glad to see us. Soon, though, the restaurant filled up and we were the ones saying we were glad we arrived when we did—no waiting.

While the room is spacious, and tables still mostly 6 feet apart, the noise level was not obnoxious considering so many kids had arrived with their parents. The acoustics are such that even is such an open setting you can still easily hear the person sitting across from you.

We will be back.