Ownership doesn’t stop Modelo from still being a Mexican beer

Long before living in Mexico my favorite commercial beer hailed from south of the border—Modelo Negra.

While beverage makers often change the recipe for international sales, that is not the case with this dark beer or any of the actual Modelo labels. What one buys in Mexico tastes the same as what is purchased at a store in the United States. 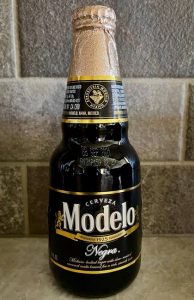 Modelo Especial has been around since 1925. This is a pilsner-style lager. The goal of founder Braulio Iriarte was to create a model beer, thus the name. Modelo Especial translates to Special Model. It was introduced to the U.S. in 1990.

Grupo Modelo became the parent company name in 1991. It was founded in 1922 in Tacuba, Mexico, as Cervecería Modelo. The company’s first beer was Corona, then Modelo Especial.

Pablo Díez Fernández became the majority stock holder in 1936 after assuming the title of director general in 1930. Under his leadership the company bought regional breweries producing Victoria (1935), Estrella (1954), and Pacífico (1954). (Victoria is Mexico’s oldest beer, which started production in 1865.)

Today, New York-based Constellation Brands owns the Modelo group. In 2016, it created Casa Modelo to better brand those beers. Constellation bought the company from Anheuser-Busch InBev, which is headquartered in Belgium.

Despite the beer no longer being under Mexican ownership, all of the Modelo brands are still brewed in Mexico.