Astonishing amount of trash to clean up in statewide event 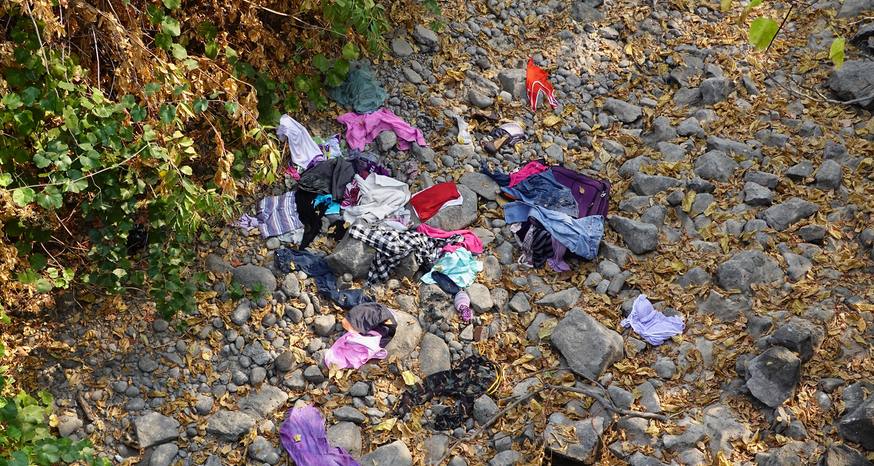 Looking over the bridge trash was everywhere. Three bags were not going to be enough. Even worse, we didn’t know how to safely retrieve it.

The leaders of the 35th annual Bidwell Park and Chico Creeks Cleanup said it would be steep to access Little Chico Creek. I failed to ask how steep; instead I said I can do steep. Four women were sent to the same location. Three of us found each other; not sure where the other one ended up. None of us thought we could safely get down the embankments, let alone climb out with bags full of garbage.

One location off Pomona Avenue was so bad I texted the organizers (as we were told to do) to send a truck. There was that much debris. Multiple wood pallets and what looked like debris left a homeless encampment filled the area.

Our instructions were to not dismantle someone’s home. Not a problem. 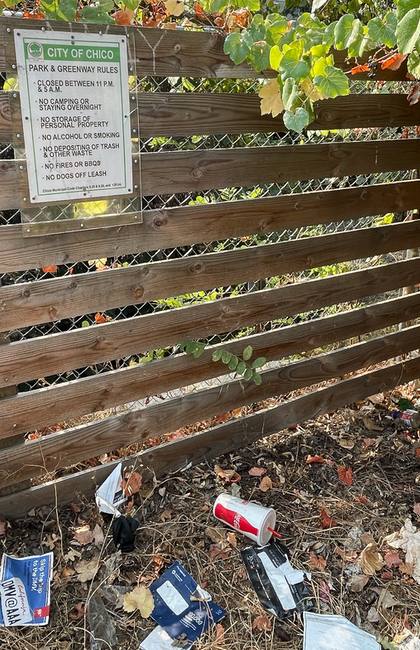 A city of Chico sign outlines the rules for this greenway. But there is no access to the area without climbing a fence. The garbage isn’t there anymore. (Image: Kathryn Reed)

The three of us decided to drive to various locations along the creek, which had no water in it, to see if we could climb down.

As we peered over one bridge to assess our access options, a guy asked if we were cleaning up garbage. We said, yes, but not taking anyone’s home. His was living below us along the creek. He said he could rake things up a bit, but wasn’t sure what to do about the garbage. One woman said put it in a pile and someone would get it.

It was astonishing to see all of the trash in the creek bed and along the edges. It’s not the homeless contributing to the trash problem. Apartment dumpsters were not closed, with crap all around them which was then blowing into the watershed.

Clothes were strewn about a suit case. All sitting on the rock bottom of the creek.  Who stole the suit case and who lost it? The clothes looked perfectly fine, as did the suit case; well, at least from my vantage point. This was another instance of not being able to access the discarded items. 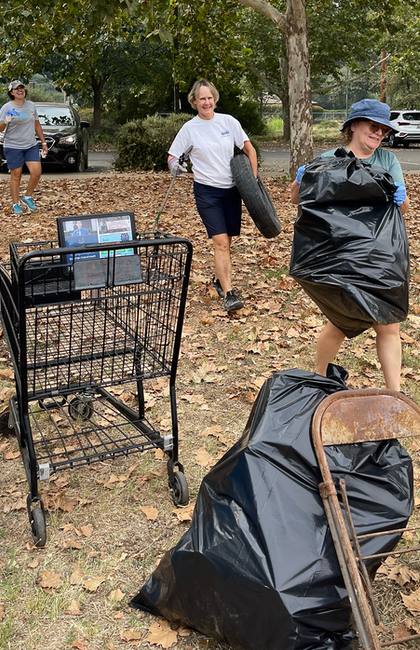 Bringing in the day’s haul on Sept. 17 in Chico.

We texted in another location. Organizers said they noted it. Here a mattress with graffiti on it had been dumped. It didn’t look like it was part of someone’s outdoor home, but instead someone chose this public spot to be their garbage can.

We cleaned up trash in some the public rights-of-way near overpasses of the creek. We filled our three large black garbage bags with lots of bottles, cans, food wrappers, clothing, shoes, cigarette butts, cardboard, and a well-worn blanket.

A metal chair without a seat or back and a tire with the rim intact were part of our haul.

All of Little Chico Creek that we surveyed needs attention. With rains coming early (fingers crossed the wet stuff keeps falling), actual water in the creek mixing with all the debris is going to be an environmental nightmare.

Butte Environmental Council put on the Sept. 17 event which was part of the larger 38th annual California Coastal Cleanup Day.

The California Coastal Commission said, “With 60% of the cleanup sites reporting, the statewide count stands at 27,185 volunteers. Those volunteers picked up 220,861 pounds of trash and an additional 29,702 pounds of recyclable materials, for a total of 250,563 pounds or 125 tons.”