Building material costs, with lumber alone up by 180 percent, may not drop to pre-pandemic levels soon, even when mills return to full staffing and overseas factories fully recover, according to some suppliers and contractors.

“This price spike has caused the price of an average new single-family home to increase by more than $24,000 since April 17, 2020,” stated the National Association of Home Builders, which reported lumber spiking 180% since the spring 2020.

“Six months ago I would have told you it will come down at any moment. Now people say there is no end in sight,” said Ryan Arata, general manager for the Sonoma County lumber yard. “You can’t just fix the supply overnight. If tomorrow COVID ended and everyone was back working 24/7, they would still only have X number of plywood plants in the U.S. and you can only work so fast. So, it’s going to take months or years to build up stock.” 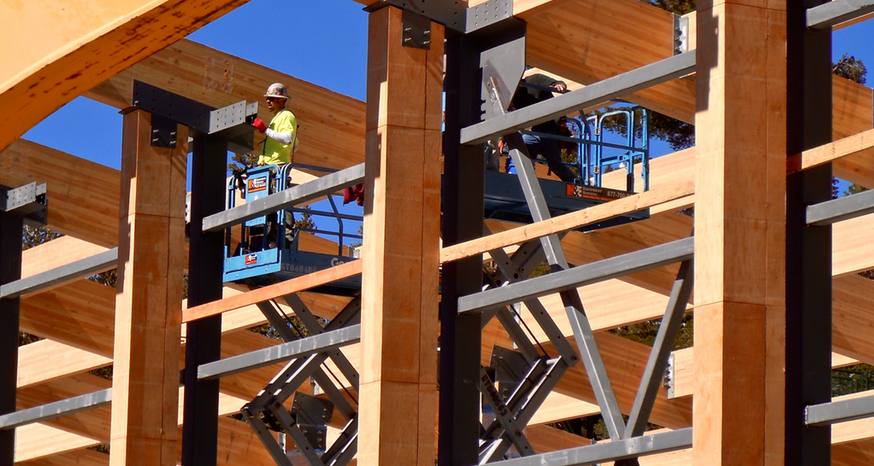 Rick Wells, CEO of Marin Builders Association, said these prices may be here to stay for a while.

“They may swing and drop in small amounts, but don’t expect to see a return to pre-COVID prices. What we are going to see is a new floor,” Wells said.

The association has 565 members all over the North Bay, but primarily in Marin County; representing every kind of contractor as well as folks who do business with contractors.

Those in the construction-building-design business mostly point to the pandemic for the reason why the prices have skyrocketed and why the supply of goods is out of whack.

When the country and world started to shut down in March 2020 so did lumber mills, as did factories making appliances, and other related sectors. Like many industries, when work resumed, protocols were in place to keep employees safely distanced. A full complement of workers did not return. This meant the production lines were putting out less than they did before the pandemic.

Healdsburg Lumber said vendors used to deliver product in two days with 98 percent of the order. Now it takes four weeks, with a fill rate of 60 percent.

The coronavirus pandemic disrupted shipping times, too, with some of the material coming from overseas.

Today, it’s necessary to provide at least a 12-week lead time for ordering those same doors. A year ago it was not a problem to get them in three weeks.

Christopherson uses KitchenAid appliances, which are made in the United States. Even without an ocean liner needed for shipping, delays and price increases are the norm.

“I think the issue is with the labor force,” Christopherson said. “People are getting unemployment checks so they are not coming back to work. It’s really pushed the cost of building way up. It’s making it difficult to build houses at reasonable prices. The market has never seen anything quite like it.”

Whirlpool Corp., which makes Whirlpool, KitchenAid, Amana, Maytag, JennAir and other brands of appliances, has 15,000 employees at its nine plants in the United States. 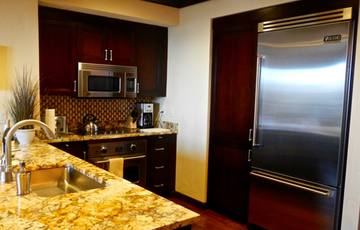 It is taking months to get appliances for new and remodeled homes. (Image: Kathryn Reed)

“Our plants have experienced a few brief interruptions in production related to the pandemic, including component shortages, but as a whole have remained up and running throughout this challenging time,” spokesman Chad Parks said. “Implementing steps to make our plants COVID-safe can impact manufacturing lines and production rates. These adjustments, including social distancing, have impacted most manufacturers across many industries, including many of our suppliers and other appliance manufacturers.”

Victoria Reschke, category business manager with Napa-based Central Valley Lumber, believes the pandemic is the reason for the market being off kilter. With people’s work spaces now in their home, along with kids still going to school virtually, renovations are the norm as is moving because many people can work from anywhere.

“People want to move to the suburbs where they have land and more space in their home,” she said. “People want an office, a kids’ room where they don’t just sleep. In California I think that demand is here to stay.”

All those remodels and building of larger homes would stress a normal supply chain, but these are abnormal times.

“We have had trouble with refrigerators. It’s much, much worse because what happened when COVID struck is people bought a second refrigerator for the garage so that wiped out the refrigerator supply,” Linda Nave with Sandra Bird Designs Inc. in Kentfield said. “In addition, the supply chain was broken because of shipping, then factories closed down until they could operate COVID-friendly. Some refrigerators are delayed six months.”

Sandy Bird, who owns the company and has been in business for 40 years, was one of the first women to get a contractor’s licenses in Marin County. She has seen the ebbs and flows of the remodel business through the decades, with what’s happening now being off the charts.

Windows and doors are taking longer to arrive. Engineered flooring mostly comes from China and is being impacted by tariffs. Sheet rock and concrete all cost more than a year ago. Prices are easily 20 percent higher than in early 2020, Bird said.

A consequence of haphazard arrival times for goods is the lack of space to store all the inventory. Contractors are used to product arriving as it’s needed. Bird is asking clients to store goods until it can be used because she doesn’t have the space to keep it.

Another factor slowing down the process for Sandra Bird Designs is the amount of time it takes to get a building permit.

“For a bathroom remodel we did in Corte Madera it took eight to 10 weeks to get the permit when normally I would get it right at the counter,” Nave said. Municipal government offices are still operating in COVID mode, thus adding constraints to the building industry and others.

The solar industry is also hurting from escalating prices from suppliers, with copper wiring being the main commodity. 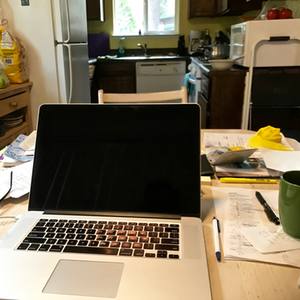 “The copper value in January compared to now has tripled,” said Ben Goldberg of Simply Solar California. The Petaluma-based company has 90 employees who work throughout the Bay Area. “It’s the large commercial projects where it’s adding tens of thousands of dollars to a half-a-million-dollar project.”

A quote Goldberg did recently in McKinleyville in Humboldt County for a 40,000-square-foot project is $30,000 more than it would have been late last year.

For now, residential solar projects are less impacted because the square footage is not as great. Prices there might be up about $100 compared to six months ago.

Goldberg blames the pandemic for the cost increase as well as the North Bay fires over the last few years for adding to the demand in solar on new-home construction.

“First of all the lumber thing is just ridiculous. If we are able to get lumber, it is so far out in the stratosphere. It is not remotely close to anything I’ve seen,” Christopherson with Christopherson Properties said. He’s been in the home building business for 42 years, with most of the work in the greater North Bay.

While he acknowledges closure of the mills starting last spring brought the supply chain to a halt, Christopherson is not convinced that is the only factor affecting lumber prices.

“It is a commodity, so I smell Wall Street buying futures,” he said. “But that is a hunch.”

Mark Labourdette, owner of Design/Build Specialists Inc. in Novato, worries that an economic bubble may be forming.

His firm that combines architectural and building services is focused mostly on remodels.

Christopherson gets his lumber from Central Valley Lumber, which has seven locations mostly in the North Bay. That company also expects prices to remain high.

“We are reforecasting to August for when we see prices coming down, but I don’t think it will be a huge swing — maybe a few hundred dollars per thousand,” Reschke with Central Valley Lumber said. “I think what will bring a big change is bigger than the industry. Something will happen nationwide, something in the economy.”

“One of the things that is really hard to get is the trusses for the roofing,” said Jose Jimenez, owner Jimenez Construction in Rohnert Park. “You have to order them like six months before you start. Two or three years ago you ordered them when you started the job and it arrived right on time.”

Goldberg with Simply Solar California is also in the roofing business.

“On the roofing side the biggest thing is lumber itself has gone up, but plywood has tripled in less than six months. That is literally one of the biggest expenses for us,” he said. “We are almost installing roofs at margin. We are barely breaking even.”

A standard 1,800-square-foot home would have about a 22-square-foot roof. Today just for the plywood Goldberg would need to charge $4,200, while last fall and the end of summer it was $2,000.

The added expenses are making home projects less affordable for many.

“A homeowner who just wants to redo a fence it was $1,200 last year and now all of sudden due to lumber and even the labor aspect of it could be five or six times that price,” Arata said. “It affects the middle and lower classes much more than the higher classes.”