Don’t squeeze the Regio! The what? Regio. It’s one of several brands of Mexican toilet paper that have been showing up on shelves at U.S. retailers. 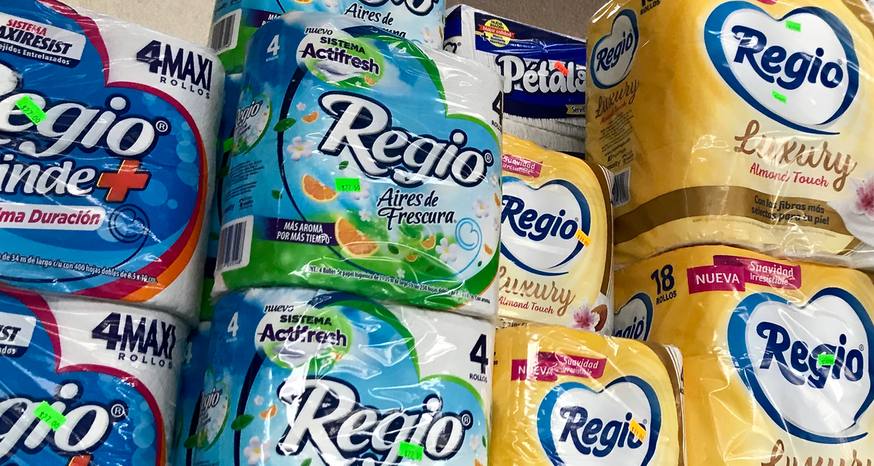 Mexican brands of toilet paper are on some stores shelves in the U.S. (Image: Kathryn Reed)

When the pandemic first hit in the spring stores in the U.S. could not keep toilet paper in stock. Sales were up more than 100 percent in March compared to 2019. While the supply has improved, manufacturers in the United States are still struggling to keep up with demand. This left retailers scrambling to satisfy customers’ basic needs—something to wipe with.

Mexico toilet paper companies have come to the rescue. Regio, Hoteles Elite, Daisy Soft, Petalo, and Vogue have been seen at stores throughout the U.S. It’s not just Mexico helping out. TP companies in Canada and Trinidad and Tobago have also sent product to the States.

According to Statista, people in the United States use the most toilet compared to other countries. “On average, an American can be expected to get through 141 rolls of the stuff per year, equating to roughly 12.7 kilograms.”

Once U.S. brands can catch up, expect the international products to disappear.