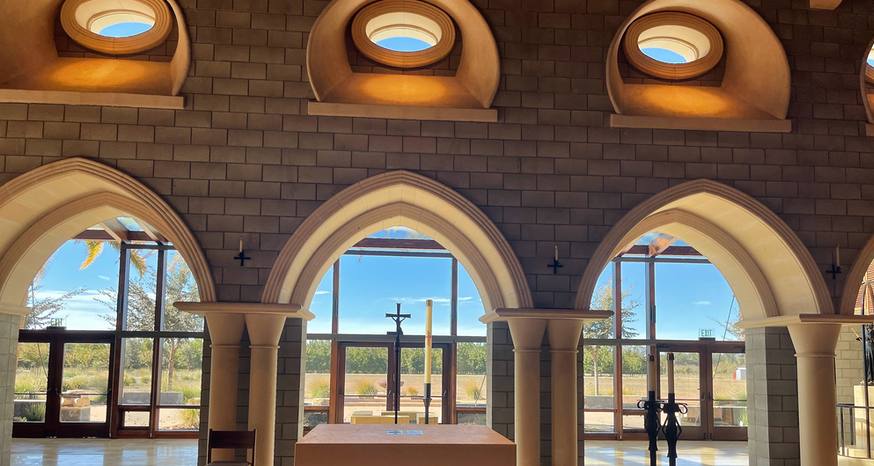 The church at New Clairvaux Abbey is a work of art. (Image: Kathryn Reed)

Rays of sunlight beam through the windows. It’s hard not to be mesmerized by the detail in the stonework. The triple-arched Gothic entry is stunning.

The church at New Clairvaux Abbey is breathtakingly beautiful. It’s a magnificent structure that is a blend of old and new. The guest entrance is through a 200 pound wooden door.

According to our tour guide, it was built to last a thousand years. Considering the history of the abbey already goes back about a thousand years, it seems appropriate this place of worship in Northern California should last another millennia. 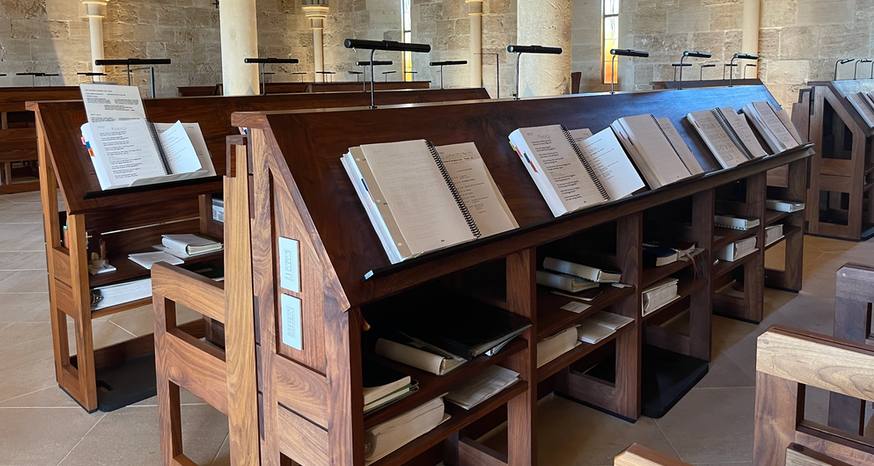 Pews where the monks conduct their prayers. (Image: Kathryn Reed)

Dwite, our guide, told us that about 35 percent of the stones used to build the church were from a 12th century “chapter house” that was originally part of Santa Maria de Ovila Cistercian Abbey in Spain, another 35 percent were cut in Spain, while the remaining sandstone came from Texas.

According to information provided by the abbey, this is the “largest example of original Cistercian-Gothic architecture in the Western Hemisphere, and the oldest building in the United States west of the Mississippi.” 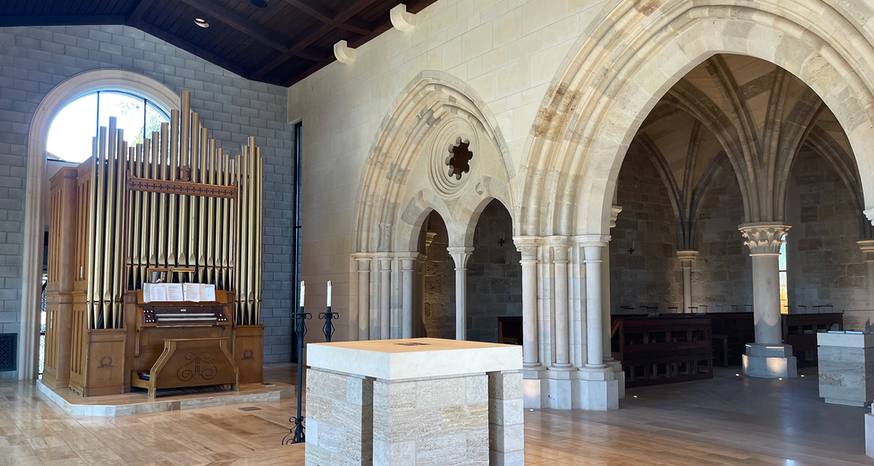 The pipe organ came from a church in Redding. (Image: Kathryn Reed)

It will be four years this month since the church opened for worship. But during the pandemic, the facilities were closed to the public until late last year. To witness the monks in prayer in their sacred place was a bonus to the day.

We were all quiet as we sat in the visitors’ area while the monks drifted in, bowed and then went to their assigned pews. It was the shortest service of any denomination I’ve attended. Mostly it was about being quiet, with a prayer and a song part of the ritual.

While the monks who reside in this monastery in Vina, about 20 miles north of Chico, worship multiple times a day, we were there for just one session. This was the conclusion of our guided tour. 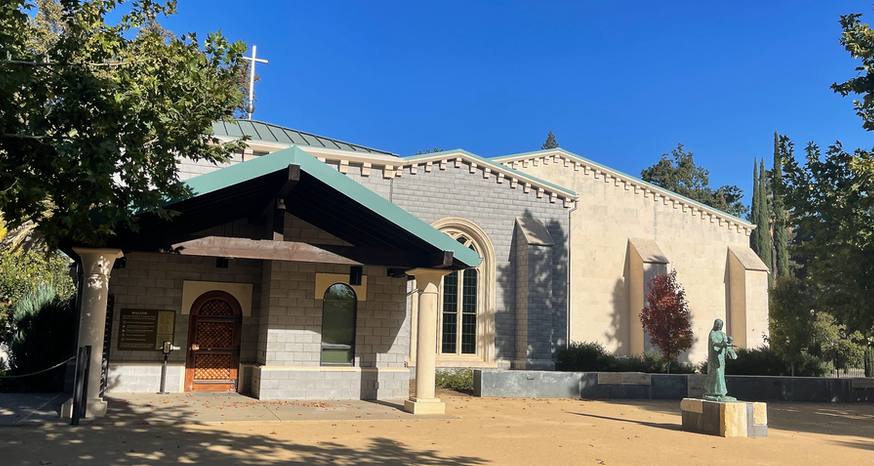 Guided and self-guided tours at the monastery are available. (Image: Kathryn Reed)