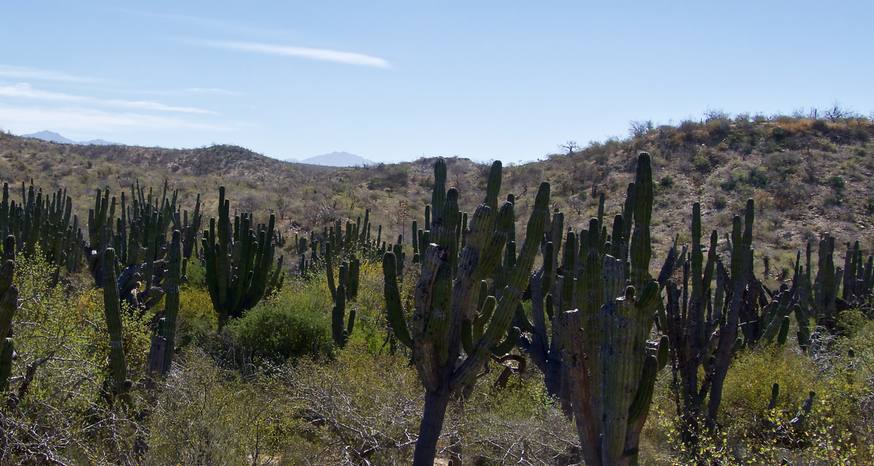 It is illegal in Mexico to cut down cardón cacti. (Image: Kathryn Reed)

With arms protruding every which way, these Baja beauties look like they would be fun to climb. Too bad painful would probably be the first adjective if one were to attempt to do so.

A cactus needs to be respected. Those spines can be lethal. That’s why most animals – humans included – don’t even think about touching them. Yes, some are edible, others can even be used as a source for drinking water. Still, they aren’t something to embrace or be playing on.

Cardón cacti are the tallest in the world. (Image: Kathryn Reed)

Surrounded by all these cacti almost made me feel defenseless. I’m not sure the tweezers in my first aid kit would have been ample to pluck the spines out of my skin or clothing. Fortunately, the couple burrs that lodged into the pads of AJ’s feet were easy to remove so she could keep up with me and our three hiking companions.

When the spines fall off of the cardón, they usually don’t grow back. Then the green becomes more of a gray, almost to the point it looks like wood. 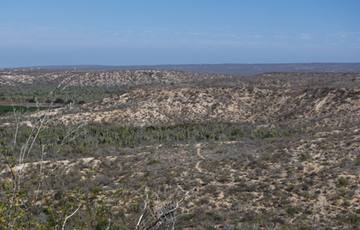 Cardón Canyon is the green area in the center, with the dirt trail coming out of it. (Image: Kathryn Reed)

Descending into Cardón Canyon in the Las Tunas area of Todos Santos was almost magical. To be surrounded by these giants was mesmerizing. Their growth patterns are unique, yet similar. Some have more robust trunks, others have so many arms they are spider-like, while others are more simple in their formations.

Even though cardóns resemble the saguaro, that cactus does not grow in Baja.

The cardón loom large throughout Baja California. After all, they are the tallest cacti in the world, reaching more than 60 feet. Mexico law prohibits the destruction of these plants. The flowers show themselves at night between March and June. The nocturnal nature allows for the conservation of water. Pollination comes mostly from bats. 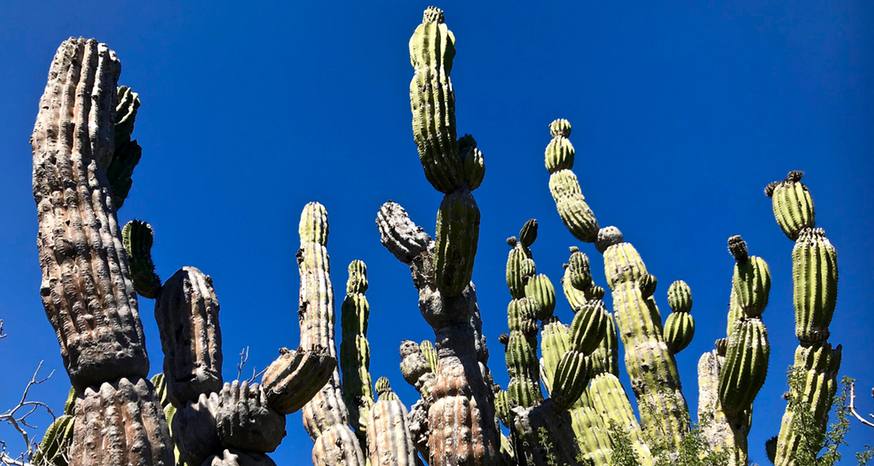 From a distance this grove of wild cacti didn’t seem that impressive. The green of the cacti paled slightly in comparison to the chili fields growing nearly adjacent to them. What was different here was the cluster of cardóns. Usually they seem to grow farther apart.

While the cardóns were our destination, several species of plant life decorated the path. A few wildflowers were sprouting as well. 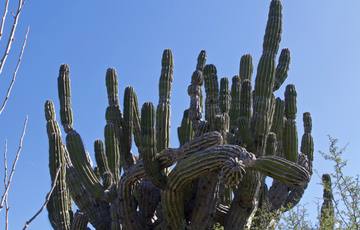