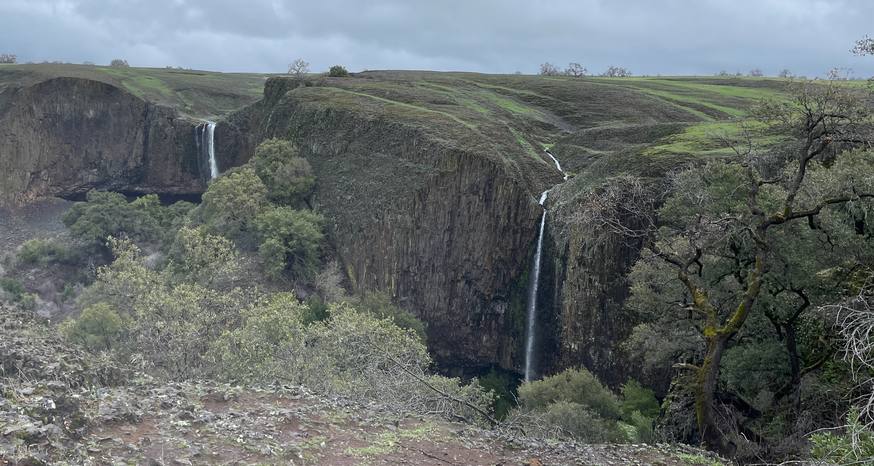 It won’t take much effort to search for waterfalls this year. Water is flowing in some unusual places thanks to all the rain that has been dropping on California and points east.

Table Mountain’s magic was on display Jan. 15 and will likely continue for weeks to come.

According to Explore Butte County, the local tourism agency, 14 waterfalls can flow at Table Mountain after a major rainstorm. The larger ones will continue to drip water into April in a normal year. 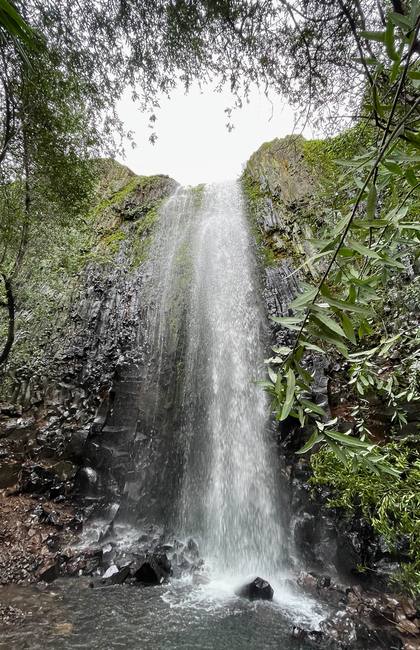 It’s too soon to know if Mother Nature’s spigot will stay in the on position or if she has let everything out. Either way, it’s not too early to seek out waterfalls.

At Table Mountain this weekend various parts of the trail were flowing with water, thus necessitating jumping, rock hopping and getting one’s feet wet.

I’m very much a “better than fair weather” outdoorswoman these days, so the fact that I was even outside when the forecast was for rain was surprising in itself. But I couldn’t handle one more day inside. 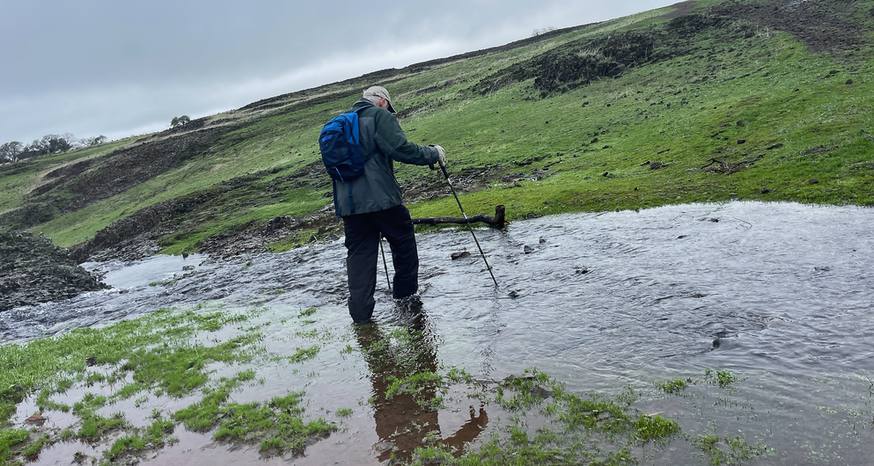 Plenty of other people had the same idea, as the parking lot at this Butte County ecological reserve run by the California Department of Fish and Wildlife was fuller than I expected. Not like when the wildflowers are out, but still, impressive based on the weather.

Witnessing Ravine and Phantom falls on this grey, blustery day was worth enduring the cold, blowing rain for half of the nearly five-mile round trip excursion.

Last March when I did a similar hike it took some effort to see Phantom Falls, as it was living up to its name. One could barely see a dark on the rock that day, signifying where a trickle of water still flowed.

This week there were two distinct waterfalls tumbling down from the rocks, making me wonder what the other one is called or if both are Phantom Falls. 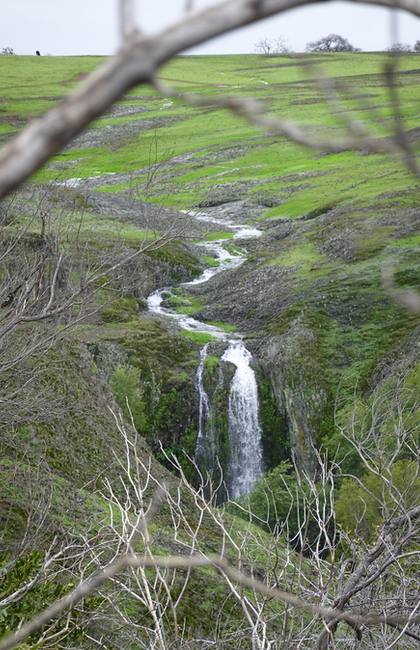 Ravine Falls from the far side of the trail. (Image: Kathryn Reed)

Table Mountain is aptly named—a mountain (remember I most recently live in Tahoe, so calling it a mountain seems exaggerated) that is flat as a table at the top. It’s distinguishable from afar.

Because of its flatness, the water coming to create Phantom Falls seems illusory. Getting up closer you see the small stream coming across the “table” that then spills over the rock face into Coal Canyon.

Ravine Falls this year is also raging. Fourteen months ago a few strands of water trickled down the moss covered wall which required some imagination to know it can be an actual waterfall.

One of the great things about Ravine Falls is being able to see it from the top and bottom, making the grandeur of it even more spectacular.

We opted to head back a different route that took us essentially across the top of Ravine instead of going to the bottom again. The trail was kind of obvious, kind of a cross country crap shoot. It’s flat, exposed rock and short grass, so it wasn’t like there was any chance of getting lost. Plus, we weren’t the only ones with this idea.

As beautiful as it was, hiking in the rain is not going to be a regular thing for me.