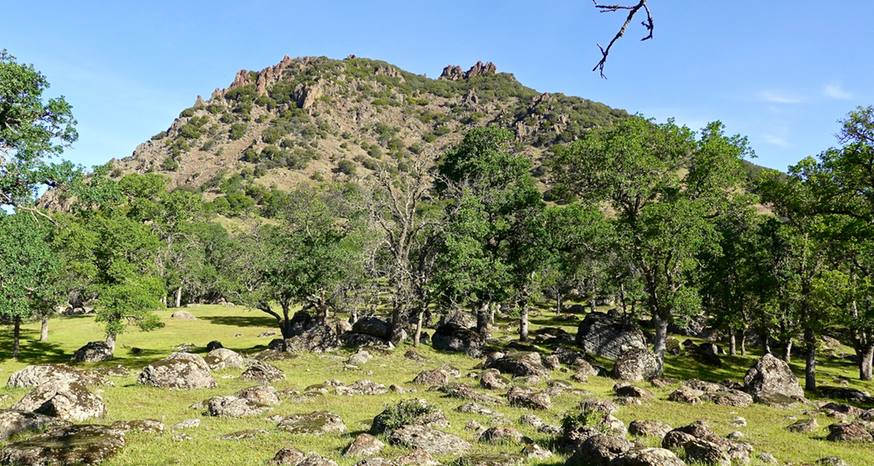 North Butte is the highest location in Sutter Buttes that is accessible to the public. (Image: Kathryn Reed)

Even when you know there won’t be switchbacks, it doesn’t mean you don’t curse the fact they don’t exist.

My heart rate was surging a bit climbing to the top North Butte in the Sutter Buttes mountain range near Yuba City. And my quads were feeling it the next day.

Hike leaders of the Summit Ascent/North Butte hike described it like this: “One of the Buttes’ most challenging treks, this route is a steep, 1,000-foot push straight up North Butte. It is off trail and has no easy switchbacks. Hikers must be in very good physical condition and not suffer from vertigo.” The nonprofit that puts on the hikes lists their outings on a 1 boot (easiest) to 6 boots (hardest and called extreme). My hike on March 20 was a 5-booter, labeled strenuous.

There were parts that were definitely strenuous, but it’s not sustained. I was super happy to have my poles, though, for the climb up and down. Definitely not a hike for anyone with knee issues. The soft dirt presented a potential slipping problem going down. Fortunately, the narrow parts of the trail with a substantial drop were not long enough to trigger my height issues.

We made it to the top of North Butte, the highest point accessible to the public. The height is 1,863 feet, which is not scalable without a rope. The public isn’t allowed to climb the rocks. 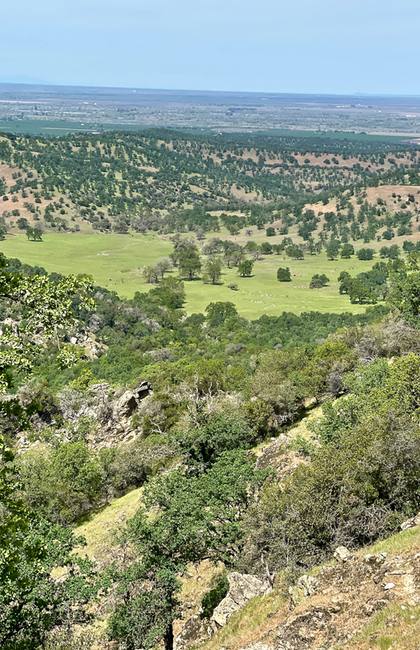 Peace Valley is owned by the state, but not accessible by the public. (Image: Kathryn Reed)

We had lunch at the base. From here are some iconic vistas. Sacramento’s skyline was distinct in the distance, with Mount Diablo just to the west. In the opposite direction were snowcapped Mount Shasta and Lassen Peak. Also visible was Sierra Buttes.

The closest point of interest was South Butte, which can boast of being the tallest point in Sutter Buttes at 2,122 feet. It is not open to the public.

While the Buttes are volcanic, the last eruption was about 1.5 million years ago. Glad no one was talking about them being overdue to spew lava.

After descending North Butte, we headed back in a different direction from where we started. This led to a vista of Peace Valley. That green area is a state park that is not accessible to the public. Our guide said there are talks to try to rectify that situation at least on a limited basis. The concern by ranchers is it would be overrun with people, and therefore would be a threat to their livestock. In the park is a historic cemetery.

More modern human evidence is found at what’s called Seismograph Hill. While there isn’t much seismic activity in these parts, if there is any, it will be picked by USGS officials. A sad sample of humans spoiling such pristine terrain was the graffiti on the rocks at the top of North Butte.

No wonder the only access to this area is to pay to hike through Middle Mountain Interpretive Hikes, or to be one of the landowners or their guest. Sutter Buttes has multiple land owners, with three primary ones. We were on the Dean property.

It was a gorgeous hike, with green grass everywhere. Oak trees—blue oak, valley oak, and live oak—are the predominant flora. Though several wildflowers were in bloom—lupine, blue dip, popcorn, filaree and poppies to name a few. 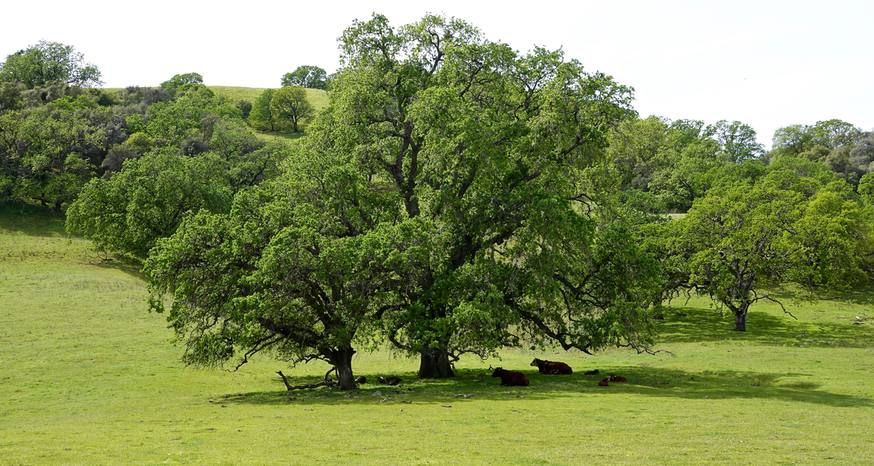