Beauty spills forth from PCT in Lassen National Forest 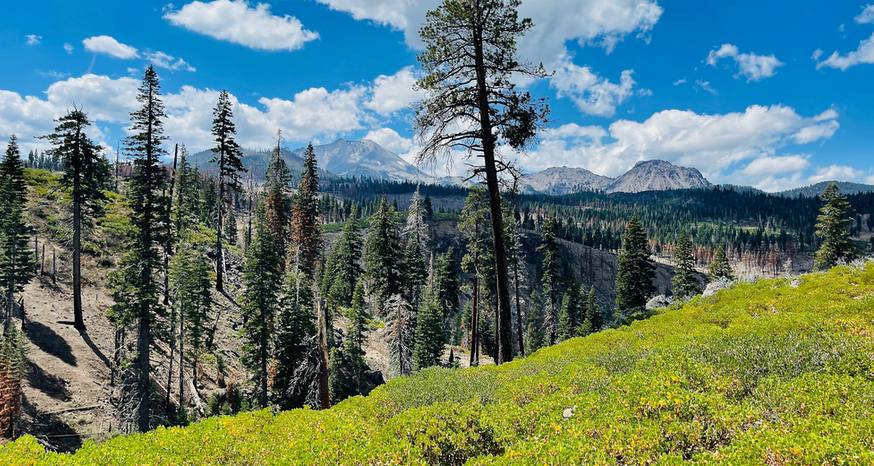 Lassen Peak at 10,457 feet stands out in the distance. (Image: Kathryn Reed)

I have zero aspiration of hiking the entire Pacific Crest Trail. (I like sleeping in a bed and not on the ground.) But I do like knowing I just knocked off another five miles of this 2,650-mile route that goes from Mexico to Canada via California, Oregon and Washington.

Most of my experience with the PCT is in the greater Lake Tahoe area. Oh, my, what a visual treat it was to see new terrain in the Lassen National Forest. A panoramic view of Lassen Peak revealed itself much to the awe of all of us. It was hard to soldier on from that point as it was definitely the highlight of the day.

This is at Badger Pass, where Raker and Prospect peaks are also visible. 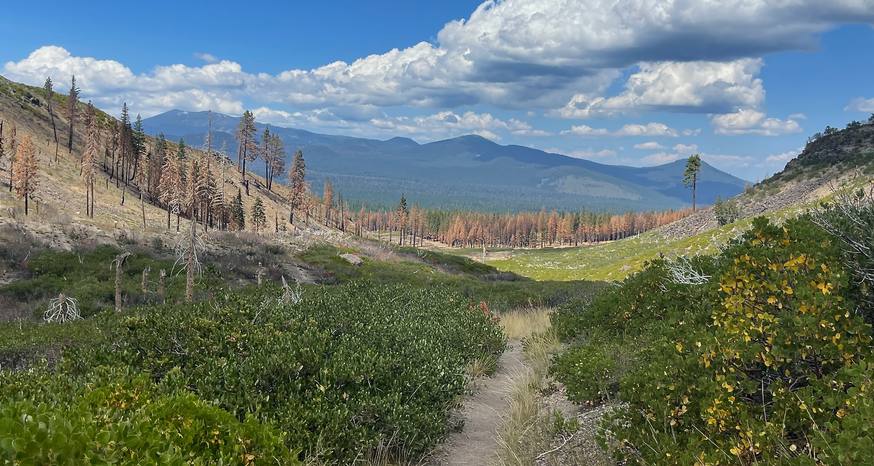 The mass of trees in the distance is Thousand Lakes Wilderness. (Image: Kathryn Reed)

At more than 10,000 feet, Lassen looms large. On this day a dust devil swirled in front of it. Some in the group believed it was actually dirt filling steam from a fumarole. It was too many miles away to know for sure.

On the trek back the highlight was the view of Thousands Lakes Wilderness. Even from that distance it was inviting. Another new place to explore in the future.

Much of the trail was rather flat, with the incline never that great. While some in the group had poles, I left mine in my pack. 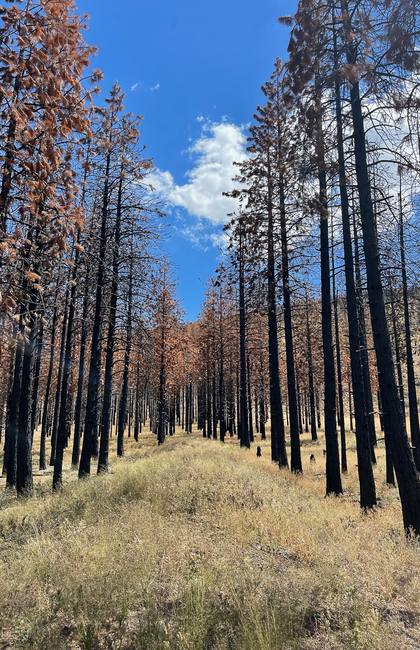 Near the start of the trail it felt like a fake forest of sorts because of how the trees were all growing in rows, spaced apart and all seeming to be the same age. Perhaps it was clearcut in the past and then replanted.

In other areas it looked unkempt with scraggily branches touching the ground. So much for fuels management.

But once through this area it was one incredible foot step of beauty after another. Even the fire scar had its own beauty. 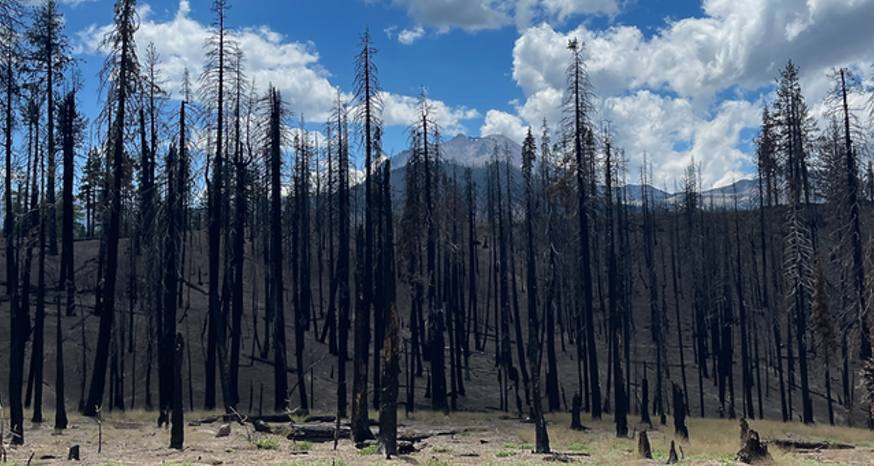 About three miles in evidence of the last year’s devastating Dixie Fire came into view. At times we were surrounded by the charred trees, other times it was in the distance. While in other locations it was easy to see we were on the perimeter of the burn with some trees scorched, others partially or totally green.

Being where only a handful of others were except for our group—especially on a summer weekend—was ideal. My excursion in July was with 11 other members of the Chico Oroville Outdoor Adventurers. 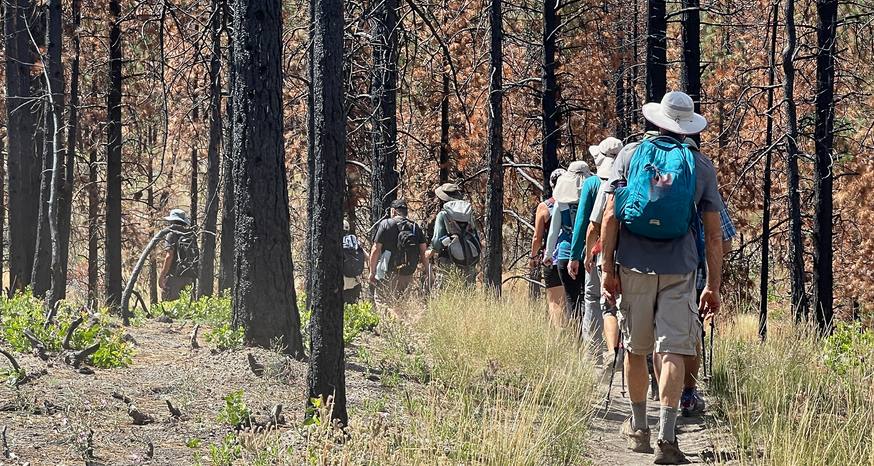