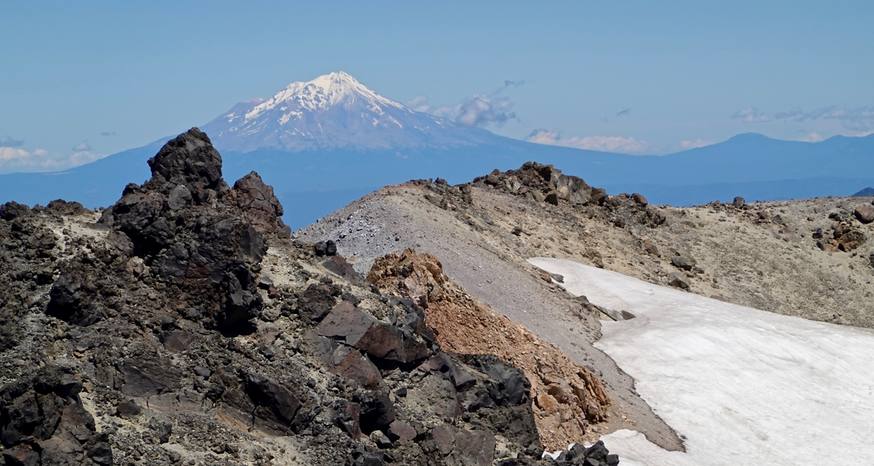 Mount Shasta is the highest peak visible from the top of Lassen Peak. (Image: Kathryn Reed)

It was a year ago July 13 that Lassen Volcanic National Park was forever changed. All because a 70-foot Douglas fir tree toppled onto a PG&E distribution line in the Feather River Canyon.

Of the 963,309 acres that were consumed in the 2021 Dixie Fire (which as of today is the second largest wildfire in California’s history), 73,240 acres were in this Northern California park. That equates to 69 percent of the park being ravaged. 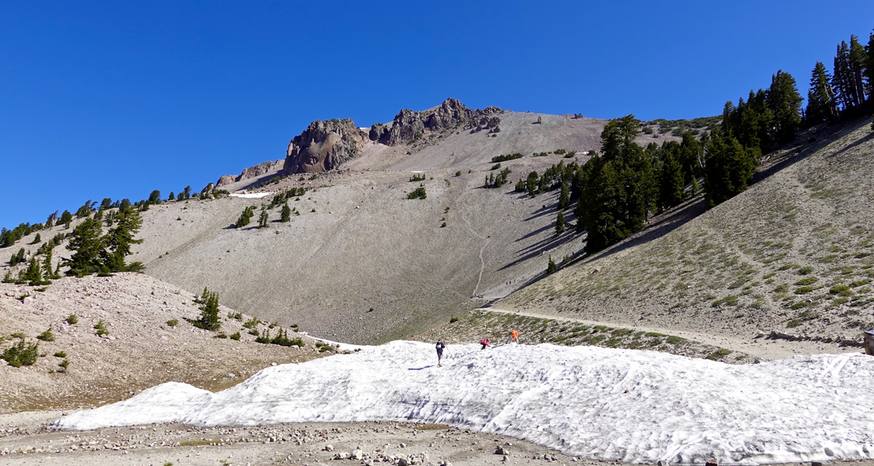 Lassen Peak from the start of the trail. (Image: Kathryn Reed)

Despite that horrendous reality, so much beauty still abounds in Lassen.

I wasn’t too sure what to expect, though, on this first Thursday in July. After all, the hike leader did her best to dissuade people from joining her. Her description: “It’s my LEAST favorite hike … hot, dry, dusty, barren, crowded … everything I avoid.” Her reason to go was to acclimate to higher elevations for an upcoming excursion in Europe. My reason for going was I had never been to the top of Lassen Peak.

It was so worth it.

Beauty is everywhere on this hike. The rocky trail necessitates a lot of looking down, but taking the time to pause brought more enjoyment to the hike. Not stopping would make it a grind. The trail is barren. But the views above shoelace level are breathtaking. 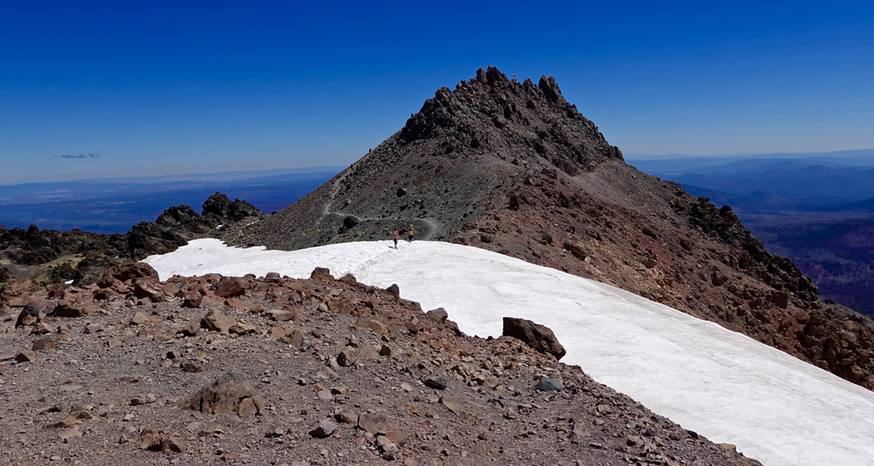 The final climb to say one has truly made it to the top of Lassen Peak. (Image: Kathryn Reed)

Brokeoff Mountain is a constant visual. The sapphire blue of Lake Helen, while minuscule in comparison to Lake Tahoe, stands out in this stark, volcanic landscape. The lake is named after Helen Tanner Brodt, who in 1864 became the first white woman to hike to the top of Lassen.

Our group of seven from the Chico Oroville Outdoor Adventures clocked 4.79 miles. The low point was 8,451 feet, with the highest being 10,272 feet. Lassen Peak is actually 10,457 feet tall. Those last 185 feet require scrambling up the rocky cone. My height issues said no way.

After all, the views were not likely to get any better from where we and most others turned around.

At this elevation we could look across to snowcapped Mount Shasta that scratches the sky at 14,179 feet. 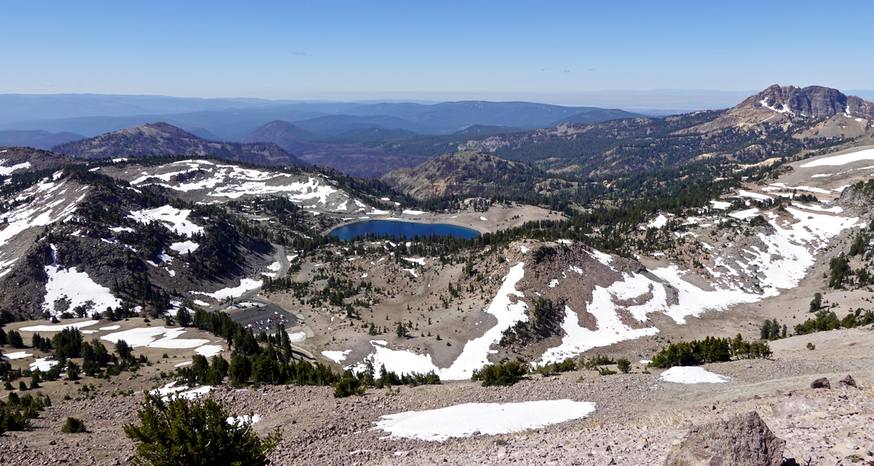 Helen Lake in the center is surrounded by volcanic splendor. (Image: Kathryn Reed)

One of the fascinating things about Lassen Park is that it contains all four types of volcanoes that exist in the world—shield, composite, cinder cone, and plug dome.

Lassen most recently erupted in 1914. This was 27,000 years after the previous eruption.

One sign pointed out, “While the area sleeps now, steam vents, boiling springs, and bubbling mudpots remain active—direct evidence that the volcanic center still smolders. No one can say when or where the next eruption will occur. We can only say that it will.”