Beauty of Mono Lake spills forth from its edges 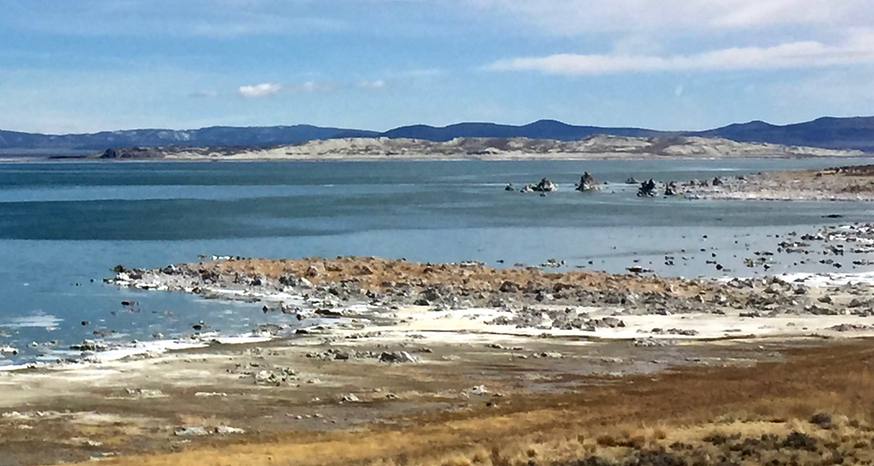 Mono Lake along Highway 395 in California is a natural wonder. (Image: Kathryn Reed)

Blink and it’s gone. Linger and you will think you’ve entered another dimension. This is the Mono Basin in the Eastern Sierra.

A ring of white covers a large swath of the edges of Mono Lake. This is salt, not snow. The salt builds up because there is no outlet for the water.

Tufas dot the landscape near the shore of this 65-square-mile body of water. They, too, have to do with the salt. The dictionary definition of a tufa is, “A porous rock composed of calcium carbonate and formed by precipitation from water.” 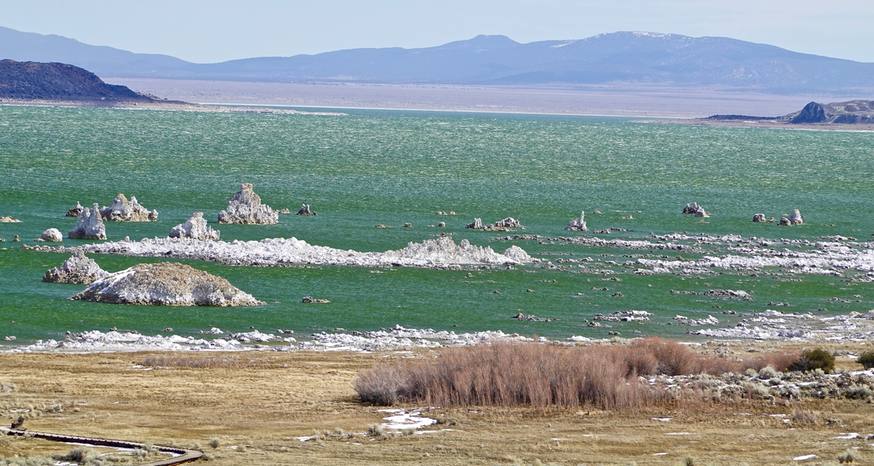 Tufas not far from the shoreline of Mono Lake. (Image: Kathryn Reed)

It’s easy to see all this majesty driving along Highway 395. A visitors center is open when there isn’t a pandemic going on. Programs are expected to resume this year on a limited basis.

Mono Lake didn’t always look like it does today. Motor boating and swimming used to be popular activities. Then in 1941 the Los Angeles Department of Water and Power sent water from the lake 350 miles south for its customers. With the fresh water depleted, the salinity concentration was out of whack.

“As a result, over the next 40 years Mono Lake dropped by 45 vertical feet, lost half its volume, and doubled in salinity,” according to the Mono Lake Committee.

The committee was formed in 1978 with the goal of saving the lake from further harm. Persistence led them to the state Supreme Court. 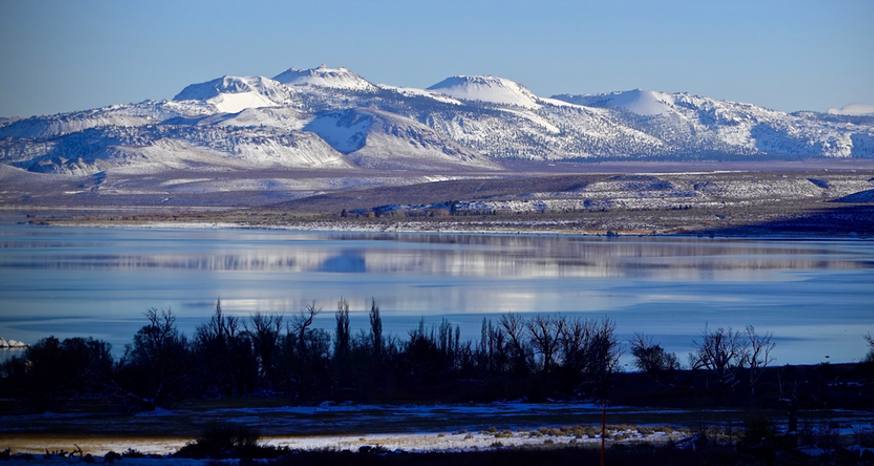 Mono Lake is worth pausing at no matter the time of year. (Image: Kathryn Reed)

“In a 1983 precedent-setting decision, the California Supreme Court agreed with the Mono Lake Committee, ruling that the state has an obligation to protect places such as Mono Lake, ‘as far as feasible,’ even if this means reconsidering established water rights,” the committee’s website says.

Further litigation and revised state policies helped preserve minimum water levels for Mono Lake. Restoration plans were put in place in 1998, and have been revised through the years. More work is to be done because despite all the regulations not all the parties are abiding by the documents they signed.

Despite the saline and alkalinity of Mono Lake, there is plenty of life in the area. Scientists have recorded more than 80 bird species, 1,000 plant species, and about 400 vertebrates.