Nursery owner tends to each plant with loving care 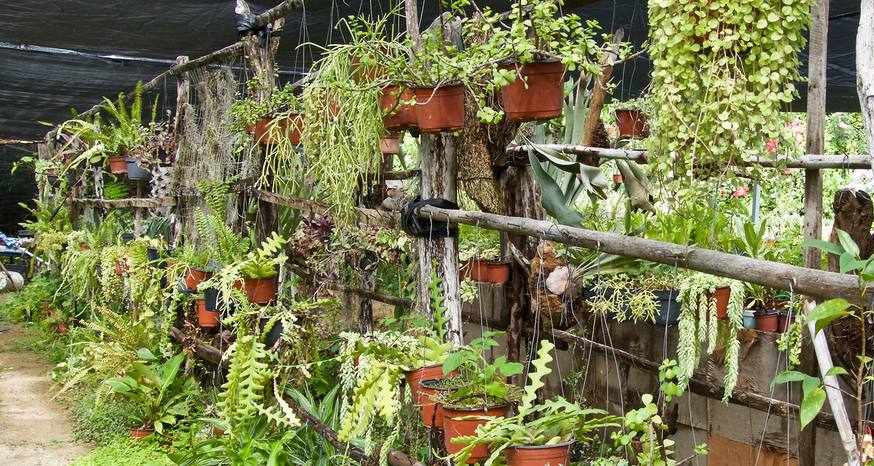 An array of plants are available at Vivero Todos Santos. (Image: Kathryn Reed)

It would be understandable if someone thought they were walking through a botanical garden. The reality is this is a unique nursery tucked away off a dirt road in Todos Santos.

Wandering through Vivero Todos Santos is a delight to the senses with so many colors, textures and smells.

Heriberto Parra Hake was born into the plant business, with his parents having had a nursery in Nayarit on the mainland. Passion for his product spills forth as he talks about succulents, amaryllis, and desert roses. Walking with him through the nursery is a lesson in botany, horticulture and desert sustainability.

It would be hard to imagine that these 4 acres when he bought them a few decades ago were an agricultural field with no trees. Today it is an oasis rich in botanical diversity. While only a fraction of the parcel belongs to his business – Vivero Todos Santos – it can be a bit overwhelming on the first visit to appreciate all that is there. 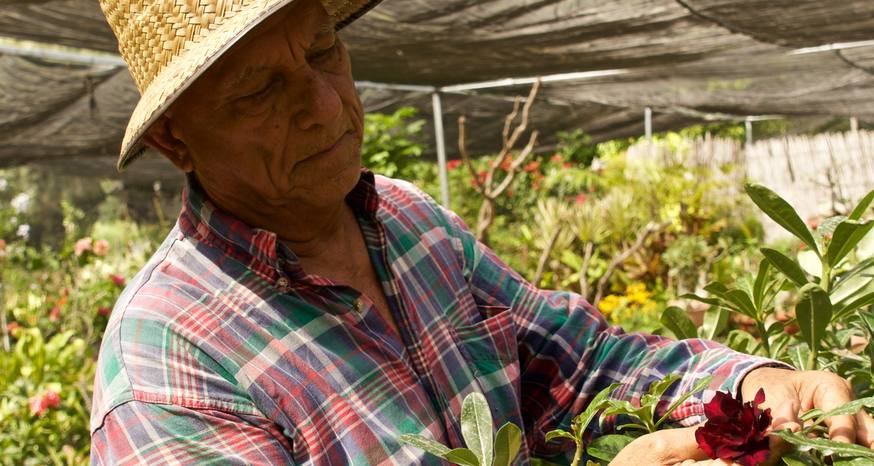 Heriberto Parra Hake has been interested in plants since he was a child. (Image: Kathryn Reed)

Even while Parra had a full-time job he was always interested in plants on a more personal level. At first he grew them at his small place in town, then moved to where he could grow enough to sell, and then eventually set up home and shop at his current location. In that time, he raised two children, and now has four grandchildren – all whom live in Todos Santos.

Although he learned much from his parents, and even grows many of the same plants, he has had formal training. The 73-year-old attended the national agricultural university in Mexico City where he earned a degree in agricultural engineering. In 1971, a job at the newly opened forestry research station led him to Todos Santos. He never left even though the research station has closed. The work he did there helped hone his skills in identifying plants and cloning varietals. 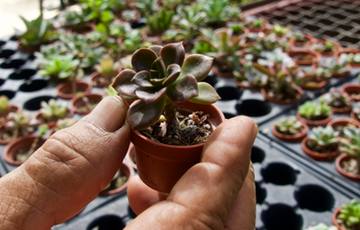 “We found 104 different edible native plants to the whole state,” Parra said of Baja California Sur. Flowers of the yucca plant can be used for soup, jojoba can be turned into bread, and there are the dates from palms to name a few.

The job included traveling to India to bring back the Neem tree. That, he said, is how Mexico became propagated with Neems.

Parra has been retired for about 10 years, at least from the research job. Now he can be found at the nursery every day, practically around the clock.

“My idea was to have a different nursery – from tropical and exotic, to plants that are very water efficient, and everything in between,” Parra said. “I have collected plants from all over the world to test them to see what works. Maybe one-third adapt to this world.” 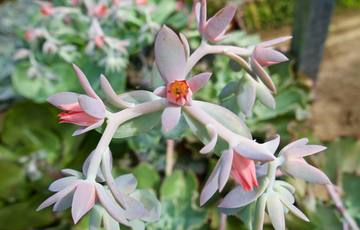 Only plants that will survive in Todos Santos are for sale. (Image: Kathryn Reed)

He refuses to sell plants that won’t grow in this tropical desert climate. He understands what works in shade, what is good in full sun. He’s a believer in drip irrigation and growing plants that don’t need a ton of water. What Vivero Todos Santos doesn’t have is vegetables, but there are herbs for sale.

While his traveling days are behind him, experimentation is very much a part of what he continues to do. He has taken desert roses and transformed them into what looks like mini bonsai trees. Every six months he pulls up the roots to uncover them. This allows them to have a more unique, substantive trunk.

With the amaryllis (lirios in Spanish) that came from Holland, Parra made approximately 500 blends.

“I got a really interesting new flower,” he said.

He names some of the newbies, but mostly numbers them for future reference. His favorite plant of all, though, is the jade vine that originated in the Philippines. The turquoise bloom is evident from April to June. Even so, his passion right now is succulents – and they are what people are buying as well. Parra claims to have one of the widest selections of succulents in all of Mexico. They are visible when driving in. Some are in containers no more than 1 square inch. Others are much larger, some are rare. With the variety of shapes and sizes, it would be hard to pick just one. 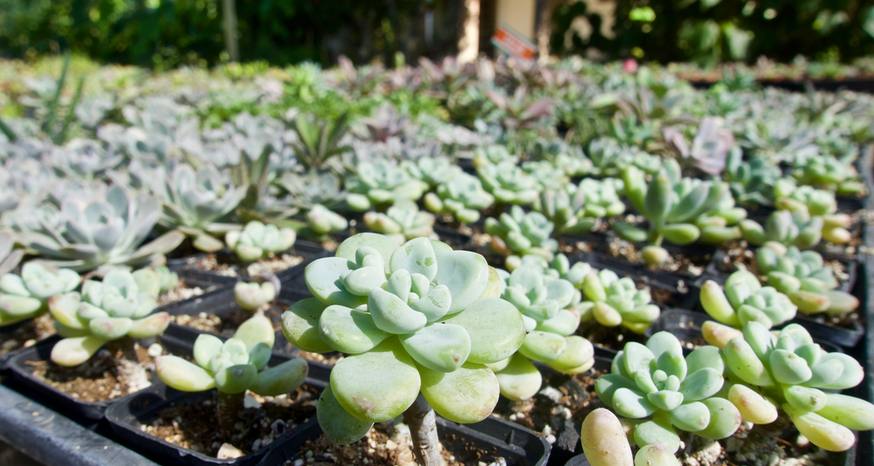 A variety of succulents are available at Vivero Todos Santos. (Image: Kathryn Reed)