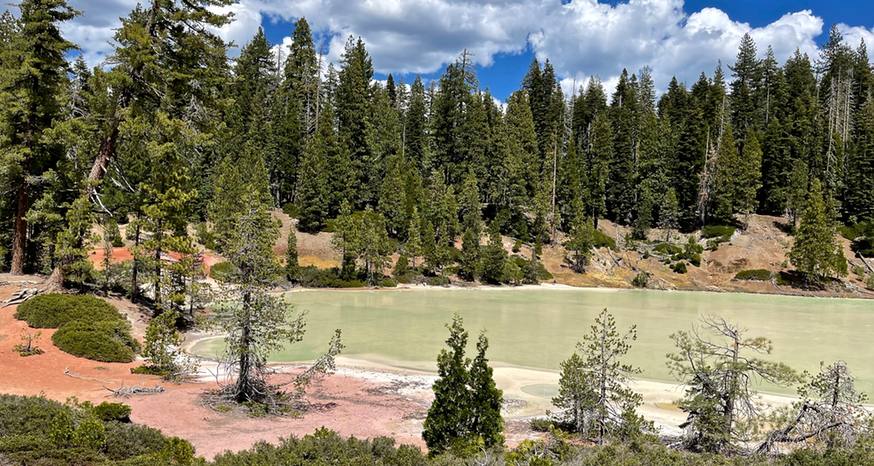 Boiling Springs Lake, with a temp of more than 100 degrees, is too hot to enter. (Image: Kathryn Reed)

The pale aqua-colored water had the look of being a glacial wonder until the gurgling became pronounced.

This was no icy mountain lake. It was quite the opposite. Appropriately named Boiling Springs Lake, it’s hot to the touch and would be scalding where the bubbling occurs. This isn’t the only location in Lassen Volcanic National Park with geothermal activity. 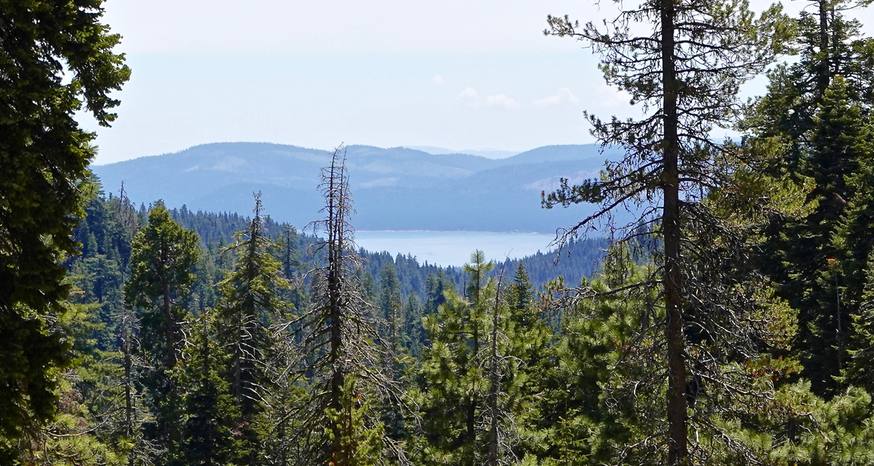 Lake Almanor, while not inside the national park, can be seen from the trails at Lassen. (Image: Kathryn Reed(

On this last Saturday of May, 30 hikers from the Chico-Oroville Outdoor Adventurers group started from the Warner Valley trailhead on what turned out to be a 7.6-mile trek through this Northern California park.

While we climbed 1,188 feet, it was not in one ascent. (Minimum elevation was 5,683 feet and maximum was 6,337 feet.) It was never too steep to warrant poles in either direction for one with good knees and balance.

Before reaching the lake we crossed a small stream originating from that body of hot water. It was cool, warm at best, to the touch. This was much different than the lake. While the west end of the lake, the cooler side, was OK to touch by hand, it’s hard to imagine wading into it would have been a good idea. 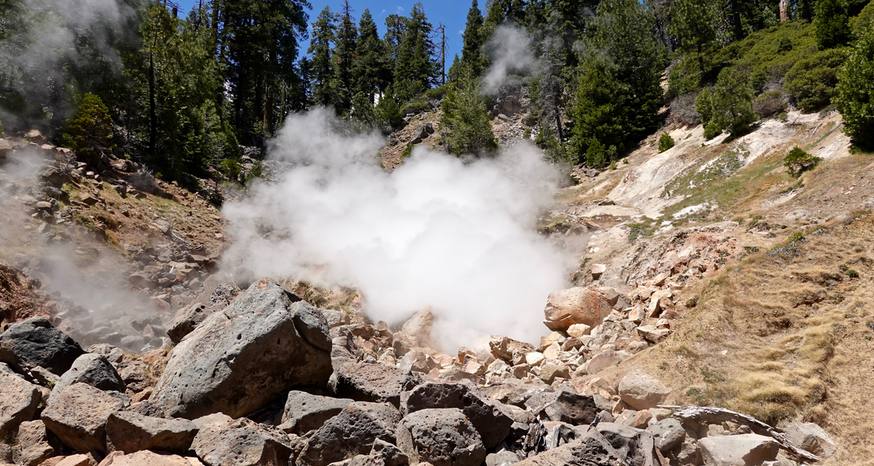 Signs were posted near all the geothermal activity stating to stay on the trail because the ground can give way. In fact, in some locations it was posted that it was illegal to leave the trail because of the potential of severe injury.

According to the park’s website, “A number of steam vents are located under Boiling Springs Lake, keeping the temperature of the lake around 125 degrees. The mudpots on the southeast shore are among the best in the park.”

Snow-capped Mount Lassen is distinct from the east end of the lake.

Pine trees surround the lake; and they were overhead much of the route, providing plenty of shade. Only a few spots were wide-open. But at this elevation and on this day heat was not a factor. The trail is mostly single track, compact dirt. Two splotches of snow decorated the trail we were on; both easy to avoid walking on. Much of the day we were walking along a section of the Pacific Crest Trail. 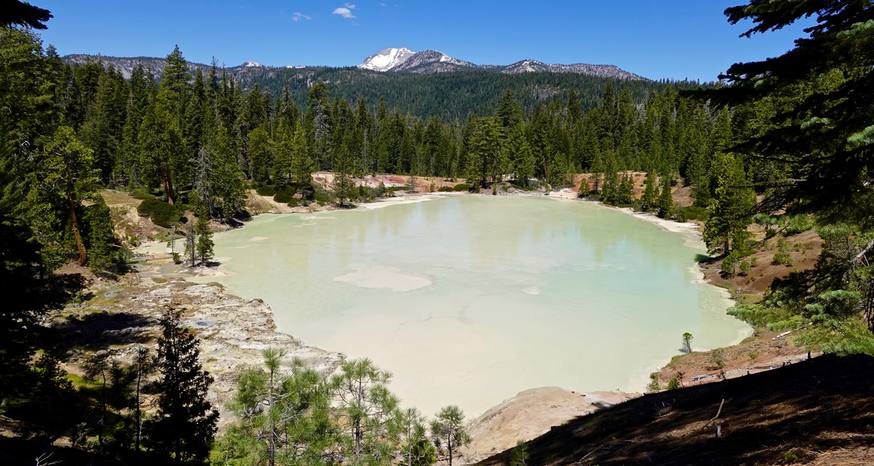 A few wildflowers were in bloom—but you had to be paying attention to see them. At a couple spots were fields of corn lily, also known as false hellebore and skunk cabbage. The more accurate name is veratrum californicum.

Before the descent to the geyser Lake Almanor was visible from a plateau.

Terminal Geyser is described as a steam vent by the Park Service, with the website saying, “Although not a true geyser, this spurting steam located in the middle of a creek, provides a spectacular show.”