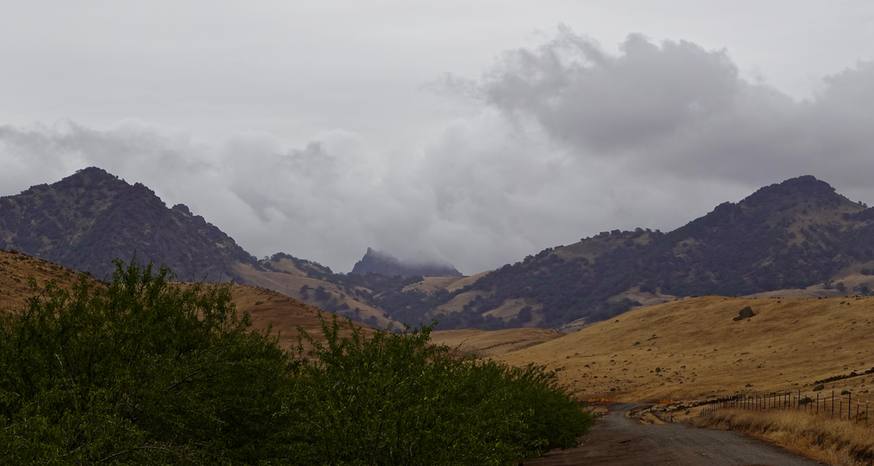 While the Sutter Buttes are not that tall, they are hard to miss as they seem to be sprouting from the middle of ag land.

Rising to a height of just more than 2,000 feet, these volcanic domes are the highest points in Sutter County. With the buttes being 10 miles long and so much of the land around the area being flat, they can be seen from miles away in all directions.

Some have called this the world’s smallest mountain range. 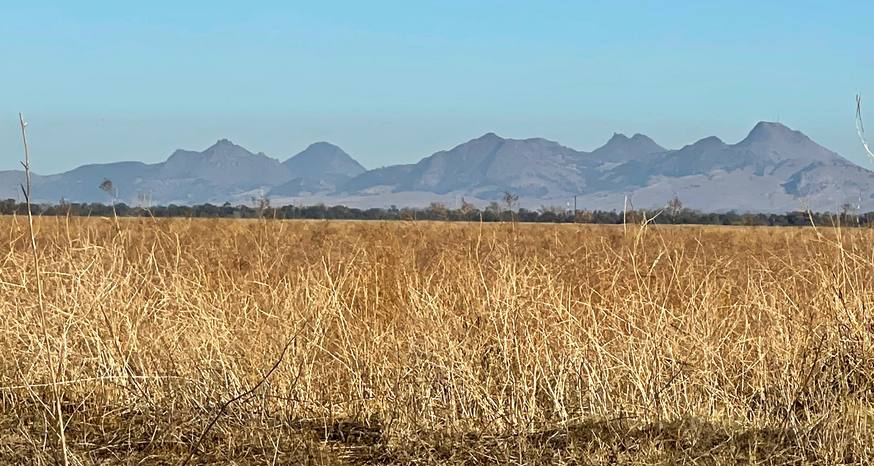 Even though part of the land is a state park, it’s not accessible by the public on a regular basis. This is because private land surrounds what is public and landowners won’t allow an easement for access.

The private land owners decades ago allowed unlimited access, but then people started to disrespect the environment by leaving graffiti on rocks, not shutting the gates that kept animals in, and destroying the property in other ways.

The Sutter Buttes Regional Land Trust at various times offers guided hikes for a fee. Unless you know a property owner, the guided hikes are the main way to get onto the land.

Mom has been on one of these guided hike and says it’s worth doing. Various routes are available, some more difficult than others. 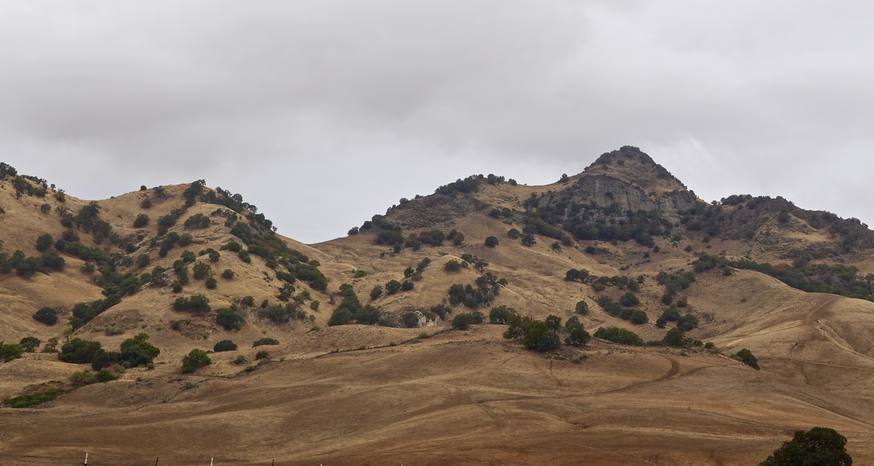 On most days, though, the only way to see the buttes up close is to take a driving tour or ride a bike. Mom and I opted for the car version.

We started on the edge of Yuba City on country roads that were best suited for the Jeep, though no four-wheel drive was needed and passenger cars would be fine. It’s just that the road isn’t always smooth. It’s about a 45-mile drive.

The one marker we saw touted how Maj. Gen. John Fremont camped in the area in spring 1848: “While on a march from Klamath Lake to Sonoma when he represented the United States government during the Bear Flag Uprising which resulted in the acquisition of California from Mexico.”

Being close to the formations they seemed less imposing, at least from the comfort of the Jeep. Still, it was interesting to view them from all sides as we drove in a clockwise motion around them. As the clouds filtered in and out it added to the natural beauty.