Vast views from atop Mount Solmar in Cabo 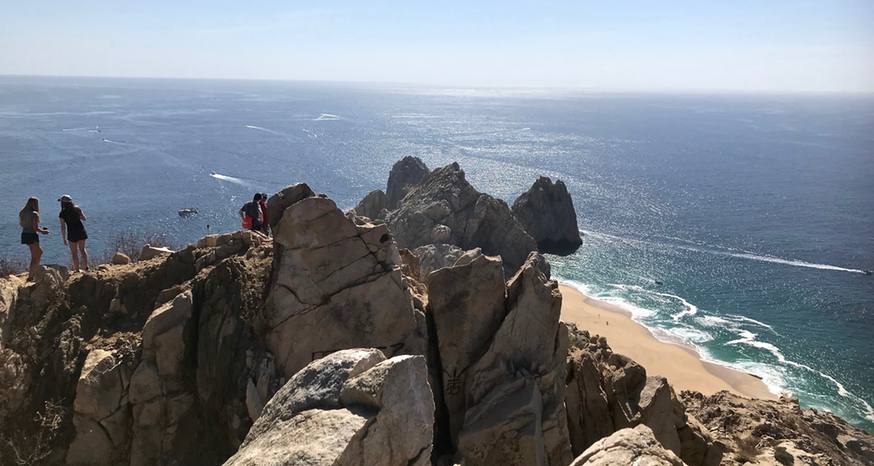 Looking out to where the Sea of Cortez, on the left, meets the Pacific Ocean. (Image: Kathryn Reed)

The rough waters of the Pacific Ocean slam against the more tranquil Sea of Cortez. Hotels, condos and other structures fan out along the shore, while the urban sprawl reaches miles behind the tourist area.

This outcropping of rugged granite forms what is known as Land’s End, the very tip of the Baja California peninsula. Mount Solmar is also known at El Vigía (The Watchman). Solmar appropriately translates as sun-sea. 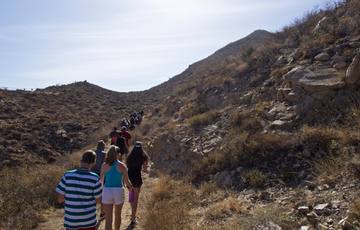 At about 1½ miles round trip, it is one of those treks that has incredible views for not much mileage. This isn’t a leisurely stroll, though. My hiking poles stayed in my backpack because I needed both hands to scramble up parts of the rocky path. The routes up and down, which were not identical, are vertical, with little weaving, and nothing close to a switchback. It’s an adventure for those who are in decent shape.

The trail starts out wide enough to walk side-by-side to chat. At a plateau Enriqué, the guide, goes into a spiel about the energy that can be found in this area. Many of us were not paying attention.

It’s after this stop that the route dramatically changes and becomes challenging. 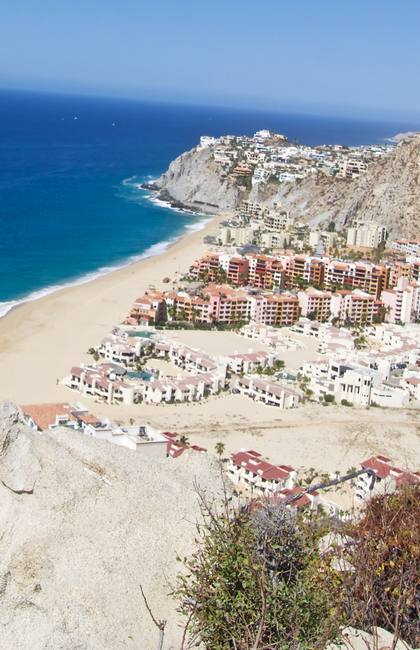 The highest point I got to was 350 feet. Others ventured out onto the rocks more, but they weren’t much higher.

The Pacific’s sandy beaches and emerald water look inviting. Even Cabo, especially the marina, are pretty from this vantage point.

Even though the route down was easier, I still had to scooch on my butt a couple times because of steepness and for stability.

Enriqué was punctual about his arrival at the gate across from the naval station in the marina area. While he said he has an agreement with the private landowner to ensure everyone gets down safely, he was so far in front of me, Kim and Dan that he would have been little help if something had gone wrong. On this particular Friday in April more than 30 people were hiking with him.

In addition to escorting people up to what are incredible views, Enriqué also boards an array of dogs at the bottom just inside the gate where we started. Some of them were allowed to come along on the hike. It was more like a sprint for them. They were our greeters at the top, and again at the bottom on our return. 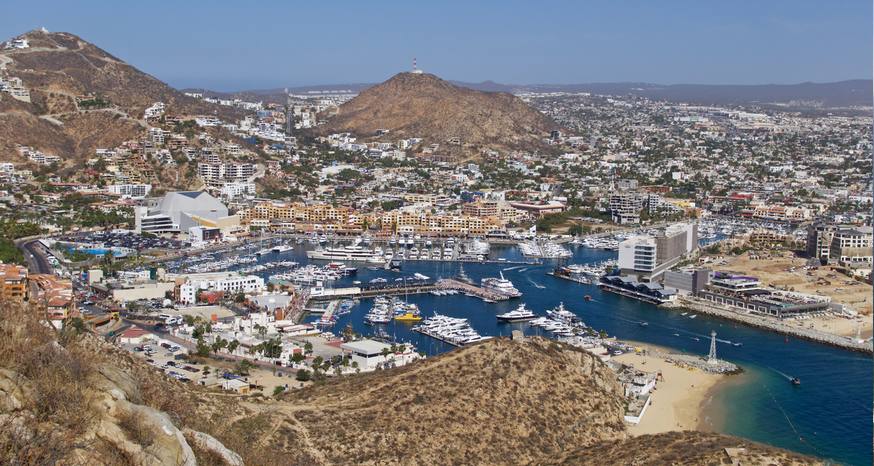