With California ablaze every year, one question to ask is: Who is extinguishing those fires? 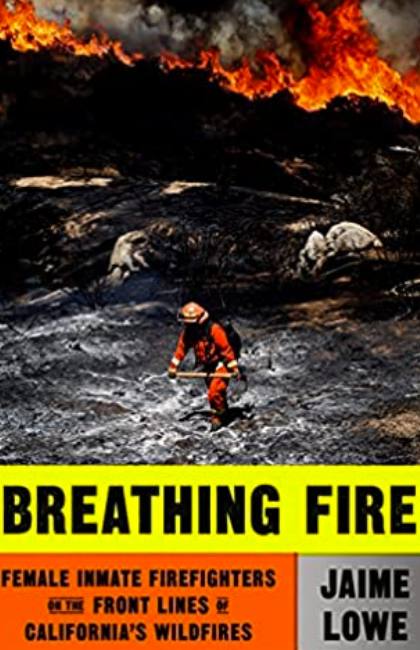 Lowe started the project by focusing on one inmate—Shawna—who died while on the fire line. From there the author’s research took her into the inner workings of the state prison system. She delved into the history of prisons. She got to know inmates behind bars and once released.

This is a multidimensional book.

The book was featured by the Los Angeles Times book club, with the author giving a presentation in September. I agreed with Lowe when she said every woman she spoke with was worthy of her own book. She does a good job of telling “the rest of the story” about these women as she got to know them.

Breathing Fire also shines a light on the prison system and the firefighting program. I had no idea it would be so hard for these women (and men) to get jobs with fire crews once they were released. Naively I thought that was a large part of the reason for having the program.

Instead, the firefighting program is source of nearly free labor for the state.

This book kept my attention the entire time. I learned so much. And while at times I was frustrated with the choices the women made, I was more furious with the system that continually failed them—and continues to do so today.

I’m glad this book came to my attention; I learned a lot and will always be grateful to everyone on the front lines of a fire. But I have a whole lot more respect for those who are relegated to wearing prison orange as they work to extinguish every fire.