I can only imagine what the conversations must have been like when it came to deciding who would be included in the book and who would be left for volume two, assuming that is ever written.

The Book of Gutsy Women: Favorite Stories of Courage and Resilience (Simon & Schuster, 2019) is a narrative about well more than 100 women. Some are names most people will recognize such as Eleanor Roosevelt, Sally Ride, Anne Frank, Billie Jean King. Some are lesser known and others I had never heard of before. 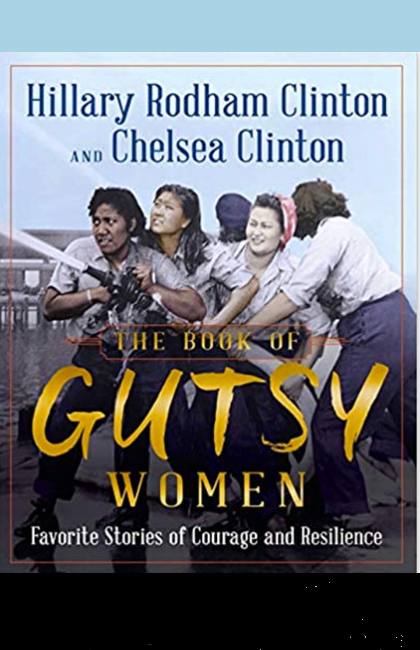 That is in large part why the authors wrote the book—to give a voice to women who we should all know about, but who never made it into history books or headlines. Some are dead, some are young. Both sides of the political aisle are represented.

In many ways they all fit in the category of “women’s rights champions.” It’s not that every woman had that as a goal. But being successful in a man’s world often means a champion for women. They are all truly gutsy.

I learned so much in these 464 pages. For some of these women many books have been written about them already, or they have shared their own story. What Gutsy Women does is give highlights, insight and context, and even an introduction to people I would like to know more about.

And for the women who the authors know personally or who had an impact on their lives, this is shared.

Many will already know who the authors are, but I left that until now so that would not influence your opinion of the book. The authors are Hillary Rodham Clinton and Chelsea Clinton.