Book review: ‘The Fourth Hand’ a great distraction from reality 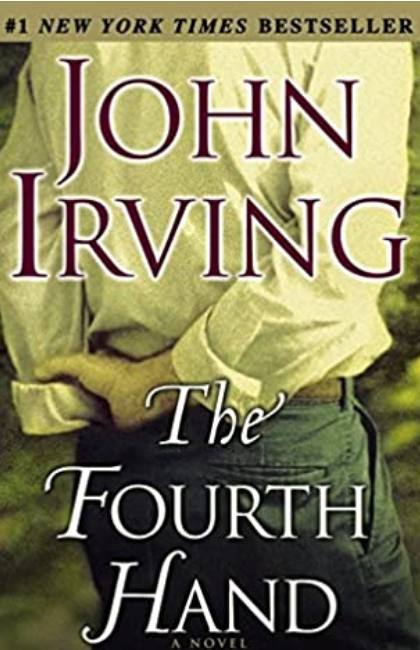 Patrick Wallingford is such an unlikable character that for much of the novel “The Fourth Hand” (Garp Enterprises, 2001) I was rooting against him. But as is true with so much of John Irving’s prose, he is able to turn an unlikable character into one you sympathize with and where you want his world to turn out for the good.

Irving is an incredible storyteller. Some of his writings are more outlandish than others. The way he weaves together plots, though, is exceptional. This book is no different.

“The Fourth Hand” is the tale of a TV newsman who loses his hand to a lion while on assignment. Wallingford is a player and will easily be disliked by female readers. He seems to have few redeeming qualities other than his looks and performance in bed.

Another tragedy allows Wallingford to have a chance at having a left hand. But when the donor’s wife wants visiting rights his life becomes more complicated.

It isn’t until the end of the book that the title has meaning—so keep reading. It won’t be what you expect.

The other characters in the book are also intriguing and off the scale of normalcy. This is what makes Irving such a great writer—the characters he develops, his imagination, creating with just enough plausibility that maybe some of these people could be real as well as the things that happen in their lives.

If nothing else, this is a great read to take you away from all of the chaos in the world.