Plenty of stories have been told about the heroic efforts of non-Jewish people helping out those who were the targets of Nazis during World War II. “The Zookeeper’s Wife” (W.W. Norton & Company, 2017) offers the unique perspective of a couple who owned the zoo in Warsaw, Poland.

Author Diane Ackerman uses Antonina Zabinski’s diary to piece together what life was like at the zoo during the German occupation of Poland. With this being a true story, it was even more compelling to read. 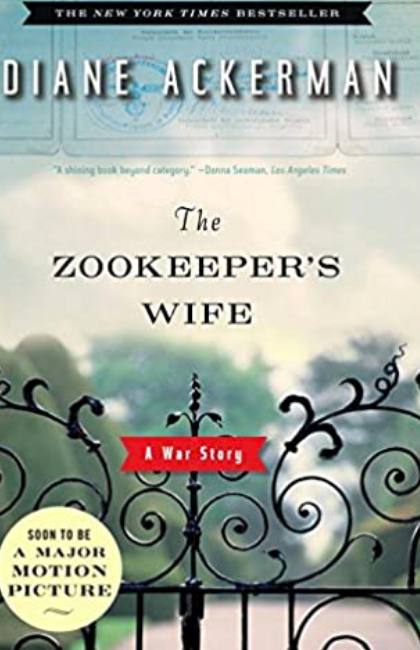 Most of the animals were killed, sent away or essentially stolen. It would be hard to justify feeding them when food for humans was scarce. There were other complexities as well that involved the Germans wanting to have superior animals, just like they wanted to create what they deemed to be a superior race of humans.

Animal cages became places for humans to hideout. Silence was a necessity so as not to tip off the soldiers who were nearby. The lengths the couple went to to disguise their hideout are told in a captivating manner.

The intricacies of the underground world in Warsaw are told in some detail, which shows the lengths people went to to help others. Those who helped the Jews had everything to lose. But humanity had everything to gain, which is why to me these people are the true definition of hero.

Maybe I needed to read this book now because it’s important to remember there are plenty of good reasons to stand up to the government, to fight for justice, to defend those who cannot defend themselves.

By the time Warsaw was liberated, the Zabinskis had helped more than 300 people.