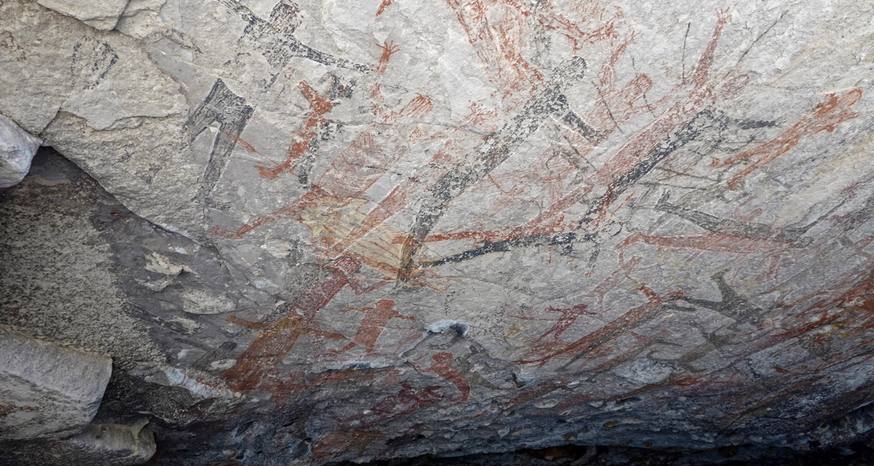 A significant glimpse into an ancient world covers a large cave in Baja Sur California.

Carbon dating puts the paintings at San Borjitas at 7,500 years old. Some say they are the oldest in North America.

Most of the figures are of humans, with one archaeologist recording 120 figures. Other depictions are of animals, notably fish, possibly deer and a turtle, and what appears to be an oversized frog. Red and black “ink” are predominant on the limestone, with some figures depicted in both colors. 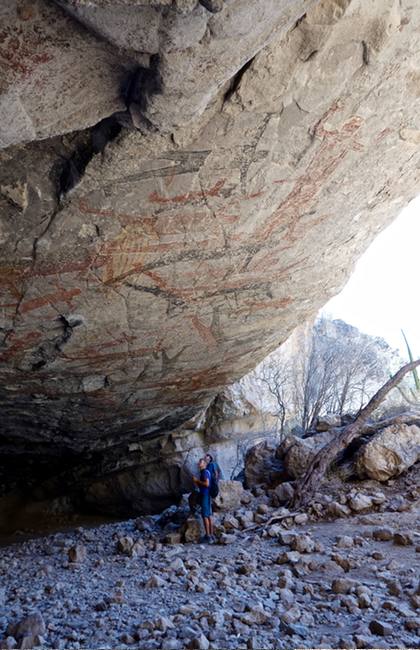 Andy and Ricardo are dwarfed by the cave. (Image: Kathryn Reed)

What the images mean, well, only those who painted them would know for sure. With spears through some of the people and many with their hands in the air, a fight of some sort could be documented. Scientists believe this may be where the great mural tradition originated.

Three main Indian tribes once inhabited the peninsula—Guaycura, Pericue and Cochimie. The latter are who occupied this area of Baja. Mostly they moved to where there was water. Following the behavior of animals kept them alive. A small amount of water was visible as we hiked in, with vibrant greet plants in some locations. This could have been how people earlier than these tribes migrated as well.

Spanish missionaries discovered the paintings in the 1700s. Francisco Javier Clavigero mentioned the art in his 1789 book “A History of Baja California.” The Cochimie told the Spaniards these paintings were not done by their people, but spoke of a “race of giants” who once lived in the area.

The Borjitas cave is about 100 feet wide and nearly as deep. The opening is about 20 feet high and then gradually gets lower. How the painters reached the ceiling is a guess—perhaps erosion swept away some of the “floor” or they were tall, thus the reason images are so large, or possibly they built a platform. 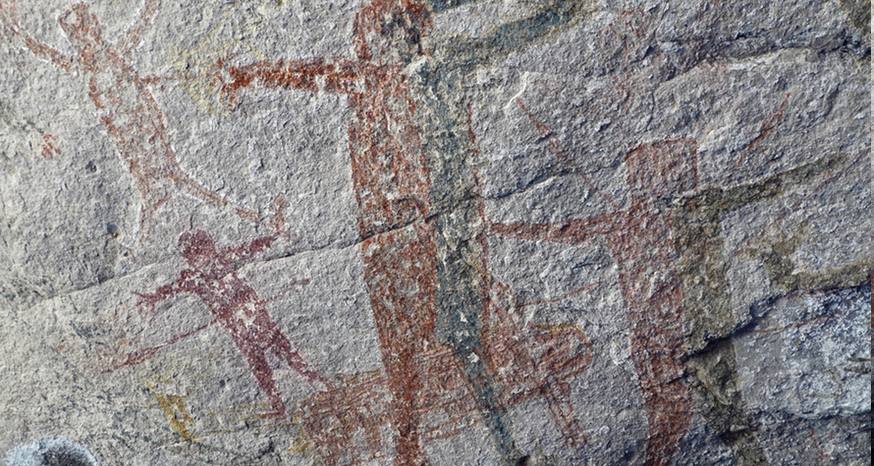 Many of the figures are half red, half black. (Image: Kathryn Reed)

Our guide said this would have been a ceremonial cave, not someplace anyone except perhaps the medicine men would have lived or slept.

In the mid-1980s UNESCO declared it a world heritage site. The only way people are supposed to visit the cave in the Sierra de Guadalupe mountains between Mulegé and Santa Rosalia is with a guide. Salvador Castro Drew has been taking people on tours for years. The government shut down him down in February because of the pandemic. He resumed operations in mid-November.

Besides a trip to the caves, Castro gives a history lesson about the town, stops to talk about medicinal plants, and provides a satisfying lunch. While the hike is not strenuous or long (less than 2-miles round trip), one would want to be in decent shape and be sure footed. 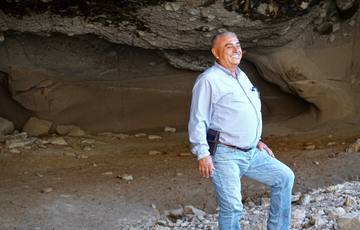