A mountain of fun despite never finding our destination 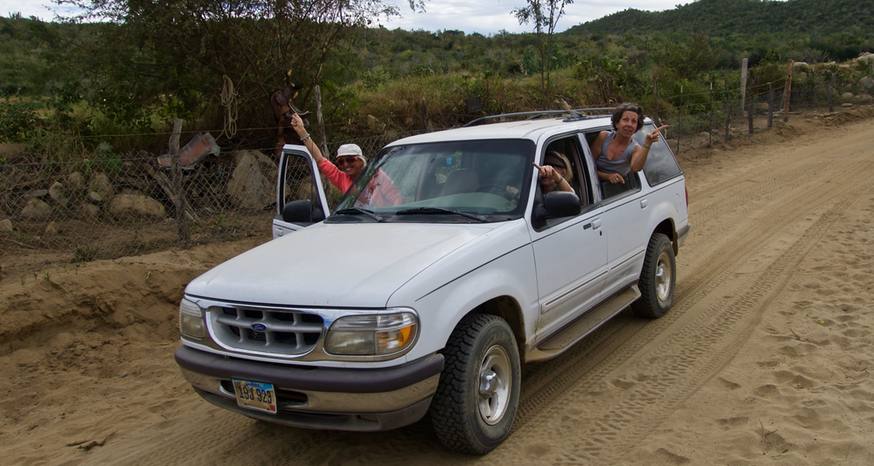 Marilyn, from left, Pat and Judy point to where we should go. No one knew for sure. (Image: Kathryn Reed)

Some of the best adventures are misadventures.

“I’ve seen this before.” We all said it more than once. We were wrong each time. Another U-turn.

Our destination was Marco the pottery guy who lives and works in the mountains near Todos Santos. Two of the four of us had been there before. They were our driver and navigator. Our directions were to make all lefts except the one right at the sign. We never saw a sign. We never saw Marco. We all should take an orienteering class. 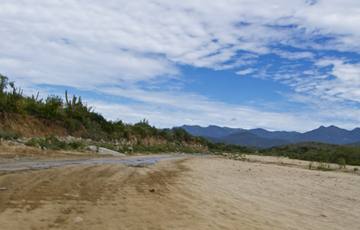 Arroyos look the same after a while. (Image: Kathryn Reed)

It didn’t matter. It turned out to be an incredibly fun day driving around the Sierra de la Laguna mountains. It was a bit disconcerting that one dirt road looked like another, as did other markers like buildings, retaining walls and the flora. Everything looked different and the same.

We asked more than one person we stumbled upon to direct us to Marco. No luck. Some had no idea who he was, some tried to help. These are ranchers who live in the mountains. Cow bells alerted us to the livestock not far off the road. Other times we slowed down to let them move along. 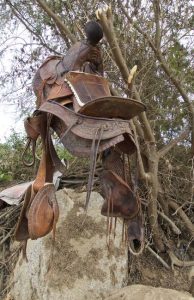 The meaning of a saddle hanging in the middle of what seems like nowhere remains a mystery. (Image: Kathryn Reed)

I never felt truly lost, though it was alarming that the two in the front seats thought they saw the Sea of Cortez when it was the Pacific Ocean. When they first said this I thought they were joking because I knew we hadn’t traversed across the mountains, we hadn’t gone that far east. The fact they were this disoriented meant they thought we were going north when we were going south and vice versa.

These two were also the fluent Spanish speakers – adding more intrigue to the sojourn.

With an eye on the gas gauge, it was time to ask how best to get back to the highway. We made it – just not the way we came in. 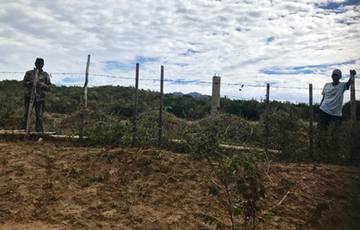 A couple ranchers help direct the gringas back to the highway. (Image: Kathryn Reed)

We had worked up an appetite, so off to lunch we went at Hierbabuena in Pescadero. A bottle of wine was necessary to toast to a fun day, even though our original intent got thwarted.

After lunch we decided to head to the ranchero store in Todos Santos to see if any of Marco’s work was for sale. Nope. All gone. We also learned Marco wasn’t at home that day so it really didn’t matter that we never found him. We were told we could come back the second Saturday in February for the festival at the ranchero store that would feature several local artisans. I got there too late. Marco’s work was sold-out in the first 20 minutes. I just might not be destined to own any of his pottery.