Angora labyrinth a sanctuary for getting away from life’s chaos 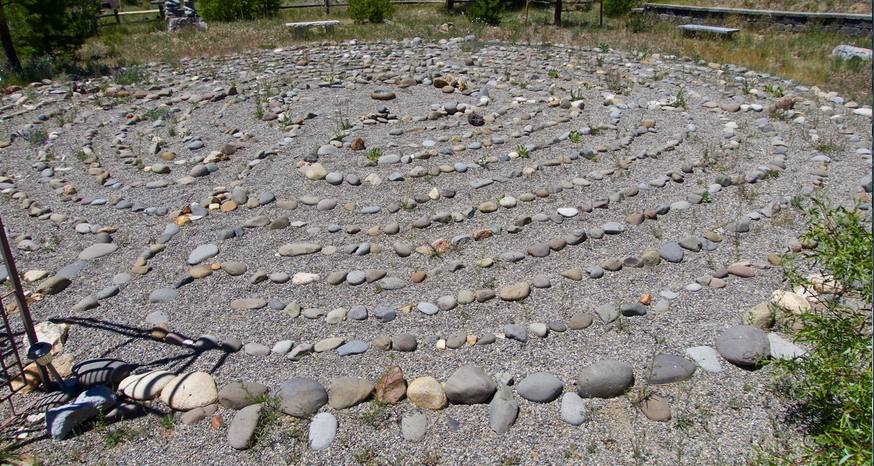 A labyrinth in the Angora burn area offers a space for reflection. (Image: Kathryn Reed)

No matter the time of day, whether the sun is tapping its final dance across Freel Peak or storm clouds are casting shadows on the ground, a sense of serenity, of calming overcomes those who traipse across the grounds of Angora Garden.

That was the plan.

This labyrinth created by the hard work of South Shore locals is not meant to be a religious symbol. Instead it is spiritual. As Frank Lloyd Wright said, “I believe in God, only I spell it Nature.”

Tucked off on the right side of Lake Tahoe Boulevard near Angora Creek as one heads deeper into the Angora burn area is this special piece of land that came into being because Jay Newburgh wanted to do something after the Angora Fire. She and her husband, Henry, didn’t lose their home in June 2007. Theirs was one of three houses on Pyramid Circle that survived. 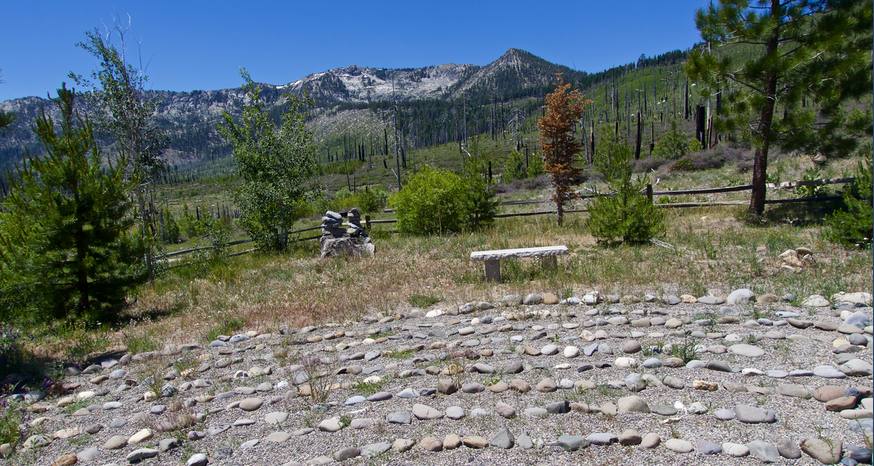 The hillside that was charred in 2007 after an illegal campfire got out of control is coming back to life. (Image: Kathryn Reed)

The Newburghs bought the parcel where a house once stood and a year after the fire that consumed 253 other homes on the South Shore in order to turn it into a spot residents and other locals could enjoy. Even today Angora Garden remains a bit of a sanctuary. Weeds now grow in the labyrinth, but it remains a spot worth visiting. A few benches allow time to escape the realities of today. Although the hillside with charred trees still erect is a reminder of the fire, at the same time it shows how resilient Mother Nature is with the rebirth of foliage. Looking in the other direction are some of the South Shore’s iconic peaks like Freel.

Linda Hughes of Tulip Landscaping created the space with 150 yards of soil and 5 yards of pea gravel. Along the perimeter are white and red fir, cedar, aspen, willow, pines, and dogwood trees.

At the time the labyrinth was being built, Jay Newburgh called it a “spiritual tool that doesn’t have anyone’s labels.”