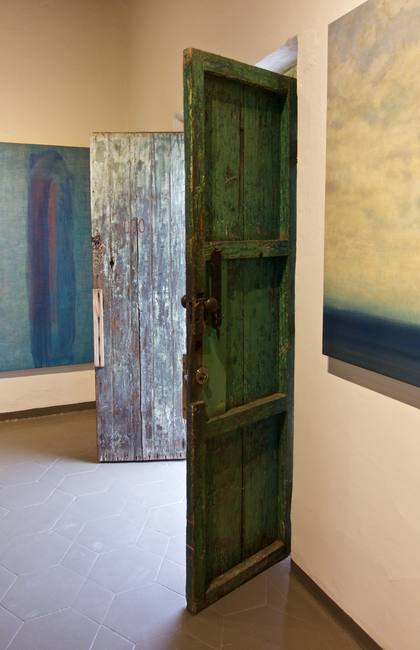 Even the old doors at a store are like art. (Image: Kathryn Reed)

Art was in every direction while meandering along the cobblestones of downtown San Jose del Cabo, including inside the stores.

Every Thursday during the busy season several streets in the art district are closed to vehicle traffic so people can more easily stroll through the galleries, stores, restaurants and other businesses.

Those without a shop peddle their wares along the sidewalks, with the bulk being in Plaza Mijares. (The main plaza is named after Manuel Mijares, who was a war hero.)

One doesn’t have to know much about a specific art form to appreciate the work. There is something for everyone – from photography to painting, jewelry, baskets, sculpture, blown glass and so much more. 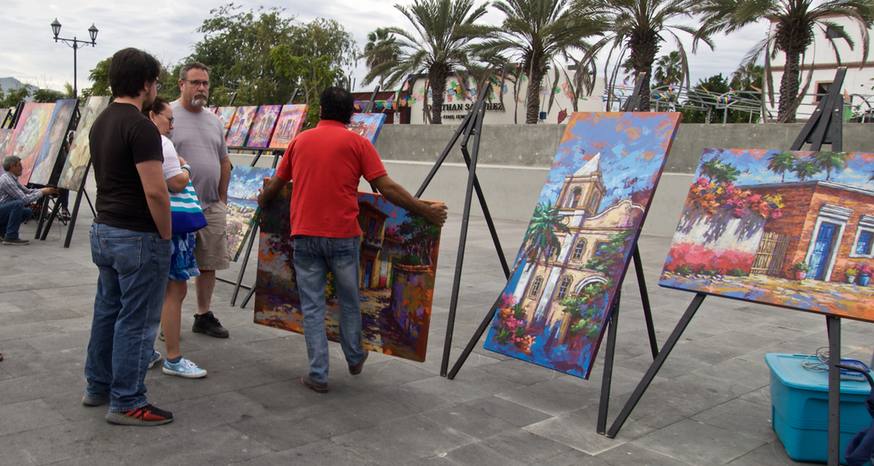 An advantage to an evening like this is often being able to meet the maker of the art. This is an opportunity to delve into the backstory of a piece of art, to understand better how an idea became reality, and the work involved to create it. Photographer Bruce Herman had an array of photographs for sale on the far side of the plaza away from the church. An incredible shot of a baby Baja turtle captured several people’s attention. Asked if he had more turtles, he said he stopped shooting when he got the best one. So, no, would be the short answer. It’s stunning.

The concept of this walk is the brainchild of the 12-member Gallery District Association. It started more than a decade ago.

Allowing only pedestrian traffic on several streets gives it a more intimate feel.

It’s not just the art galleries that are eager to have people visit. All the shops throw open their doors, benefiting from the people sauntering by. Often musicians are playing, with traditional Mexican dancers known to put on a show as well. Restaurants are crowded. It would be wise to have a reservation on Thursdays. 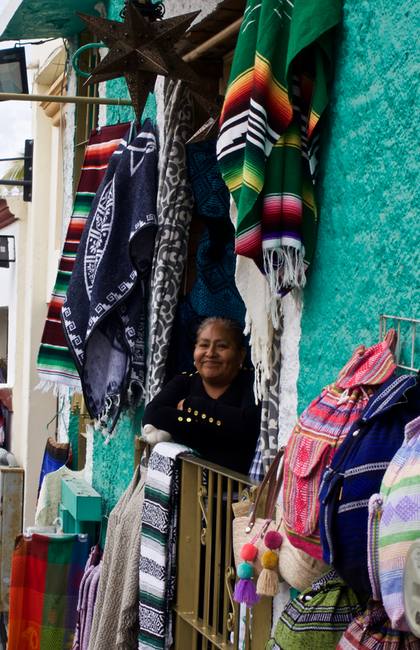 A woman surrounded by traditional Mexican fabric goods looks down on the streets of San Jose. (Image: Kathryn Reed)