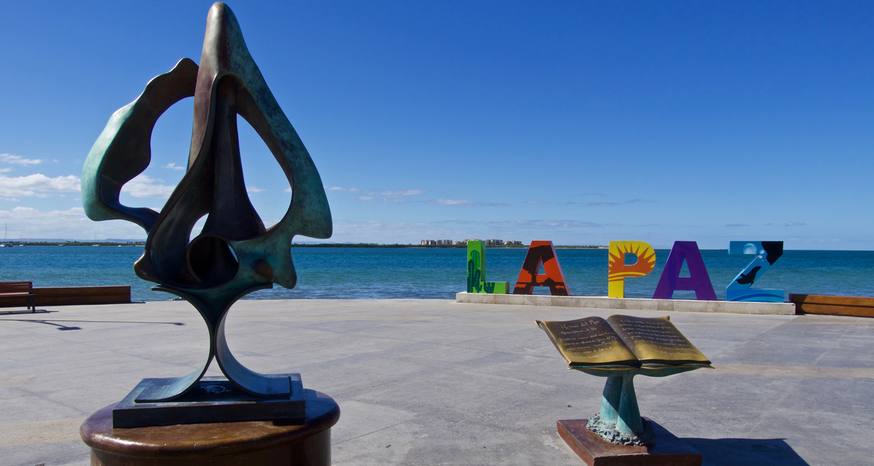 “Art washes from the soul the dust of everyday life.” — Pablo Picasso

The Sea of Cortez is a natural work of art that complements the sculptures along the malecón in La Paz. 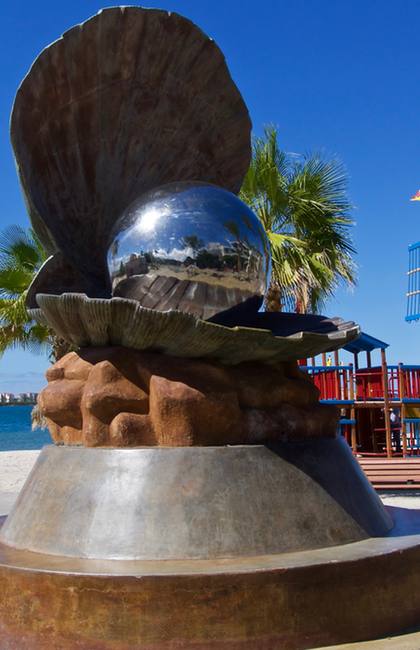 A massive pearl in a shell speaks to the roots of La Paz, which once was home to a rich bed of pearls. That industry is long gone. In addition to the sculpture, John Steinbeck’s book “The Pearl” helps preserve that period of time. The author came to what was then a fishing village (population is now about 250,000 people) in the 1940s. Later he wrote “The Log from the Sea of Cortez” from his travels in the area.

Guillermo Gómez Macías’ sculpture titled El Viejo del Mar (The Old Man and the Sea) is not a nod to Ernest Hemmingway, but instead his experience with a fisherman and the boat he would not sell. Macías in his own words explains the origins of the sculpture. 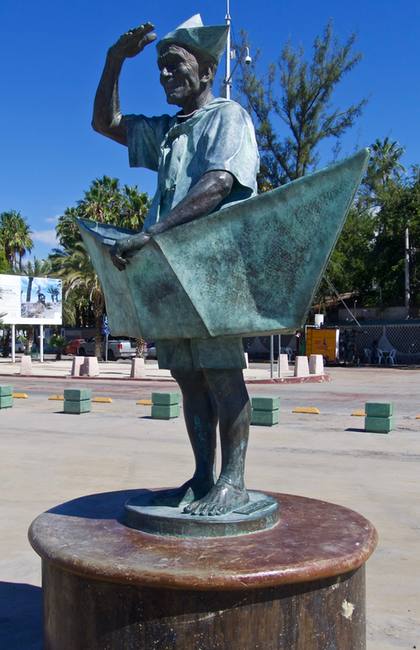 Alongside the man standing in the boat is a poem Macías wrote. This is it translated:

I have a paper boat…
It is made from a page
where I wrote my dreams.
It has no anchors no moorings.
I want to sail in it,
in the seven seas; in the eighth,
where I know, I will run aground in the coveted Harbor.
…has anyone seen the shining light from its lighthouse? 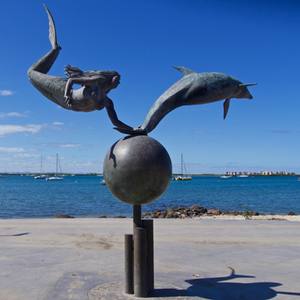 This boardwalk, which in places is at least triple the width of a normal sidewalk, also pays tribute to Jacques Cousteau with a sculpture of the Frenchman. It was this pioneering marine conservationist who called La Paz “the aquarium of the world” because of its biodiversity. 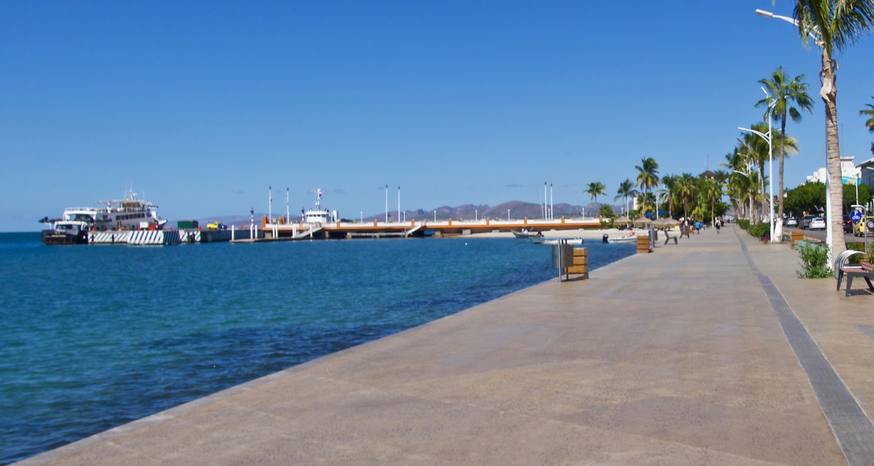 The malecón in La Paz borders the Sea of Cortez. (Image: Kathryn Reed)

Along the route are benches to sit. Closer to the water are palapas providing shade. Plenty of bike racks are available. Playgrounds for children, even exercise equipment for adults are on the beaches. Across the street is an array of dining and shopping options.

In November-December 2018 there was a bit of a brouhaha regarding dogs on the malecón. This stemmed from a dog owner fleeing after the canine bit someone. The mayor said ban dogs, the public said not so fast, and now they are allowed. Keep them leashed and pick up after them – those are the rules today.