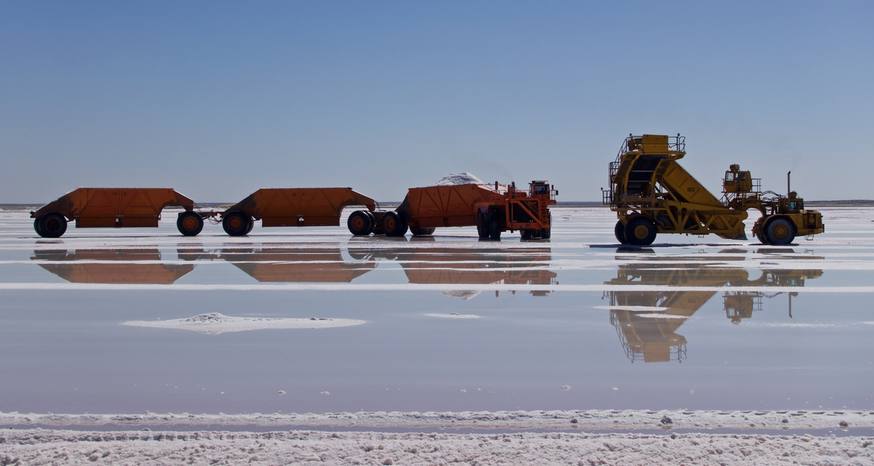 The 8.5 million tons of salt that comes from the plant in Guerrero Negro, Baja California Sur, Mexico, is mostly used by Mitsubishi, which owns 49 percent of the company. The Mexican government owns 51 percent of ESSA. The odd thing about this arrangement is that the minority shareholder is the largest client. 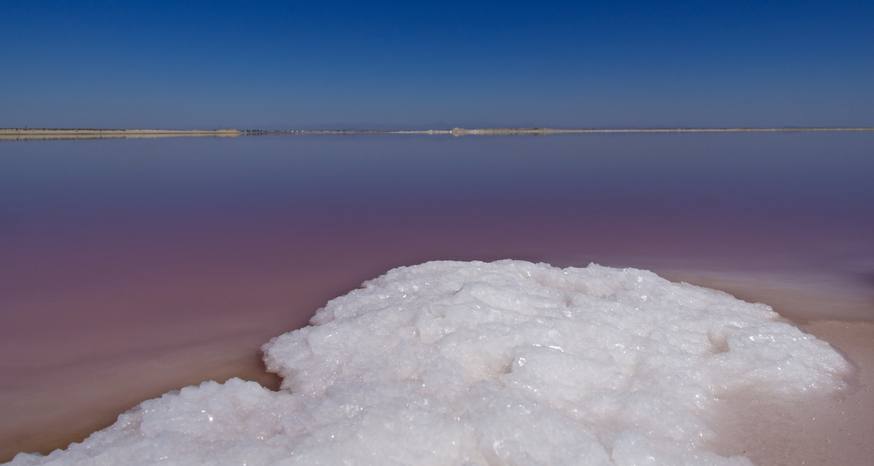 It is the largest salt making facility in the world, having started in the 1950s by a private individual. It covers 86,500 acres of land. Nine percent of the world’s salt comes from the plant. Most of this salt is for industrial purposes.

Jorge, who leads tours of the facility, said part of the area was natural salt flats before it became industrialized. Daily, 27,000 tons of salt are harvested. This takes a workforce of about 1,500 people. 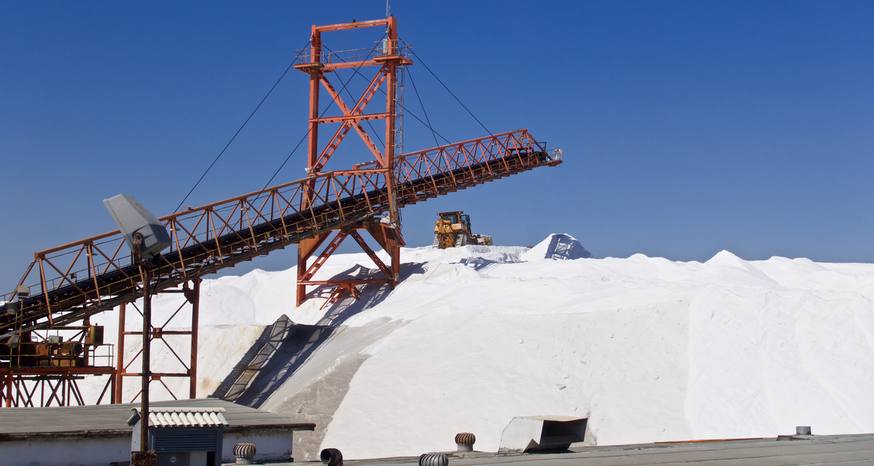 Water from the Pacific Ocean is pumped into the various ponds to a depth of more than 1½ feet. About 700 million tons of water is used each year. Some of the ponds look as though they’ve been dyed a rose extract. In truth, the coloring is from a single-cell organism known as halobacteria.

The air and sun combine to evaporate the water. Left behind is the salt. Standing in a dry pond ready to be cleared of salt it is like being in a field of snow. The bright sun made glasses and sunscreen necessary. Chunks of the salt were like small blocks of ice, only not cold. Some resembled rock salt that could be used in a homemade ice cream maker. 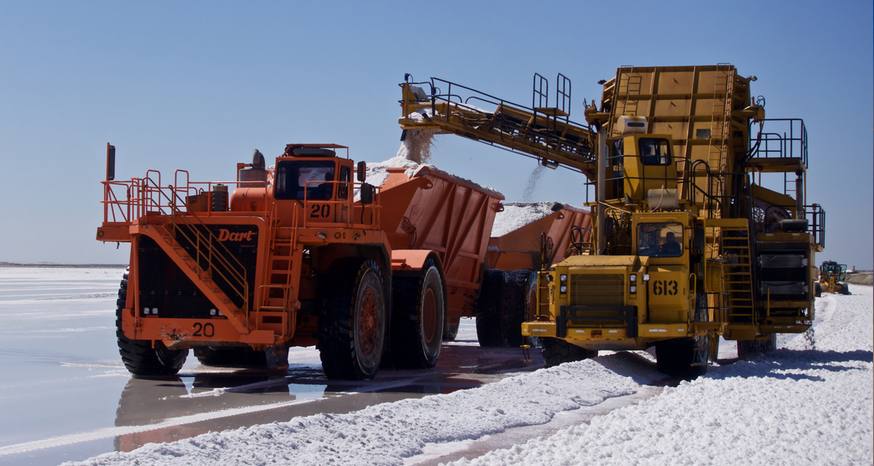 Salt is scooped from a pond into a truck where it is then taken to a washing area. (Image: Kathryn Reed)

In an operation that resembles clearing roads of snow, a grader sucks up the salt to deposit it into a massive truck with three storage compartments. From there it is taken to the washing facility. Conveyor belts deliver the cleaned product to a large mound that eventually ends up on a boat headed to Japan.

While in some respects the salt business is a natural occurrence, on the other hand it is an environmental nightmare. The operation is now located in a United Nation’s biosphere reserve. This area of the Pacific Ocean is where whales give birth and birds call the region home, along with other species. However, on a tour last year, birds were non-existent on the 72 ponds.