Baja Sur home to one of Eiffel’s award-Winning creations 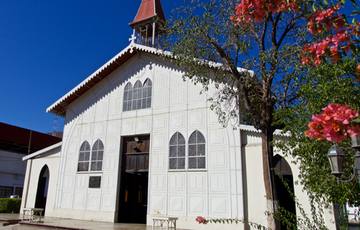 While the Eiffel Tower is one of the most iconic landmarks in the world, the work of Gustave Eiffel can also be found in Mexico.

The civil engineer left his mark in Santa Rosalía in Baja Sur with the Santa Barbara Church. It is made of galvanized iron. This makes it sturdy and able to stand up to hurricanes, at least so far.

It was built as a prototype for the French to use in their African colonies at the time. There can be a termite problem in that climate, so building with wood has its limitations. The same is true of the tropical environment of Baja.

The church’s first public showing was at the 1889 World Fair in Paris. This was when the Eiffel Tower debuted as well. Eiffel won first place for the church’s design. It was then dismantled and taken to Belgium to be stored. 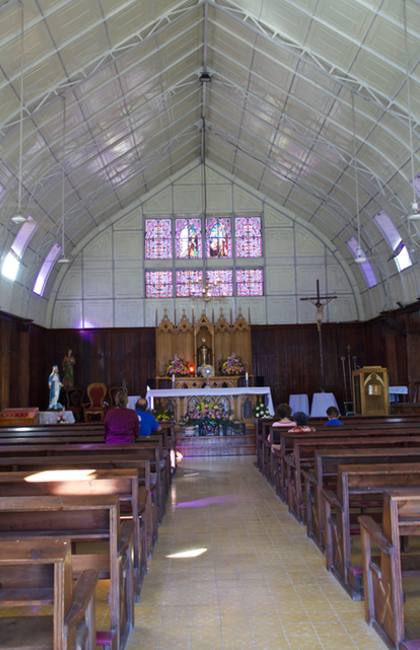 Parishioners continue to worship in this church in Mexico designed by Gustave Eiffel. (Image: Kathryn Reed)

At this time the town of Santa Rosalía was run by the French-owned Boleo Mining Company, which was extracting copper out of the land. The owner, Charles La Forqué, heard about the church and paid for it to be shipped across the ocean to be reassembled in Baja.

While it is still an active church, it is also a tourist attraction because of the Eiffel name.

Eiffel has also left his mark in Mexico with a few structures on the mainland. There is the Art Bridge, also known as the Iron Bridge or Puente de Fierro, in Ecatepec. This was built before the Eiffel Tower. The Palacio de Hierro, or Iron Palace, in Orizaba is said to be the only metal palace in the world. It was a government office for nearly a century. Today is is part museum, meeting rooms, and tourist office.