Being back in the ballpark an invigorating experience 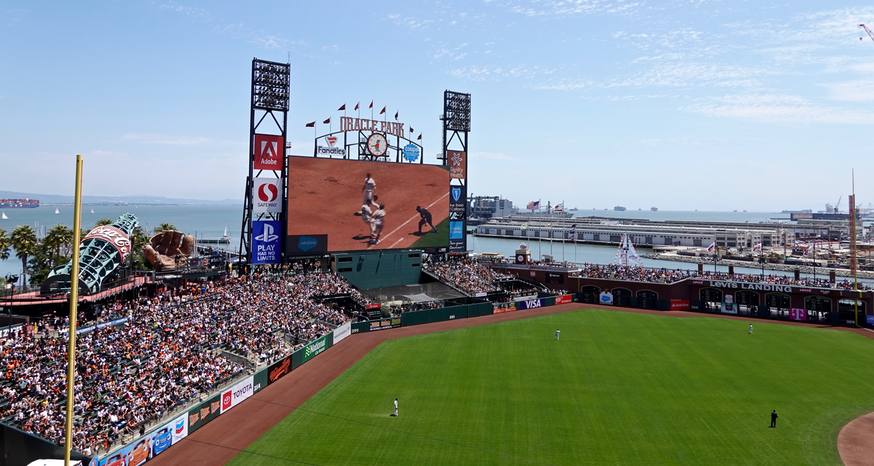 Fans are back in the stands at Oracle Park, home of the San Francisco Giants. (Image: Kathryn Reed)

It felt good to actually be in the stands at a Giants game instead of a cardboard cutout like so many people were last year because of the pandemic.

Baseball in person—as is true of most sports—is so much better than watching it on TV or listening to it on the radio. The energy of the spectators (albeit there wasn’t much last Saturday when they got trounced by the Pirates), the sounds of the ballpark, the smells—you just don’t get that without being in the stadium. Fortunately, the vibe was even better the following day when Giants refused to be swept by Pittsburgh.

I’ll admit, I was a bit apprehensive about even going to San Francisco because of the Delta variant of COVID-19. Headline after headline makes we wonder when the pandemic will really be in the rearview mirror. I’m vaccinated, but I know I am not 100% immune from getting this virus. 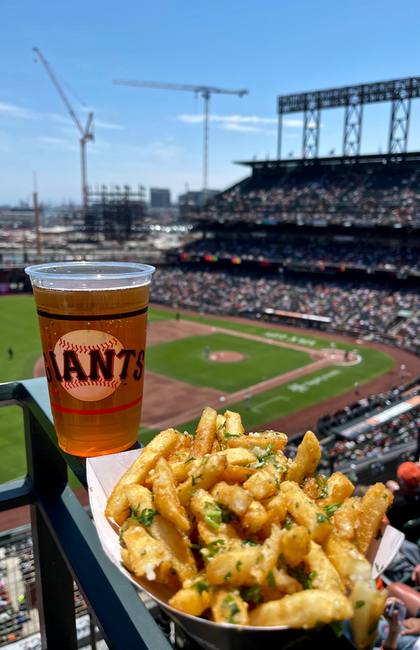 Lunch at the ballpark–beer and garlic fries–$25. (Image: Kathryn Reed)

Reassurance from my friend Karen, who is in charge of our season ticket group and who had been to the ballpark earlier in the month and who is equally concerned about the virus as I am, convinced me I would feel safe. She was right.

Neither of us cared we were in the minority with our masks on. We wore them outside the ballpark, taking the escalator up, walking to our seats, and then when we left. They were on when getting food and going to the restroom.

Masks were off in our seats. This is because of where they are located—in a handicapped section without people nearby. Had I been in a regular seating area, I’m pretty sure my mask would have been on throughout the game. I’m sure this would have changed the experience in some manner, but not negatively enough to have wanted to be anywhere else. 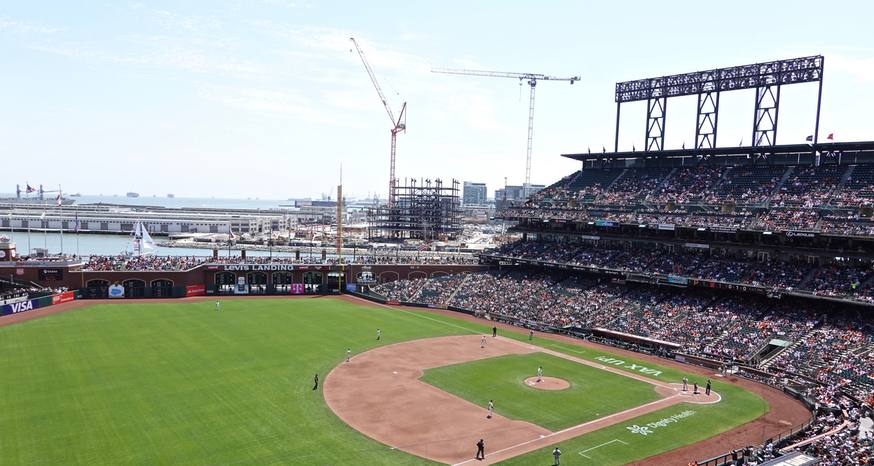 The stadium isn’t full, but at least there are fans in the stands this year. (Image: Kathryn Reed)

Mask wearing is easier to swallow than the prices at the park—$10 for garlic fries, $15 for a beer, $40 to park. Then there were the tickets.

Still, it’s the game that is so fascinating. Seeing the entire ballfield instead of just what the cameraman focuses on allows fans to witness everything. A home run in person is so much more exciting live; no matter how good the call is by an announcer. When the ball goes out of the park—wow—the collective excitement is electrifying. The spectators can be entertaining as well—with what they are wearing, yelling, and consuming.

Maybe the two games last weekend were more special because it had been a year of not being able to attend a game. Maybe it was seeing a friend in person (and getting a hug) who I hadn’t seen in two or three years. Maybe it was feeling like a bit of my pre-pandemic life was returning.

I look forward to going back in September … and hopefully again in the post-season.