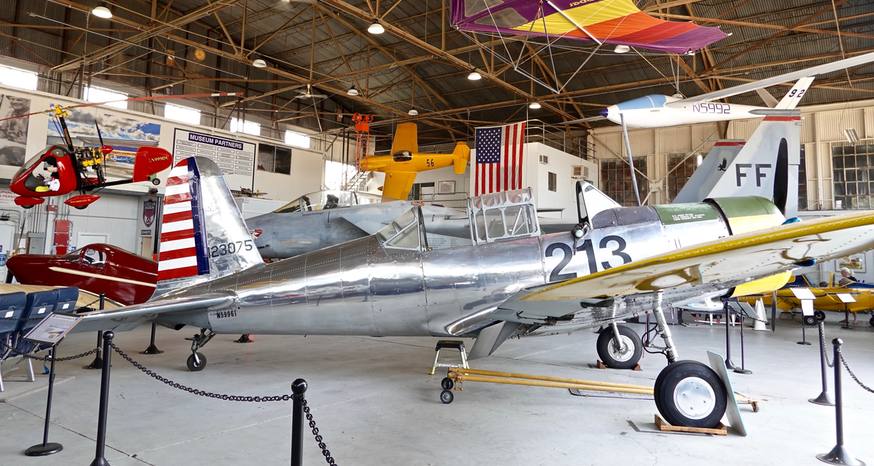 An array of planes fills an old hangar that is now the Chico Air Museum. (Image: Kathryn Reed)

Planes of all shapes and sizes, along with parts—like a tire from a space shuttle—are packed into what looks like a nondescript hangar just steps from the tarmac at Chico Municipal Airport.

The Chico Air Museum, which has been open since 2005, is impressive with its multitude of planes, displays, history and future plans. When the museum opened it was in a small World War II Army Airfield building. Needing more space, in 2015 the museum moved to a large WWII Army Air Corp hangar.

Knowing nothing about the museum other than it existed, this was quite a delightful find. So much information is available that it would take hours or multiple visits to absorb everything.

It was the history that captivated me the most. The Chico Army Air Field existed from April 1942 to December 1945. A United Press story published in the Chico Record newspaper on March 3, 1944, said, “Chico Army Air Field will become a Fourth Air Force base in late April.” 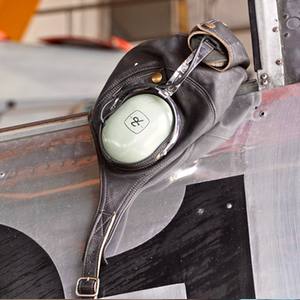 Gear has come along ways through the years. (Image: Kathryn Reed)

The federal government via eminent domain acquired 276 acres one mile north of the airport for the Titan 1 Missile Program. An extensive underground complex was developed, which included three missile silos. On May 24, 1962, an explosion at the site completely destroyed one of the missiles and caused significant damage to the silo.

The missile site was deactivated in 1964. The city of Chico in 1982 declined to accept the property from the government because of liability concerns. That land is now privately held.

Plenty of information about the Titan 1 Program is available at the museum, as is other military information.

A small section is dedicated to aerial firefighting. To this day the airport is an air attack base for CalFire. The base was established in 1969.

Future plans at the museum include re-creating the interior of the International Space Station. Even so, the space exhibit still seems extensive, with the details a bit exhausting. But better to be comprehensive than lacking in information.

I was surprised to see and thus learn the space shuttle tire isn’t much bigger than a truck tire. The difference is that tire can “carry three times the load of a Boeing 747 tire.”

Volunteers wander about, able to answer questions if the displays didn’t cover something. 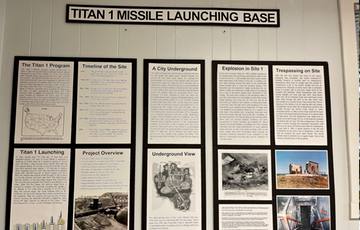 In depth details about Chico’s involvement in the Titan I Missile Program line one wall. (Image: Kathryn Reed)

Most planes are inside, though some are outside. 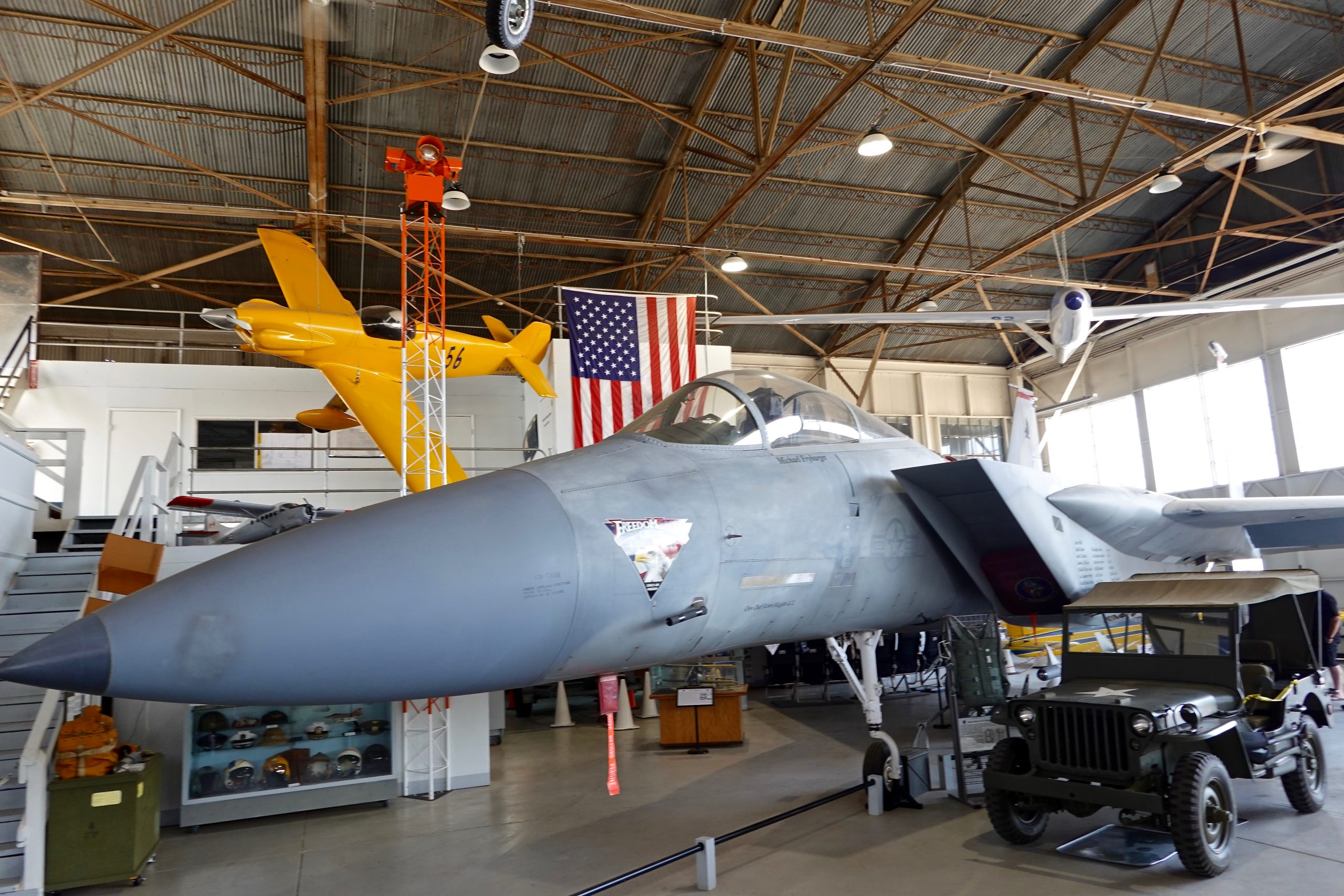