Church of One Tree illustrates the power of single redwood

Even from the back—which is what faces the street—this former church seems special.

Known as Church of One Tree, this structure is now owned by the city of Santa Rosa. Since 2011 it has been available to be rented for weddings and other special events. 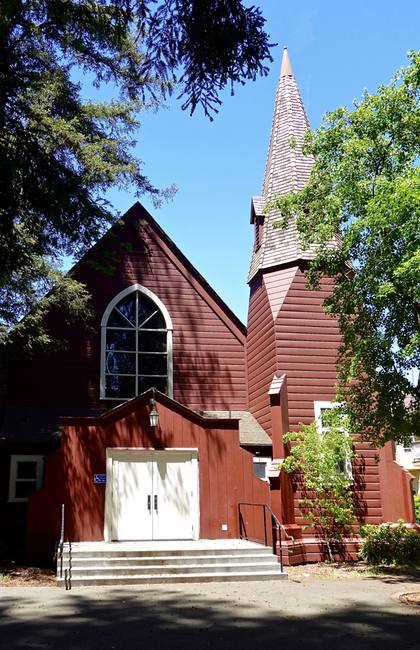 Church of One Tree in Santa Rosa may be rented for special events. (Image: Kathryn Reed)

The front looks out onto Juilliard Park near the Luther Burbank Gardens. Appropriately a small grove of redwoods separates the park and the building.

This is appropriate because of what makes the building so unique. It was built in 1873 from a single 275-foot-tall, 18-foot-diameter redwood harvested in nearby Guerneville. It produced 78,000 board feet of lumber.

This was originally the home of First Baptist Church on Ross and B streets before it was relocated to its current home on Sonoma Avenue. 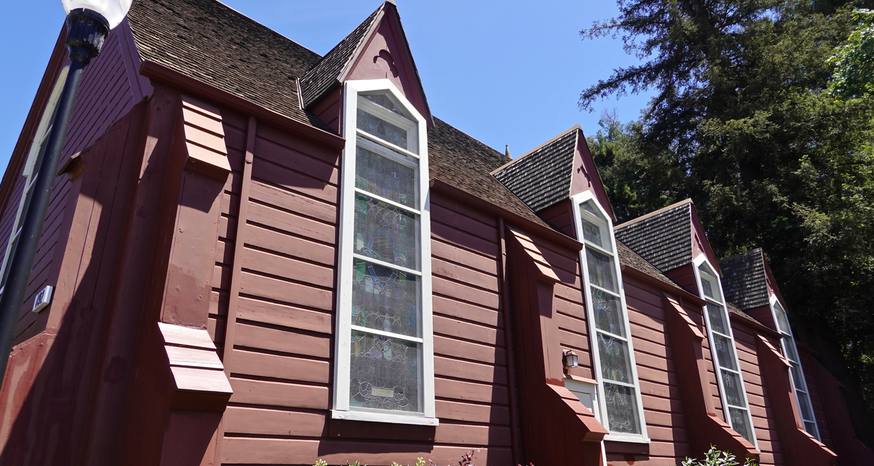 Robert Ripley of Ripley’s Believe It or Not Fame featured the structure for being built from a single tree. In 1970, the Santa Rosa native turned the building into the Ripley Memorial Museum. After a couple decades the museum closed and the building became neglected.

Through the efforts of a city parks employee who initiated a campaign to refurbish and preserve Church of One Tree, donations came in and volunteers worked to turn it into something residents could be proud of.

Just looking at it from the outside, without being able to enjoy the multiple stained glass windows from the inside, is worth stopping by when in the area.