To the unknowing it’s hard to tell if the concrete structures are remnants of the old bridge or the beginning of something new. To those who are familiar with the Butte Creek Canyon, they see hope.

The 2018 Camp Fire that leveled the town of Paradise brought other destruction, including wiping out a historic bridge that for more than a century crossed Butte Creek. The Honey Run Covered Bridge, which was built in 1886, was reduced to ash in the PG&E caused inferno.

The bridge had been placed on the National Registrar of Historic Places in 1988. This was the last-three span Pratt-style truss bridge left in the United States. It was 238 feet long, with the sections being 30, 128 and 80 feet, respectively.

Less than a dozen covered bridges exist in California. 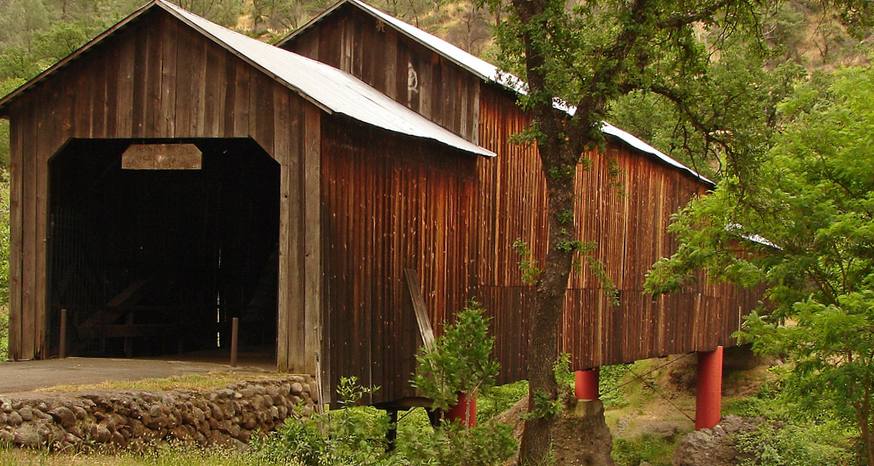 The Honey Run Covered Bridge near Chico before it was destroyed in 2018. (Image: Bernice Livingston)

Today, the nonprofit Honey Run Covered Bridge Association is raising money to rebuild the structure. Almost one-third of the $3.3 million needed to do so has been collected. The rebuild has been split into three phases, with the first one completed. This included the foundations, abutments, columns, and bank protection.

Flooring and trusses would be next, with the siding and roof the final stage. Each phase will be built once the funds are secured.

When it was first built the cost was $4,300, though that did not include the cover. The cover was added in 1901 to protect it from weather and use. The bridge was built to carry up to 1,500 pounds. This accommodated pedestrians and wagon trains to begin with, then automobiles.

For years it was the main route to Paradise before the Skyway was built. The covered bridge was open to vehicles until April 12, 1965. That day the eastern side collapsed after a truck ran into a corner.

At that time county officials said they would not rebuild the bridge, but instead created a concrete and steel route nearby to cross Butte Creek that was better suited for vehicles.

Local residents were not happy the covered bridge would no longer exist. This is when the Honey Run Covered Bridge Association was created. Through donations the covered bridge reopened to foot traffic in 1972. Special events such as weddings took place at the bridge.

That same association is in the process of rebuilding the bridge to what it was prior to the fire. 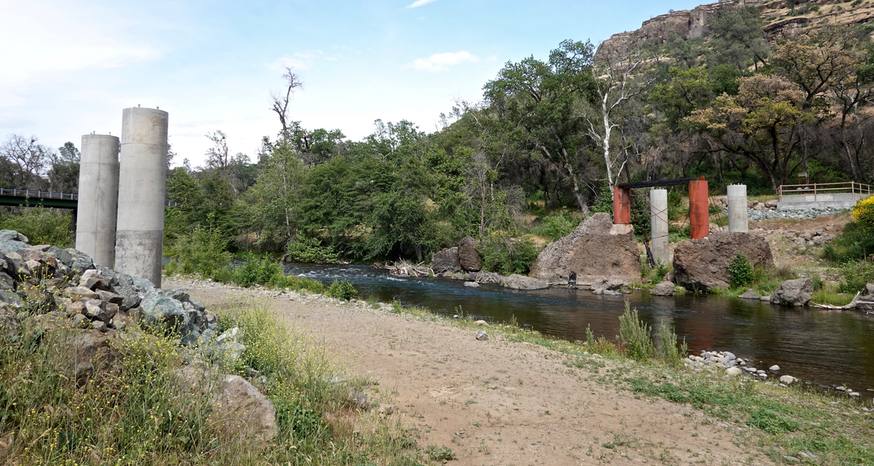