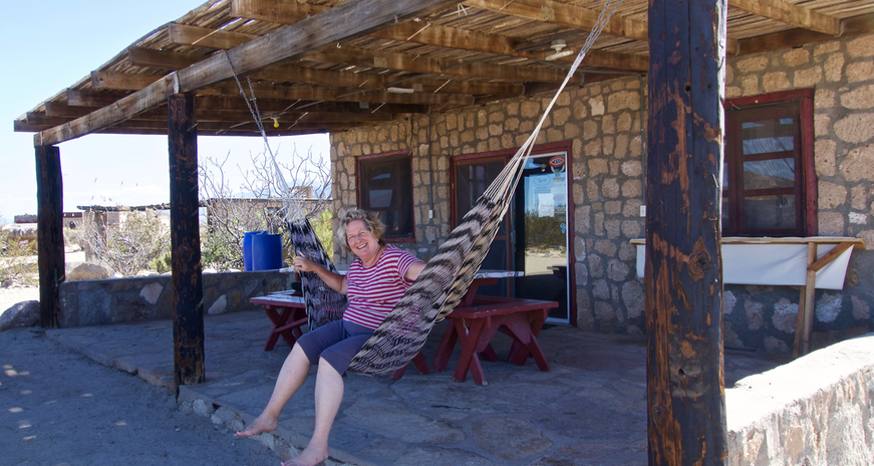 Don’t drive at night. That was the one piece of advice everyone shared about making the trek down the Baja peninsula.

It’s not crime that is the big worry, it’s the cows. One can take out your vehicle – if not worse. It will likely kill the animal and create a mess not worth experiencing. A month before starting my journey friends hit a horse on the road. Their truck was still in the shop months later.

My sister, Jann, and I were in the front of my Jeep Wrangler. My dog, AJ, in the back in an elevated perch that changed as we rearranged the contents. We all agreed no night driving.

First night in Mexico we were driving at night.

AJ sprawls out as much as she can in the back of the Jeep. (Image: Kathryn Reed)

It became a little joke that the map app said all destinations were about a four-hour drive. The problem is Highway 1 (aka the Trans-Peninsula Highway) – the road that runs the length of Baja – is not always four-lanes with a speed limit of 65 mph or 100-plus kilometers per hour. Sightseeing, of course, also extended the day.

Other than being stressed, the experience wasn’t harrowing. It was good there were two of us because that first night the signs to the hotel were impossible to read. Getting directions on the phone saved us. 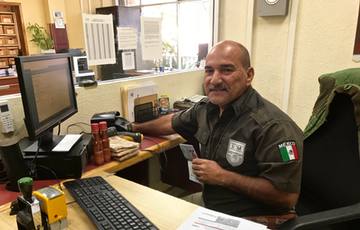 The agent at the border in Tecate makes the process easy. (Image: Kathryn Reed)

It’s about 1,000 miles from San Diego to Todos Santos on a highway that at times reminded me of the pot hole roads of South Lake Tahoe, Calif., where I was moving from, and at times a two-lane country road and at times a U.S. highway. The only “scary” parts were the 18-wheelers who passed me because I wasn’t doing my usual lead foot driving (thought getting a ticket in Mexico might be more problematic than it is in the States), and truck drivers who had a wheel on the center line and I had no shoulder. There were definite white-knuckle moments.

It took us five days, four nights. (I had already spent a day driving from Tahoe to San Diego.) We stopped at prearranged destinations. The three hotels came recommended from friends, while we were taking a chance on the Airbnb in Bahia de Los Angeles. 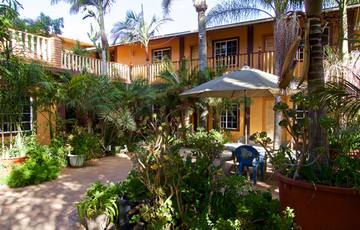 Hotel Jardines in San Quintin is lovely and has a decent restaurant. (Image: Kathryn Reed)

Crossing the border at Tecate was no big deal. They didn’t ask for AJ’s papers, my Mexico car insurance or international driver’s license. In fact, the guy stamping our paperwork was pretty funny – even let me take his picture. He was selling empanadas and hot sauce – which we bought. My thinking was anything to please the holder of the stamp. The inspector looked in the Jeep, but didn’t have me take anything out. 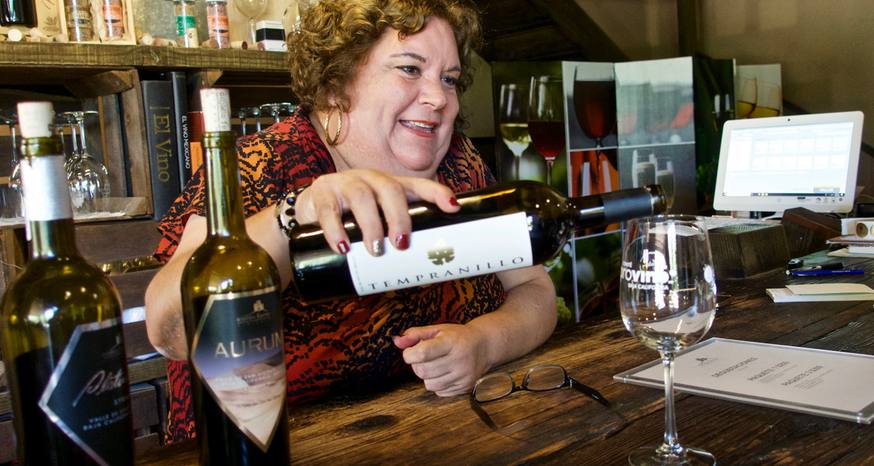 We whizzed through Tecate. The brewery tour will have to wait for another day.

Onto the Valle de Guadalupe – Baja’s wine region. Some of it is stunning. But when aren’t vineyards? A couple of the buildings are Napa-esque. I had read how they are planning to build a water treatment plant for the vineyards to use recycled water. Water is a scarce commodity throughout Baja.

We stopped at Castillo Ferrer. We were the only ones. Great setting, cute interior. The woman poured us a handful of wines. The Cabernet was our favorite. It was $30; would have been at least twice that in Napa or Sonoma counties.

I had looked into hotels in Valle de Guadalupe so we could spend more time exploring and drinking. My brief search came back with prices beyond my budget for that road trip. 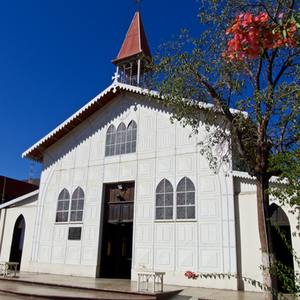 The church in Santa Rosalia was designed by Gustav Eiffel. (Image: Kathryn Reed)

Just south of Ensenada we went to la Bufadora, a natural blow hole on the Pacific. Worth the detour if you have the time. Had the tastiest churro there I’ve ever had.

We had been told about the federal checkpoints. Most of the military dudes (and they were only men) waved us on without so much as saying hola. One had me take AJ out as his partner looked inside the glovebox and center console, and presumably eyed all the crap I had loaded in the Jeep. Just outside of La Paz (capital of Baja Sur – Baja is divided into two states, each with its own governor) they finally asked for my insurance. He compared the VIN on the Jeep to the paperwork. Considering I had heard a small horror story about a checkpoint encounter early in the summer, I was wary about each stop and relieved all of ours were uneventful.