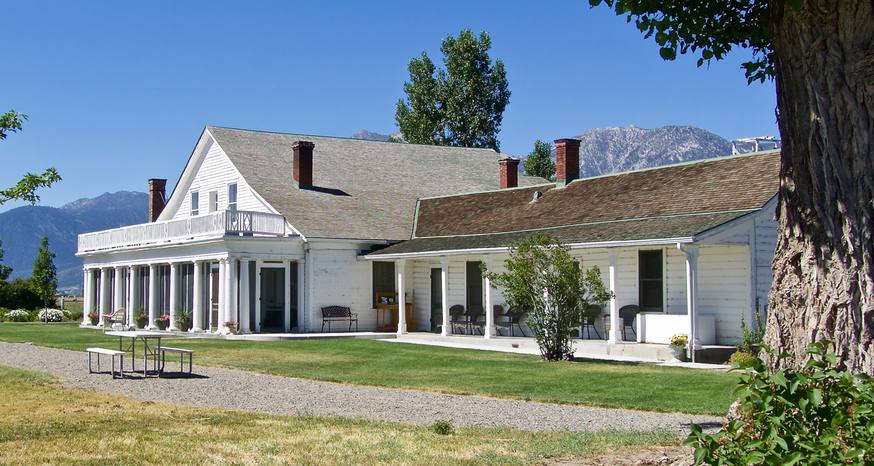 The Dangberg estate started as a cabin and grew as the family increased in size. (Image: Kathryn Reed)

As a gentle breeze blew it was as though the secrets of days gone by were being carried in the wind. Several of the secrets about the Dangberg clan are revealed in an hourlong guided tour of the family’s old homestead on the outskirts of Minden, Nevada.

Patriarch Heinrich Friedrich Dangberg came to the area in 1856. He was 18 when he left Germany, having stopped in other locales in the United States before putting down roots in the Carson Valley. The ranch grew to 48,000 acres. While some descendants are still alive, four generations lived in the family home from 1857 to 1995. Today the site contains eight structures built between 1857 and 1917. On the adjacent parcel, which is private land, is the Dangberg barn built in 1875, a corral, and deteriorating brick slaughterhouse from 1918. All the meat the family and workers consumed was processed at the ranch. This included beef, pork, sheep and poultry. 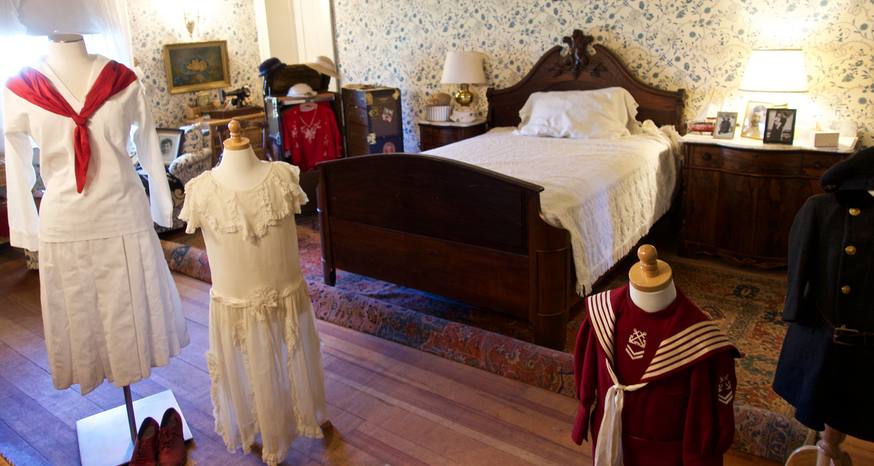 Clothing worn by the family and other items fill one of the bedrooms. (Image: Kathryn Reed)

Dangberg served three terms in the Nevada Legislature, in the House and state Senate. (His son, Fred, served two terms in the Legislature.) The elder Dangberg died in 1904 at the age of 73. He was buried at the Lone Mountain Cemetery in Carson City. Two years before his death the family formed the Dangberg Land and Livestock Co.

The Carson Valley might look much different if the Dangberg family had decided to settle somewhere else. They successfully diverted the Carson River to irrigate their fields, ensuring there was hay year round. The Dangbergs were some of the first ranchers in Nevada to grow alfalfa. The family developed the town of Minden in 1905; it became the county seat in 1918. The old flour mill that was founded by the Dangbergs is now part of the Bently Heritage Estate Distillery. They had a role in getting electricity to the valley in the early part of the 20th century.

In 1866, Dangberg married Margaret Ferris. (It was her brother who invented the Ferris wheel.) The lineage of Clarence Dangberg, the youngest of their five children, is the only surviving clan. He started the C.O.D. Garage in Minden, which today is the C.O.D. Casino.

Fred Dangberg, the oldest son, was an entrepreneur and risk taker. He allowed the V&T railroad in Carson City to lay down tracks across their land, with the terminus being Minden. The Dangbergs weren’t friendly with the folks in Gardnerville, and were able to keep the train from going that far south. He developed a gambling problem, used the company checkbook to pay off his debt, and was eventually kicked out of the company.

First the agriculture market collapsed, then the stock market, mix in family infighting and the Dangberg clan started to unravel. They were able to hold on, even recover and grow their land holdings after World War II. 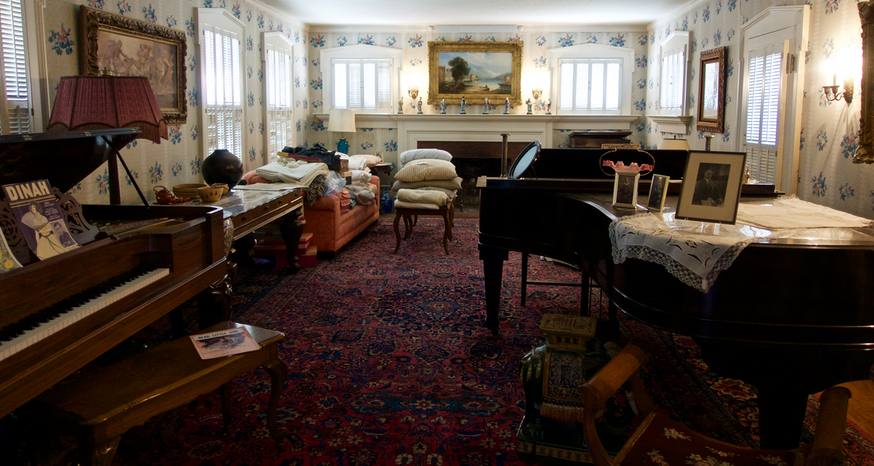 The parlor is filled with a slew of items that once belonged to the Dangbergs. (Image: Kathryn Reed)

The ranch was sold in 1978 to ranchers in the area. A life estate allowed three remaining Dangberg women to live out their lives at the house. The last woman died in 1995.

In 2007, the Dangberg Home Ranch Historic Park opened to the public. Tours started that same year. It encompasses 5½ acres. More than 43,000 original items belonging to the family remain. More items continue to be added to the estate. In 2019, a freight wagon that belonged to the family was obtained from the Dayton Valley Historical Society. Restoration is ongoing, with a grant recently secured to restore the columns that were once the entrance to the ranch. Today the park is owned by Douglas County, with the site run by the nonprofit Friends of Dangberg Home Ranch. In non-COVID times events are scheduled seasonally.

Tours now are limited because of the pandemic. Mark Jensen takes people around the outside, telling stories about various members of the Dangberg clan. Photos of who he is talking about are in the barn, with more in the screened in porch. It’s easy to imagine a lazy afternoon of sitting there with a spiked lemonade or something else cool to drink. While the three upstairs bedrooms are off limits to visitors, it’s possible to tour the main house. In all, there are five bedrooms, two parlors and the kitchen in the main house. The north wing includes the ranch kitchen and workers’ dinging room. Jensen stands outside regaling guests with stories about the 4,000-square-foot home, the old grand piano, the Persian rug and all that the home contains.

The cellar and workers’ dining hall are open to self-guided tours. This is home to the oldest refrigerator in the valley and so many more artifacts from an era that seems so long ago. 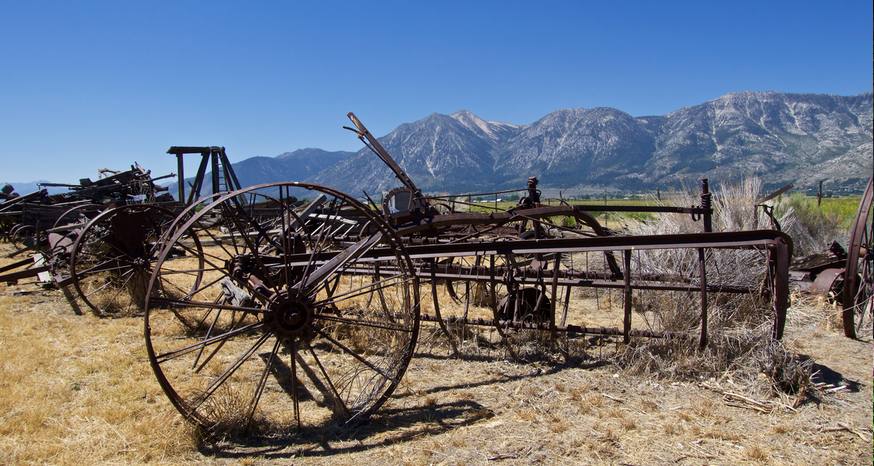 Equipment left over from the ranching days sits idle along the fence. (Image: Kathryn Reed)