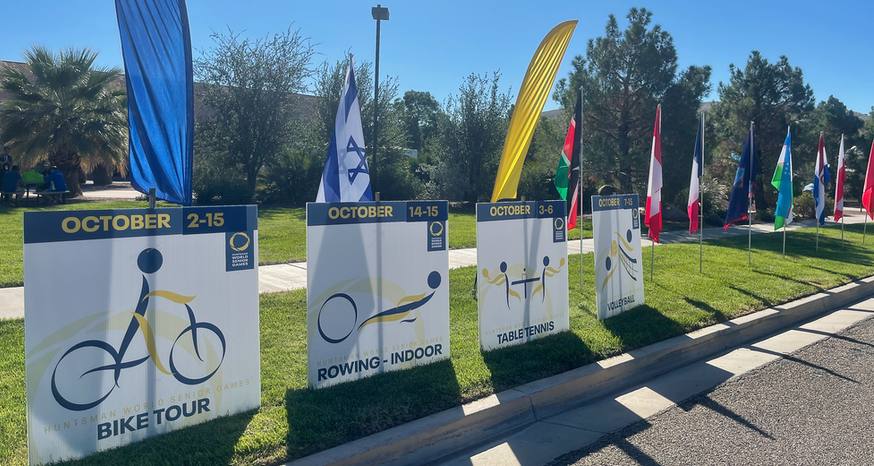 Peace, health and friendship are the principles of the Huntsman World Senior Games.

This month marked the 35th year for the multi-sport event for athletes who are at least 50 years old. It’s billed as the largest such event in the world. People from more than 86 countries have competed. Some years more than 11,000 people participate.

“In 1989 Jon M. Huntsman, chairman of the Huntsman Corporation, became the games’ principal sponsor after recognizing that the games not only fostered lifetime fitness, but also expanded Utah’s economic vitality. A proud supporter of the games, the Huntsman family continues to open the games personally,” the event’s website says.

It was tennis that drew me to this two-week competition. I was there for one week as I only competed in the singles event based on my age/ability level. Others in my circle played women’s doubles, mixed doubles, volleyball, archery, shuffleboard, and indoor rowing.

People could also participate in:

Other activities are part of the games, like an opening ceremonies (I didn’t see this), a bike tour (we did our own that was a bit more challenging), a friendship festival (we had each other), and the health screenings.

This is definitely something I would go back to. The vibe was great. The competition good. The moto of peace, health and friendship was definitely more than just words.