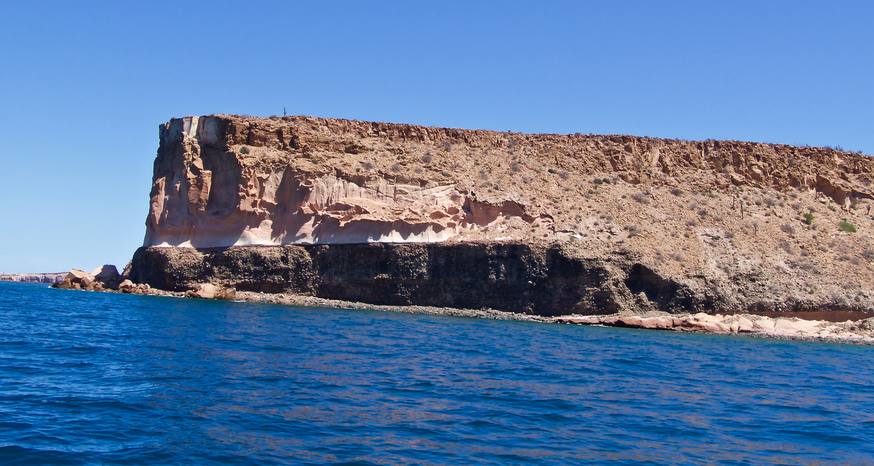 Isla Espíritu Santo off the coast of La Paz is a full day of outdoor splendor. (Image: Kathryn Reed)

Belly rubs. Who knew a sea lion would love one?

The baby swam around me, then stopped underwater as I stroked her stomach. It was just like petting my dog, AJ, where she can be so submissive. I had no idea how playful these wild creatures could be, or how soft they would feel.

Swimming with sea lions was one of the highlights on this particular excursion to Isla Espíritu Santo off the coast of La Paz.

In addition to being a national park, in 1995 UNESCO declared it a world heritage site and biosphere reserve. Espíritu is 15½ miles long and nearly 5 miles wide. The highest point is about 1,968 feet. It is the 12th largest island in Mexico, at more than 31 square miles. There are more than 1,000 islands just in the Sea of Cortez. 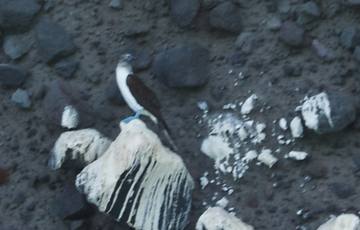 Hector, our guide with Alonso Tours, and captain Polo, were wonderful with the information they provided and skill in navigating the waters in what was a rather small panga. It was perfect for the seven tourists who hailed from Baja, Europe and the United States.

The tour is actually of three islands which make up the national park. Isla Partida is where we stopped for lunch on the beach in Ensenada Grande Bay. Just north of it at the top of the trio is Los Islotes where the sea lions were.

Even before we reached the main island, which takes about an hour to get to by crossing the San Lorenzo Channel, we cruised by Seagull Island. We were treated to the rare sighting of a blue-footed booby. Baja is a gathering place for birds from North and South America, making it a paradise for birders.

The land and water are beautiful in their own right. (Image: Kathryn Reed)

Thirty-eight endemic species call Espíritu home, with 500 animals on land or water residing in the area.

The heads of a few green sea turtles seemed to bob in the water as they came up for air. Dolphins and a couple manta rays did their dances.

As we snorkeled past the sea lions, it became an underwater party with all the fish – puffers, parrot fish, trumpet fish, golden jack, balloon fish, sergeant major and more. We swam through a narrow rock passageway that led to a lovely coral reef. Here sea urchins, starfish and other creatures were nestled into the coral. 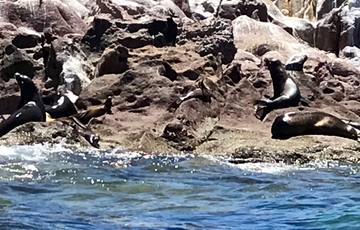 Without a wet suit, being in the water for about 30 minutes was plenty.

We had another opportunity to swim and snorkel at our lunch stop; glad we chose to do so.

Unfortunately, we were not permitted to explore on land beyond the beach; this was a protected area. A hiking trip might have to be the next trip.

Espíritu is mostly volcanic rock and sandstone. It’s an interesting blend with the volcanic rock appearing to be prehistoric and the yellow-red sandstone looking almost delicate to the touch. A few cacti are growing out of the rocks. Other vegetation seems to be minimal, at least from our vantage points.

Most of the trip is on the boat – which is wonderful in itself for sightseeing, then swimming with the sea lions, and the lunch stop.

The only negative was witnessing a worker from another boat rinsing off the lunch plates in the otherwise pristine waters. This happened with an occupied park police vessel two boats down. Back on our boat, I mentioned this to Hector, our guide, and he said everything on the plate would be natural, citing the ceviche in particular. I called him out on this, saying that isn’t what fish eat. He said in recent years there have been a lot of improvements when it comes to being ecologically mindful, like not having individual water bottles for patrons. He concluded that things like dish washing in these protected waters is the difference between how a First and Third World Country treats national parks.

Going to Espíritu requires doing so with a guide or purchasing a permit. Kayaking and hiking are also available, with multi-day excursions an option.