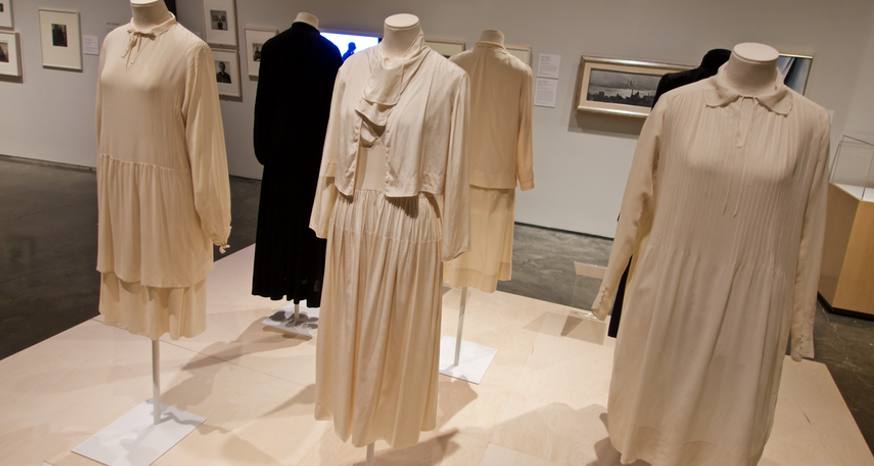 Artist Georgia O’Keeffe’s wardrobe is the subject of an exhibit in Reno. (Image: Kathryn Reed)

It is striking how drab artist Georgia O’Keeffe’s wardrobe was compared to her vibrant paintings of flowers and the landscape of New Mexico.

While she preferred to be dressed in black, the garments were not shabby by any means. In some ways, her clothing was artistic as well. Many of the dresses she made, especially early in her career. The cream colored silks are simple, yet exquisite. 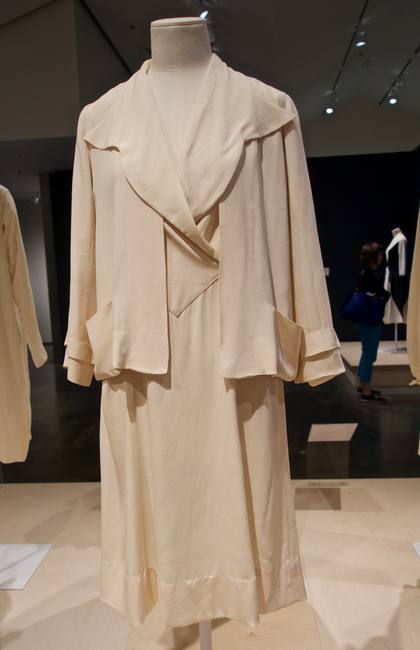 The dress above is described as, “This two-piece outfit is a fine example of O’Keeffe’s skills as a seamstress and a designer. The ingenuous design allowed her to put the dress on over her head, eliminating the need for buttons, belts, or zippers. The jacket also lacked buttons or closures and was designed to lie smoothly under or over the draping collar of the dress.”

This is one of many of O’Keeffe’s articles of clothing on display now through mid-October at the Nevada Museum of Art in Reno. Titled “Georgia O’Keeffe: Living Modern,” the exhibit is a history lesson of sorts. The clothing shows an evolution in styles. With O’Keeffe dying in 1986 at the age of 99, she lived through several fashion periods. 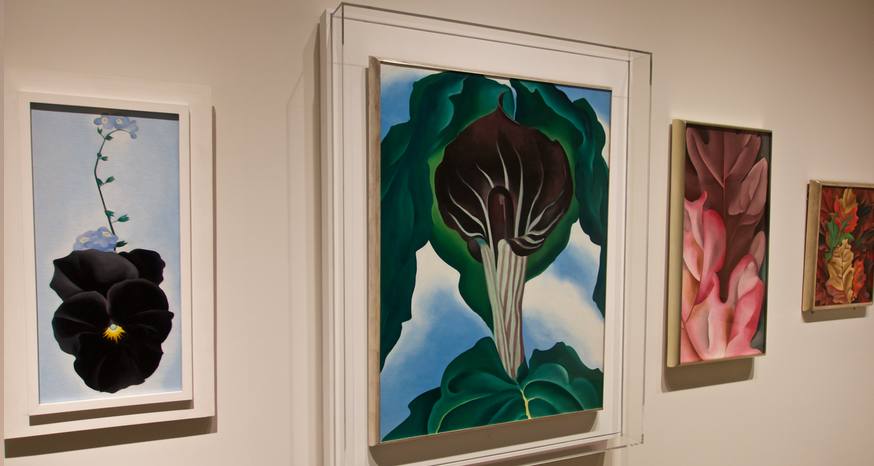 Mostly, though, she wore what she wanted. In this way, the exhibit also brings a human element to this renowned artist that isn’t necessarily revealed through her work. While the world has known O’Keeffe’s individuality through her paintings, now all can understand her in deeper way through her wardrobe and how she posed for the camera.

It was interesting to see the actual dress and later pants next to a photograph of O’Keeffe wearing the outfit. 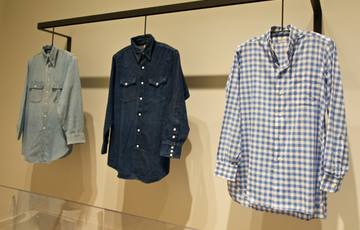 These denim shirts look like they have never been worn. (Image: Kathryn Reed)

One section says, “From her early years on, O’Keeffe had a soft sport of Japanese kimonos and put together a personal collection of them to wear around the house as bed and bath wear. In her later years, she adopted a kimono-like wrap dress as her signature outfit. Travelling to Hong Kong in her seventies, she bought off-the-rack garments and accessories, and ordered custom-made coats and dress suits in local silks, incorporating details like mandarin collars and frog button closures.”

One thing about this exhibit that is also unusual compared to showings specifically of her work is the number of photographs of O’Keeffe. Of course there were ones by her famous husband Alfred Stieglitz, but also pictures by Ansel Adams, Philippe Halsman, Yousuf Karsh, Cecil Beaton, Andy Warhol, Bruce Weber and Todd Webb.

Interspersed among the clothing are paintings by O’Keeffe. The contrast of color compared to the clothing is striking. To me, it shows an artist wanting her work to be the focus and not herself. 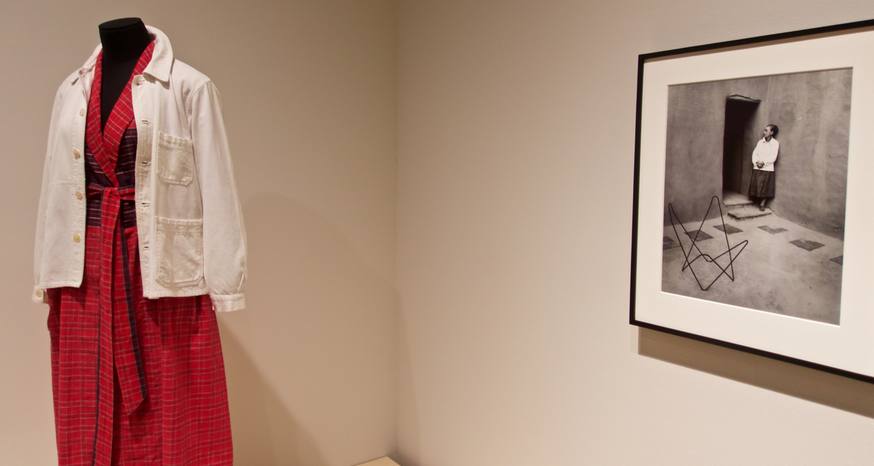 The dress, left, and on the right Georgia O’Keeffe wearing it. (Image: Kathryn Reed)