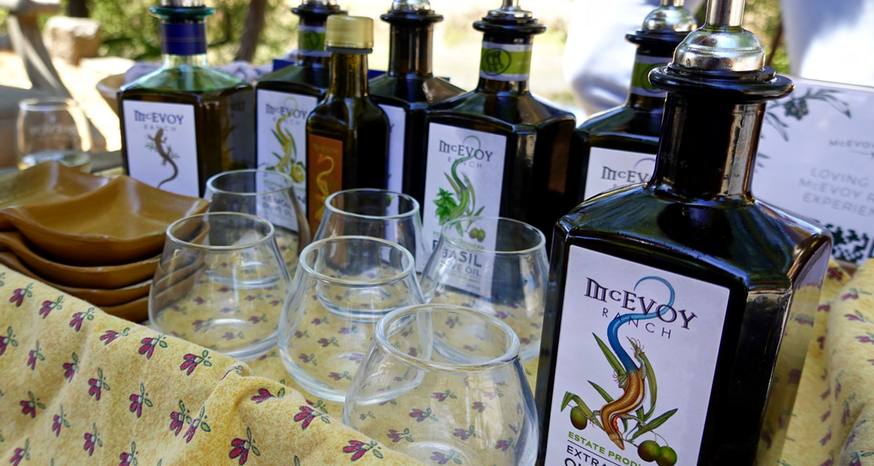 Gargling isn’t the term Sam Dorsey used, but it was essentially the action she told us to take. She may have said slurp. The point was to have the liquid linger in the back of the throat.

Dorsey is president of McEvoy Ranch, having started with the company 20 years ago as a gardener.

What an experience the ranch has created. Most of the tasting, though, was traditional with bread dipped in the oils. I left with a new appreciation for what olive oil should taste like.

In 1990, Nan McEvoy founded the 550-acre ranch located in the Petaluma Gap that divides Marin and Sonoma counties. Only 15 percent of the acreage is planted. More wine grapes used to be grown there, but the current philosophy is to focus more on olives. They are grown, harvested, milled, blended, and bottled on site. 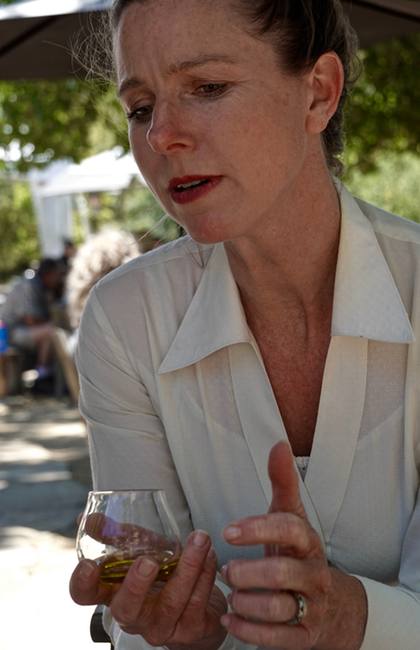 If it weren’t for the San Francisco Chronicle, there would be no McEvoy Ranch.

This is because the founder of the ranch, McEvoy (née Phyllis Ann Tucker), was the granddaughter of M.H. de Young. He along with his brother founded the Chronicle in 1865. McEvoy in 1981 became chairwoman of the parent company of the Chronicle.

She was living in Georgetown on the East Coast at the time. That was a place she called home for 36 years. In 1989 she returned to the West Coast to better manage the family’s publishing enterprises. At the time she and her son, Nion, owned one-third of the holdings, with nearly two dozen family members controlling the remainder of the enterprise. McEvoy died in 2015 at age 95, 14 years after the newspaper was sold to the paper’s rival Hearst Corporation for $660 million. Prior to that, family discord forced her out as chairwoman by implementing a bylaw stating no one could be on the board over age 72. McEvoy was 75 then.

Today, Nion McEvoy owns the ranch. It is because of him and his management team that the ranch has been turned into a tourist haven and a force in the industry.

Dorsey is involved in the industry as a whole, including backing California legislation that would change labeling practices. She is an advocate of a bill that would mandate labels could only say “California Olive Oil” if 100 percent of the olives are grown in California.

At McEvoy Ranch the organic traditional blend is the most popular. It is a combination of seven Italian varietals. Absolutely delicious. But so were the flavored oils—like garlic, lemon and basil. One that isn’t often seen is jalapeno. Also great. 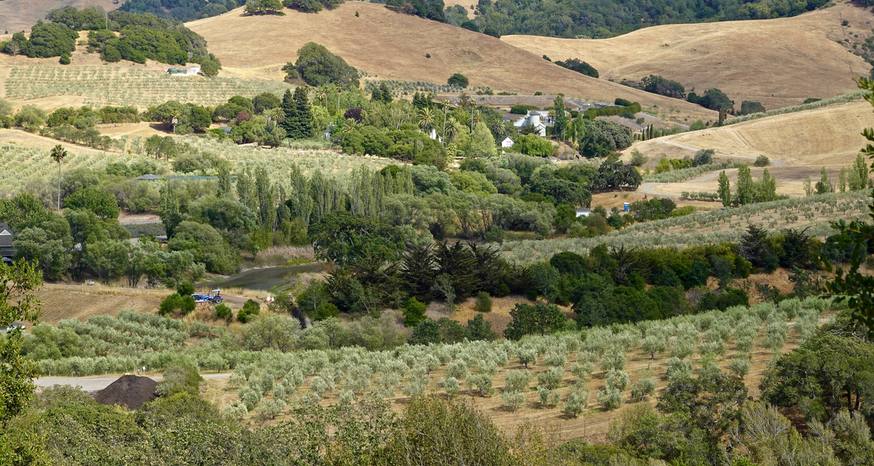 A small fraction of the 550-ranch is planted with olive trees and wine grapes. (Image: Kathryn Reed)

Dorsey said new blends are always in the works. The latest to be bottled is ginger turmeric. It would be best as a finishing oil. I’ve used it on a roasted vegetable green salad. Loved it.

The setting is completely serene. It’s a perfect place for tasting oils and wines. It’s off the beaten trail, doesn’t feel like you are in the Wine Country, and seems so civilized. They aren’t into high pressure sales of product or joining their clubs—though there is plenty of product to buy and more than one club to join if you choose.

This is a destination I highly recommend. Fantastic experience. We left with wine and olive oil.