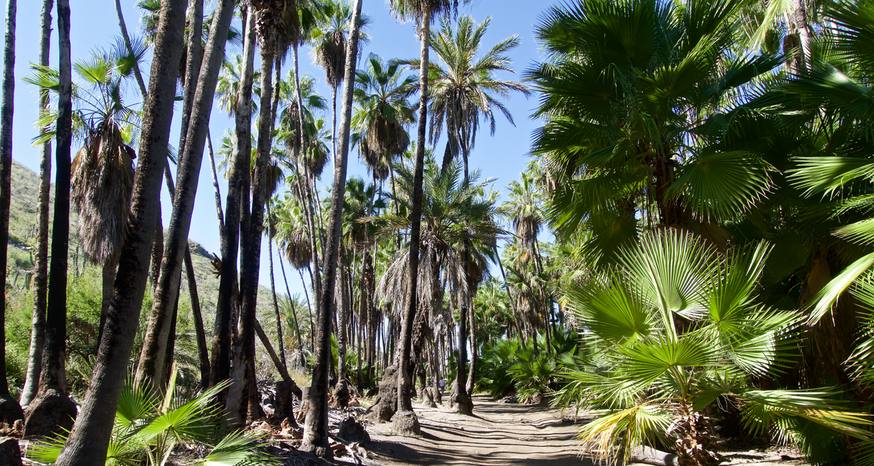 “A spectacular beach at the end of a dirt road.” This could be the description of so many beaches in Baja California Sur. For Playa Las Palmas (Palm Beach) spectacular is an understatement. 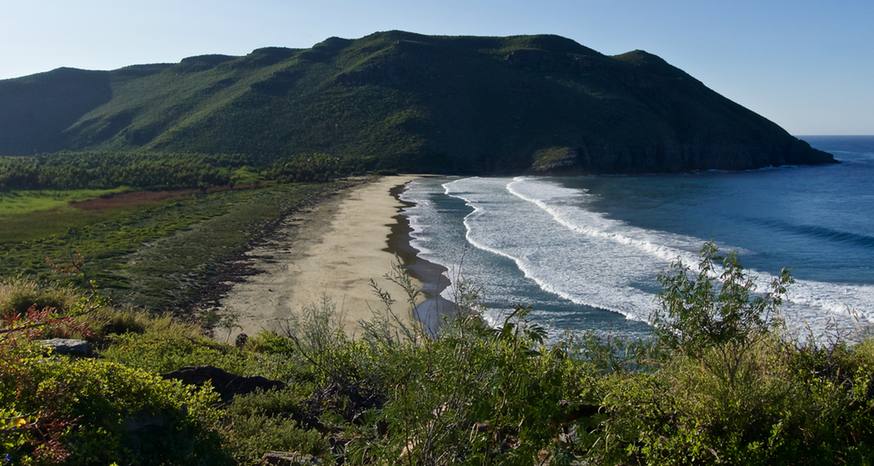 Palm Beach from the north as seen from a hiker’s perspective. (Image: Kathryn Reed)

Palm trees – too many to count – line both sides of the dirt trail from the parking area to the beach. It is a breathtaking walk under all those palms. It’s an archway of tropical beauty leading to a stretch of secluded sand. 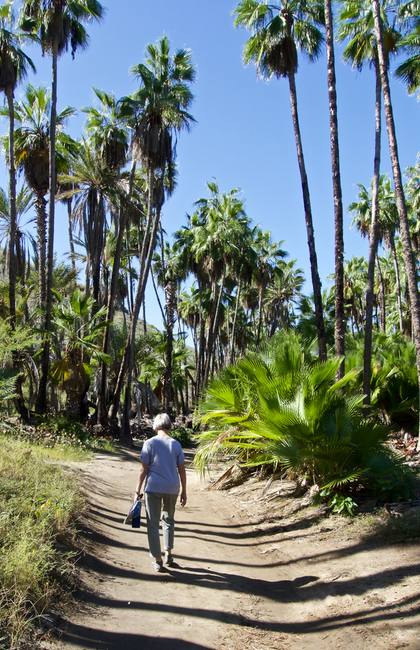 It’s impossible not to be taken in by what Mother Nature has provided no matter how many palms one has previously seen.

It’s unspoiled. No concessions. Nothing but nature. 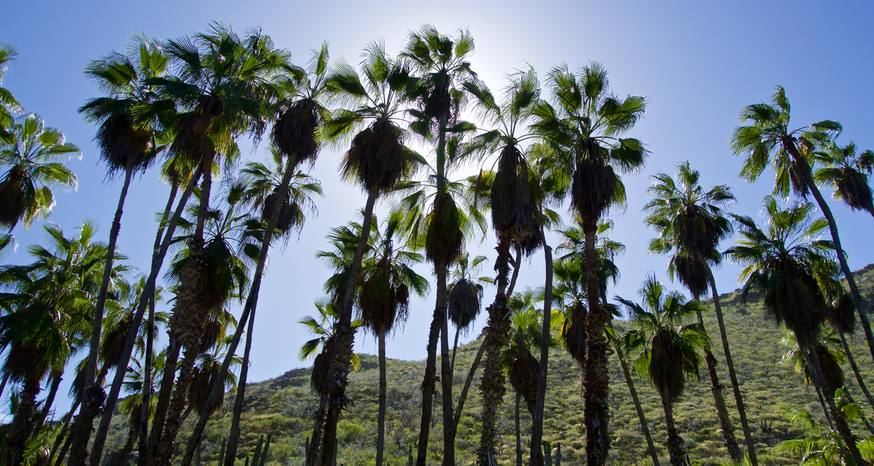 Rock formations at both ends help form a small bay of sorts, making it feel more protected than some areas.

Bring a chair, an umbrella and stare into the Pacific Ocean or read a book. Definitely walk the rather short length of the beach to see it from all angles. The palms, of various heights, appear to be a gentle wall of sorts behind the sand. 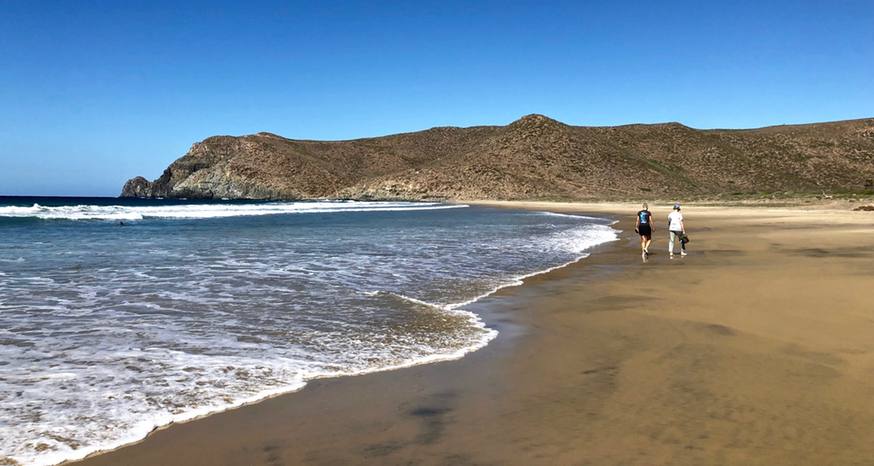 This is one of those questionable beaches when it comes to swimming. The surf is often less threatening here than at other locations, making it inviting. The undertow can be deadly, though. A good indicator is looking at how much sand is being churned up; that is a sign for undertow. And if no one else is swimming, you probably shouldn’t be either. Like all locations, there are times when the waves are substantive. People will surf here. 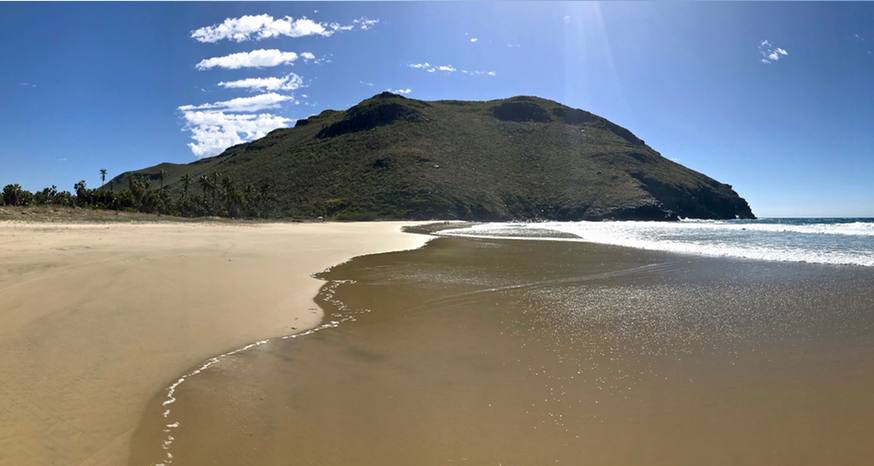 Also known as San Pedro beach, this stretch of sand is a bit closer to Pescadero than Todos Santos. It’s easy to miss kilometer marker 57 heading south on Highway 19. There are no signs for the beach. U-turns may be a necessity and an annoyance based on how far you have to go to turn around. Don’t worry, it will be worth the extra mileage if that’s needed.